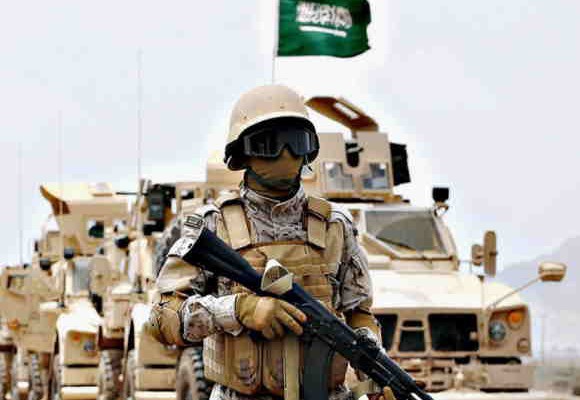 The Saudis want a quick way out of their war, but the Houthis won’t settle for half-way solutions

What most worries the Houthi Ansarullah movement and its government in Sanaa is not the ongoing battle for Ma’reb, with its advances and retreats, but the negotiations that have been taking place between Iranand Saudi Arabia, especially as they relate to Yemen.

The Houthis believe it is only a matter of time before they regain control over the strategic city and its oilfields which provide Yemen with 70% of its revenue. Sources close to the movement told Raialyoum it expects its forces — who have taken many of the surrounding areas, clearing the way to the city centre — to make a triumphant entry into Ma’reb by the end of the year. But they conceded that fierce fighting continues with the armed groups defending the city, especially what they described as “takfiri forces”.

The Ansarullah-led alliance has meanwhile stepped up missile and drone attacks on infrastructure, airports, and oil installations around the southern Saudi cities of Jizan, Najran and Abha in response to relentless Saudi airstrikes aimed at halting their advance on Ma’reb.

But the Houthis are not happy about the Saudi-Iranian talks, four rounds of which have been held so far in Baghdad, making significant progress, with a fifth due soon. They do not want Tehran to hold the keys to the war in Yemen nor give the impression that it has the final say on it or speaks for the Houthis and their allies.

“Iran can negotiate with the Saudis about bilateral disputes between the two countries and how to restore ties that were severed in 2016 after the Saudi embassy was torched in protest at the execution of Sheikh Nimr Baqer al-Nimr,” a senior official in the Sanaa government told Raialyoum, speaking on condition of anonymity. “But it must not speak on our behalf about Yemen. The Saudis must approach Sanaa directly and not through go-betweens.”

He added that the Ansarullah movement “would like our Iranian allies to provide clarifications in this regard.”
We do not know whether Tehran will offer such clarifications to the Sanaa government or the Houthi leadership in Saada. But we do know that Iran will not abandon its strategic and ideological allies in Yemen in exchange for restored relations with Saudi Arabia and the reopening of its embassy in Riyadh and consulate in Jeddah. The talks going on between the two sides are ‘tactical’ and unlikely to result in comprehensive solutions to their many differences. They are strategic rivals and do not trust each other. Any agreements reached at the Baghdad talks are likely to prove temporary and partial, like all previous rapprochements between Riyadh and Tehran.

Saudi Arabia wants a quick way out of its financially and morally costly Yemeni imbroglio by all and any means, especially after the US withdrew the Patriot and THAAD air defence systems the Trump administration deployed two years ago to reassure the Saudi leadership after a series of missile and drone attacks on vital oil installations. It is likely that the Biden administration, which is not overly fond of Riyadh, green-lighted the current Saudi-Iranian dialogue in light of its defeat in Afghanistan and reported intention to withdraw from the Middle East to focus on the Chinese bogeyman in East Asia.

The balance of power in the Yemen war is tilting in favour of the Ansarullah alliance. Having managed to hold out for nearly eight years and survive a famine-inducing siege, it rejects ‘patched up’ solutions, as it terms them. It insists on a total lifting of the blockade, a comprehensive ceasefire, and reparations from the Saudi-led alliance for the devastation wreaked by its Operation Decisive Storm. The latter is no minor matter.

The planning minister of the internationally recognised Yemeni government in exile estimates the war has cost the Yemeni economy more than $90 billion while causing the national currency to crash to a fraction of its pre-war value. To this should be added the losses inflicted by more than seven years of bombardment and blockade that killed more than 360,000 Yemenis, mainly civilians, and injured four times that number.

The start of the Saudi-Iranian talks made the Ansarullah more determined to take Ma’reb, so as to obtain acknowledgement of the Sanaa government’s sovereignty over the city may as an early Saudi concession. As for the big prize awaited by the Houthis – Saudi recognition of their government and compliance with all their demands – that can only come through direct Saudi-Houthi dialogue.

0 thoughts on “Scenting victory in Yemen”