HOME / WORLD / The Problem With Yemen 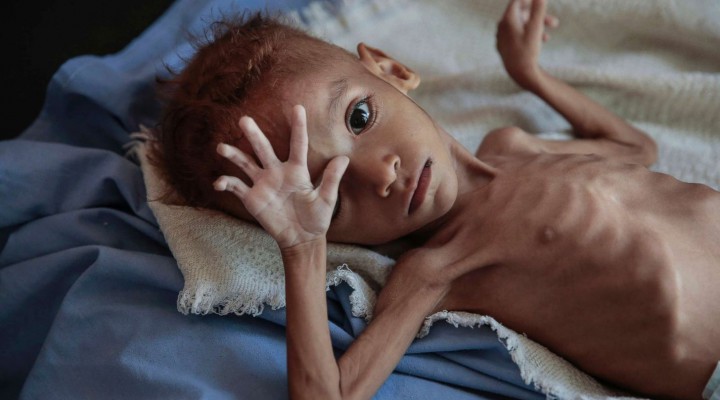 A big part of the problem with Yemen is that the photos of starving kids are too often captioned with “Ohh, look how sad” instead of “Your government is doing this on purpose.”

Warmongers are saying, “If we leave Afghanistan and it returns to Taliban control it will be like the whole war achieved nothing!”

Uh, yeah. Yeah it will be lots like that. How about that, huh?

The only reason Americans think it matters who’s president is because no one’s ever compiled all the data about the entirety of US government behavior around the world to show what a microscopic fraction of a percentage point of that data actually changes between administrations.

My social media feeds are full of Americans literally trying to crowdfund their own survival while the nation’s worst are adding hundreds of billions of dollars to their wealth, but wanting to change this system makes you an extremist.

The Assange case isn’t about national security, it’s about narrative control. Nothing WikiLeaks published endangered the American people, it endangered a globe-spanning empire’s ability to control our understanding of what’s happening in the world. This could not be permitted.

Listening to The Young Turks defend themselves from the outrage that has rightly come their way in left wing media circles you’d think Jimmy Dore broke into their studio and forced Cenk Uygur and Ana Kasparian at gunpoint to lie about Aaron Maté being a secret agent for a foreign government.

Cenk and Ana seem to be running a human trafficking ring out of the TYT office. I have no evidence for this, it just *seems* that way to me. This is a perfectly legitimate thing for me to do. I get to have an opinion. pic.twitter.com/2chGyRSuVr

Imagine if all the people yelling that it’s time to move on from TYT smearing Maté as a secret agent of foreign dictators had from the very beginning just spent all that energy telling Cenk and Ana they need to retract and apologize for a disgusting and unacceptable act. If left indie media had simply united along the very simple and obvious “No we don’t accuse leftist antiwar journalists of being secret agents for foreign governments”, this would have resolved very quickly and wouldn’t have gotten anywhere near as vicious as it did.

It’s just absolutely amazing the amount of creativity people will pour into coming up with excuses for supporting the worst impulses of an unfathomably corrupt and murderous globe-spanning empire.

The revolution will not be televised, because someone dug up its old tweets and now the revolution is too problematic to platform.

The next anti-imperialist socialist voice to rise to a position of prominence will with absolute certainty become the subject of many urgent news reports solemnly informing us that that person is problematic for some reason. Might be antisemitism, might be Kremlin cronyism, might be something else, but they will find something to warn us about, and they will warn us and warn us until that prominent voice is distrusted and its influence nullified.

Seriously, try to think of an influential voice who consistently opposes western imperialism but hasn’t been smeared as an antisemite, a Kremlin asset, a closet right-winger or a kook at some point. Such figures simply are not permitted to emerge without being viciously smeared anymore.

If western leftists ever want to be more than a glorified group chat, they’re going to have to stop letting this happen. They’re eventually going to have to plant their feet and resolve to keep shoving toward their agendas regardless of deliberate divisive concern trolling tactics about the specific individuals within that movement.

As soon as the capitalists figured out that leftists actually have values and care about things while their opponents do not, and that this could be weaponized, they were guaranteed to keep doing so to keep the left down. At some point we do need to stop letting them do this and just go.

It is good that people are becoming more aware of the very real distinctions on the American left. Progressive Democrats are not the same as anti-imperialist socialists, and pretending otherwise was only causing unhelpful tension and confusion. It’s good there’s more clarity now.

This doesn’t mean the two groups need to be isolated from each other, it just means they’re different and it’s important to be aware of that. There are issues on which the two groups are in alignment, and they can work together on those issues. But be aware of the differences; it’s just like how antiwar right-libertarians can work together on some issues with antiwar socialists, but it does no one any good to pretend those two groups are the same. Progressive Democrats can likewise be worked with on some issues, just be crystal clear on the differences.

More and more manipulators are coming out into the light and being seen for what they are. More and more often the predators are no longer hidden in the tallgrass or camouflaged as logs in the river, but out in the open on a white tile floor with everyone looking at them.

This trend will continue.

0 thoughts on “The Problem With Yemen”