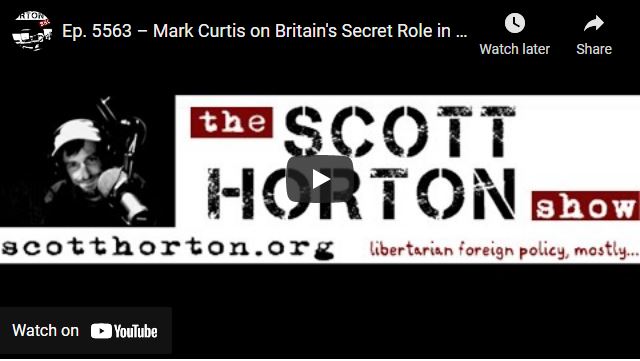 Scott interviews journalist Mark Curtis about his investigations into the UK role in the wars in Syria and Yemen.

Regarding Yemen, Britain has long denied any involvement in that war, says Curtis, but it’s now been revealed that they, like the U.S., have been helping the Saudi coalition for years.

The precise nature of the help the British government is giving isn’t exactly clear, but it likely involves the same things the Americans have been doing all along: training Saudi troops, assisting them with bomb targeting and providing weapons and spare parts, without which they could never wage this war.

Curtis also reiterates just how desperate the situation is for the civilian population of Yemen, who have been facing what the UN calls the worst humanitarian crisis in the world.