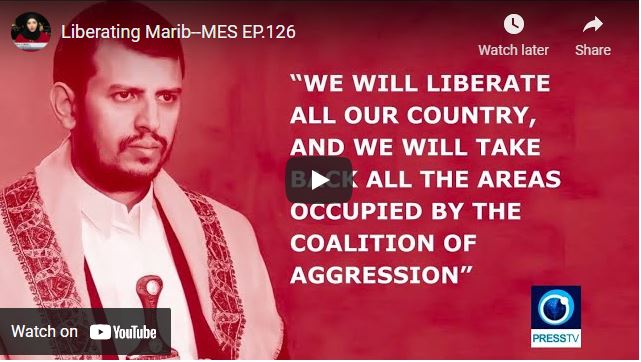 As the Yemeni armed forces continues its advance on the strategic city of Marib, local reports claim that as of 23 September Ansarallah resistance fighters have liberated 10 out of 14 districts in the oil-rich province. The reports come just one day after all remaining Saudi coalition forces in the district of Al-Abdiya, just south of Marib, surrendered to the Yemeni army and popular committees. Following days of intense fighting, the Yemeni army has liberated large swathes of the Saudi-led coalition’s last northern stronghold.

To discuss this issue with us from London is Patrick Henningsen, founder of the 21st century wire news website and host of the Sunday Wire which broadcasts LIVE on the Alternate Current Radio Network.

Chief of the General Staff of the Iranian Armed Forces, Major General Mohammad Hossein Bagheri, stressed last week that Iran will not tolerate any hostile movements on its own announcing that “Iraq and the Kurdistan region should not allow the mercenaries of America and Israel to set up training camps on Iran’s borders.” Bagheri also noted that “the operations that Iran started in the past two weeks will continue.” The Iranian Revolutionary Guard has recently launched a series of strikes on the sites of the anti-Iranian militants in northern Iraq, and Tehran demanded the Iraqi government to take steps to prevent the activities of these groups. Meanwhile, drones and missile attacks on Erbil International Airport in northern Iraq have become a norm, where US-led coalition troops and reportedly the Mossad too are stationed.

We discuss this issue with us from Beirut is Sharmine Narwani Journalist and Columnist at the English language news magazine, The Cradle, which covers west Asian politics.