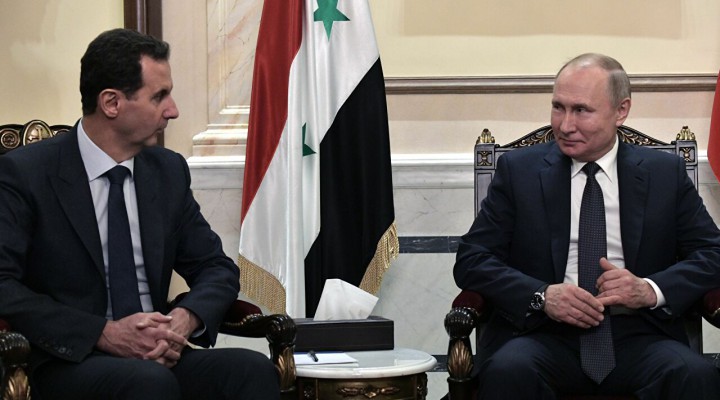 Russia is threatening its relations with the axis of resistance by apparently colluding with Israel in its air strikes on Syria, most recently on Latakia port

“The damage that Tuesday’s early morning Israeli missile strike on the Syrian port of Latakia caused to Russia’s reputation and standing in the Middle East is the most devastating since its powerful comeback to the region in the wake of the Soviet Union’s collapse.

This airstrike on Latakia port, a mere 15km from Russia’s massive Hmeimim airbase, and the base’s advanced air defences’ failure to thwart it have disillusioned Syrian and most Arab public opinion and opened the door to all manner of speculations, most notably that the base’s military command had advance knowledge of the strike by virtue of the Russian/Israeli coordination agreements established to avoid a repeat incident of the accidental downing of a Russian spy plane in September 2018, killing about 13 generals and liaison officers on board.

We find it hard to believe that the highly advanced Russian radars in the base did not detect the Israeli planes that executed the strike from the skies above Mediterranean waters when they detected and downed all of the Nusra Front missiles that targeted the base. If it failed to detect the Israeli planes, it is disastrous, and if it actually did spot them but made no move to down them, that is ten times as worse a disaster, if not more.

When Syrian missiles accidentally downed the aforementioned Russian spy plane while intercepting an Israeli attack in Latakia airspace due to interference from Israeli missiles and planes preventing the identification of the Russian plane present in Syrian airspace at the same time, anger spread across Russian command circles in Moscow led by President Vladimir Putin. This prompted the resolution to provide the Syrian army with the S-300 missile system to thwart Israeli air attacks. But it was later revealed that this initiative was just a formality and not serious, because utilizing this system was contingent on obtaining prior Russian permission. Unfortunately, Israeli strikes on Syria continued. Tuesday’s early morning attack was the tenth in less than a month and a half, and the Syrian command did not receive Russia’s green light to use those missiles to thwart it.

We do not know how its strategic ally Syria will respond to this situation. As of this writing, Damascus has issued no official statement about this incomprehensible dereliction. But its silence is by no means a sign of approval. It may be waiting to hear the Russian side’s perspective and explanations, or perhaps it is waiting for Iranian President Ebrahim Raisi’s arrival to the Syrian capital, which he chose as the first stop abroad to visit since winning the last presidential elections some seven months ago.

When Israeli planes launched airstrikes on Syrian and Iranian forces’ bases near the ancient city of Palmyra last month, killing some forty troops, the resistance axis Joint Operations Room vowed to respond with devastating force. It retaliated by bombing the U.S. al-Tanf base on the Syrian/Jordanian/Iraqi borders, from which the invading aircraft was launched.

We believe this Israeli strike on Latakia port under the Russian military command’s noses at Hmeimim to be an offensive act of provocation against that command and an attempt to sow the seeds of strife between the Russian and Syrian leaderships and incite the Syrian and Arab public opinion against the Russian ally.

We are well aware that the Syrian leadership is exercising forbearance and does not want to anger its Russian ally, which contributed to rescuing it from the U.S./European/Arab conspiracy that sought to overthrow it, change the regime, and fragment Syria after destroying it and fracturing its national, territorial, and social integrity. This ally was supposed to be aware concerning this issue; it is a fatal mistake for the Russian command to sacrifice nearly half a billion Arabs out of concern for one million Israelis of Russian origin that partake in Israel’s cooption and crimes in occupied Palestine.

We hope to hear a convincing explanation for the lack of Russian military response to these repeated Israeli aggressions, especially at this time, as Russia contends with the U.S. and European mobilization in Ukraine and the Black Sea that may be a prelude to a fierce war, requiring it to rally its Arab friends, or some of them, behind it, even if they are vulnerable.

Just as the resistance axis’ Joint Operations Room fulfilled its vow of swift retaliation to the Palmyra strike by bombing the al-Tanf base, we would not be surprised to see an even greater response to the Latakia airstrike in the coming few days on the grounds of self-defence – or so we hope.