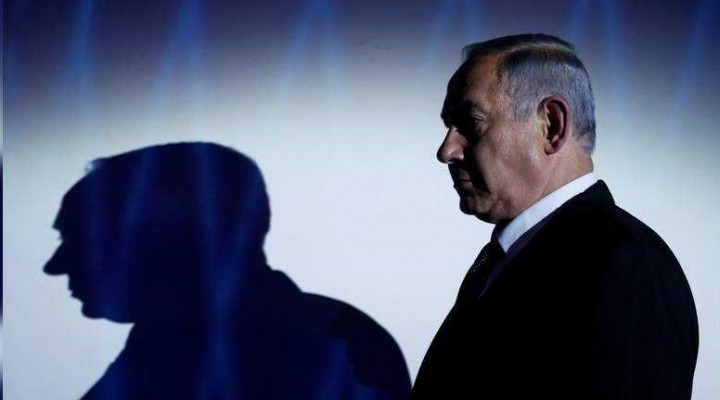 “As we followed the vote of confidence in the new Israeli government and listened to the two main competitors’ speeches, the incoming winner Naftali Bennett and the outgoing loser Binyamin Netanyahu, the image of rockets launched from the Gaza Strip raining down on Tel Aviv, Jerusalem, and Ashdod dominated our minds and perhaps those of the attendees as well – not only because this was a decisive factor in bringing about this change, but also because it toppled Netanyahu and brought about a political, security and military transformation that has changed the equations and rules of engagement across the entire Middle East.

True, what happened in the Knesset yesterday evening was a change in figures and blocs, not a policy change, since the differences and discrepancies between the incoming and outgoing governments’ policies are minor, perhaps marginal, given that both adopt racist-wing political programs. However, it is also true that the Knesset session reflects a more important change: It is a blow against the Israeli ‘state’ and its popular base at home, by which we mean the heightened anxiety and the [Israeli] military’s confusion, and the inability to take decisions as a result.

Acknowledging the presence of a crisis and an existential threat and desperately searching for a way out, thereby reassuring the Jewish settlers about their future were all common factors in the speeches and remarks that focused on a set of points that reflect this threat and the veiled concern and terror it brings, just as it reflects a concealed inability to contend with its sources and causes:

First, the Iranian nuclear dossier and the associated dangers or agreements (with the U.S.) took up the lion’s share of Netanyahu and Bennett’s speeches. Both competitors vowed to fight it, prevent Iran from acquiring nuclear weapons, and obstruct any nuclear deal with it, with no mention whatsoever of [normalized] Arab governments.

Second, they spoke of continuing settlement [expansion] in the occupied Palestinian territories, but with ‘wavering’ promises and a less decisive tone compared to past months and years, and the [Palestinians’] heroic steadfastness in Sheikh Jarrah, Silwan, and Nablus.

Third, they focused on enhancing Israel’s military capabilities and committing to thwarting Hamas should it attack Israel’, i.e. by intercepting the threats posed by its weapons and missiles and demolishing its military infrastructure, like all the new or renewed government programs before it. They also implicitly acknowledged the erosion of their military edge after the Iron Dome’s limitations were exposed and [Israeli-made] Merkava tanks were incapacitated and prevented from invading the Gaza Strip thanks to the miraculous Kornet [anti-tank] missiles.

Fourth, all the points that Netanyahu boasted about in his ‘farewell’ and perhaps final speech addressed the achievements of the past, and unfortunately most involved Arab surrender agreements and defeats, with U.S. support and Arab submission, and prompted the ‘land for peace’ agreements, while knowing quite well that these ‘achievements’ would vanish within a matter of months.

We do not care whether the new government is long-lived or short-lived, nor are we concerned whether Netanyahu remains the opposition leader or goes to prison on corruption charges; such considerations are of no value in our opinion because the fateful changes of the 11-day [Gaza] war negates everything that came before. Hundreds of thousands of rockets are still in their sites with heads held high, surrounding the occupation state on three sides and leaving the fourth side, the sea, open as an avenue of escape to Western European refuge.

The ‘great’ Israeli occupation state was unable to defeat the Gaza Strip, just as its air force was unable to prevent the rocket fire from the Strip until the last moment before the ceasefire took effect. It was forced to postpone the settlers’ Flag March in occupied Jerusalem on Tuesday for fear of the impact on occupied Jerusalem and its holy sites, al-Aqsa Mosque, and its residents. We would not be surprised if it is cancelled or the route changed so as to avoid dire consequences.

Finally, Netanyahu, ‘King of Israel’, has fallen after 12 years on the throne of racism, lies and deception, and all the toxic normalization agreements will fall with him. The first signs of this were Bahrain and Sudan’s vote against Israel and in favor of the draft Arab-Palestinian resolution submitted to the UN Security Council condemning Israeli war crimes in the Gaza Strip. The Israeli ambassador appointed to Rabat has failed to find a building to rent to establish his embassy due to the Moroccan people shunning him. The list of those adversely affected among Netanyahu’s declared or covert friends will grow in the coming days.

There will be no ‘peace for peace’ or ‘land for peace’. In the wake of the Gaza war with its blessed rockets, there is no place for fraudulent peace negotiations or the delusional two-state solution, but only for the historic Palestinian state with Jerusalem as its united capital that includes all citizens on equal footing, as was the case pre-WWI.

With his arrogance, vainglory, and racism, Netanyahu played a major role in bringing ‘Greater Israel’ to this fate and the rise of a mighty Palestinian power that makes its own weapons, driving him to call Joe Biden six times during the last war.

“Glory be to Him who reprieves, and does not forsake, the changer of conditions”.