HOME / WORLD / Another Guterres Tenure Means Exploitation of the Palestinian Cause 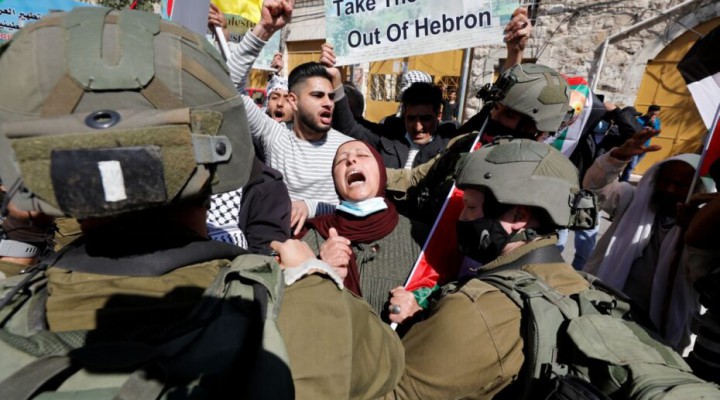 For Guterres, who will most probably lead the UN for another five years, the two-state compromise remains the only avenue, albeit one that caters for Palestinian loss resulting in Israel’s territorial appropriation.

UN Secretary General Antonio Guterres has been selected by the Security Council for another term to lead the institution. Guterres, under who the catchphrase “There is no Plan B” garnered momentum for Israel’s colonial expansion, will now await formal approval by the UN General Assembly to resume his role.

Guterres’s vision statement – a generic overview of what the UN’s role should be in the next five years – illustrates how the institution exists to serve itself, rather than addressing the entrenched global injustices. The coronavirus pandemic, which is one of Guterres’s main arguments in his statement, is one example of how the UN latches on to the most visible issues, while normalising decades of other situations which are swept out of sight with plans such as the Sustainable Development Goals for example – a set of aims and objectives which fail to take different political scenarios and consequences into consideration.

Palestine is one example. Throughout Guterres’s term, Israel’s colonial expansion has usurped more Palestinian territory, aided by the Trump Administration’s concessions. Rather than oppose the U.S. at a time when it was seemingly diverting away from the established consensus, Guterres upped his rhetoric against possible alternatives to the two-state compromise, knowing full well that the internationally-established paradigms contributed to the de-facto annexation of Palestinian territory.

The Abraham Accords also showcased Guterres’s pro-Israel diplomacy, hypocritically commending the move as creating “an opportunity for Israeli and Palestinian leaders to re-engage in meaningful negotiations that will realise a two-state solution in line with relevant UN resolutions, international law and bilateral agreements.”

In the same manner that the UN has diverted attention away from colonialism, Guterres is not planning on sparing efforts on the possibilities of decolonisation. At an international level, Palestine is no longer perceived as colonised territory and the humanitarian paradigm, which served the UN’s intentions, has become another means of encroachment upon the Palestinian people’s freedom.

Under Guterres, the UN exhibited no support for the International Criminal Court’s investigations into war crimes committed in the occupied Palestinian territory. The ensuing discord between two entities – one allegedly rights-based and the other concerned with criminal accountability – resulted in a situation where the UN is still promoting Israel’s security narrative and downplaying proof of war crimes, despite ample evidence that Israel has acted against international law in ways which constitute war crimes. Settlement expansion is one example which the ICC will be investigating. The ICC, with all its flaws and bureaucratic delays, has managed to topple the illusion that Israel is acting out of security concerns, by stipulating that war crimes have indeed been committed.

What can Palestinians expect out of another Guterres tenure? In terms of Covid19, Guterres has warned against “business as usual,” envisaging “a dystopian future in which rights and values are further eroded while the likelihood mounts of catastrophic risks.” Yet Palestinians have been coerced into a business as usual attitude that favours Israeli colonial expansion, and they have been living catastrophes for decades, to the point that the UN had already declared Gaza unliveable by 2020, while it refrained from holding Israel accountable for the recent destruction following the bombing of the enclave in May this year.

While Guterres relied on his “there is no Plan B” to silence Palestinian demands, Israel’s de-facto annexation of Palestinian territory encountered no international resistance, despite the war crimes implication. For Guterres, who will most probably lead the corrupt institution for another five years, the two-state compromise remains the only avenue, albeit one that caters for Palestinian loss resulting in Israel’s territorial appropriation. In the immediate future, the only trajectory which seems certain for Palestine is that Guterres will retain the legacy of abandoning Palestinians, and it will be done in the name of human rights and humanitarianism.