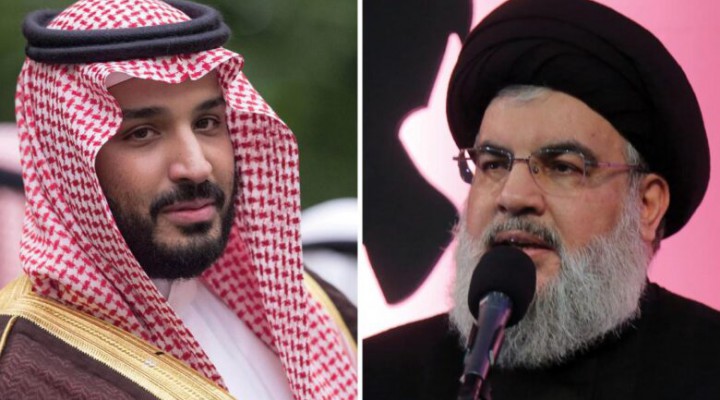 Is Hezbollah poised to take the ‘political war’ to Saudi Arabia?

The feud between Lebanon’s Hezbollah and Saudi Arabia reached new heights with the party’s hosting on Wednesday of an ‘Arabian Peninsula Opposition Conference’ in its southern Beirut stronghold. The gathering was chaired by the head of Hezbollah’s Executive Committee Hashem Safieddine and attended by several Saudi opposition figures along with prominent Lebanese Sunni and Christian politicians.

Hezbollah always used to avoid any open confrontation with Saudi Arabia. It was mindful of Lebanon’s internal balances and wanted to avoid upsetting the country’s Sunni community, which has historic sectarian ties to the kingdom, or clashing with its Saudi-backed Christian parties. But this has changed in recent weeks since the crisis in relations between Beirut and Riyadh over former minister George Kordahi’s criticism of the Yemen war, the withdrawal of four Gulf ambassadors from Beirut, and most importantly King Salman’s labelling of Hezbollah as a “terrorist” group whose “domination” of Lebanon must be ended.

The party’s first response came from Secretary-General Hassan Nasrallah in his speech marking the anniversary of the US drone killing of Iranian Revolutionary Guards commander Qasem Soleimani. He gave back as good as he got, accusing the Saudi monarch and his regime of being terrorists themselves and killing thousands of innocent people in Yemen, Syria , Iraq and elsewhere.

This riposte seems to be only part of a new strategy of declaring ‘political war’ on the kingdom, including by backing and promoting opposition groups. Knowledgeable sources close to the party suggest it could go further than that in the weeks and months to come.

Safieddine, who is described as Hezbollah’s second-in-command, opened the opposition conference with a speech warning the party would respond forcefully to any Saudi “effrontery” against it or its supporters, and demanded that the kingdom abandon its bid to dominate Lebanon and stop threatening it and interfering in its internal affairs.

It is hard to tell how this new strategy could unfold. But there are precedents that can be recalled, which involved taking the battle into Saudi Arabia itself, specifically the eastern Ihsa region where much of the Shia minority lives. We mustn’t forget the Organization for the Islamic Revolution in the Arabian Peninsula founded by Hassan as-Saffar in the early 1980s, which was based in Damascus with branches in the US and Britain. Nor the Saudi ‘Hezbollah of Hejaz’ which the kingdom accused of the 1996 al-Khobar bombing, using a truck allegedly rigged in South Lebanon, in which 19 US military personnel were killed. This campaign only ended after King Fahd had the good sense to negotiate with Shia opposition groups, provide guarantees of their members, and address some of their communal grievances. Yet some of their leaders were among the highest profile participants at this week’s Beirut conference. Does that signal their revival?

Back then, the Saudi government did not start a fight with Hezbollah or accuse it of terrorism. Moreover, the interior minister at the time, Prince Nayef, didn’t let the Americans interrogate the suspects in the bombing — or another attack the same year against American advisors at a Saudi National Guard base — on the grounds that security is a domestic purely Saudi affair.

The ailing Saudi monarch’s unusual new year outburst against Hezbollah — which was evidently scripted for him — was echoed by the kingdom’s ‘withdrawn’ ambassador to Lebanon Walid al-Boukhari, implying he won’t be going back to Beirut in the foreseeable future however many concessions and blandishments Lebanese politicians make to his masters.

Saudi Arabia has changed. Its new leadership has abandoned many of its predecessors’ political and diplomatic ground rules. Hezbollah has changed too and become a mainstay of the Axis of Resistance and a regional military power. It is also closer than it was to the Saudi interior via its allies in Iraq to the north, Yemen to the south, and Iran to the east. Its messaging is clear in this regard.

The escalation between Saudi Arabia and Hezbollah will continue because the latter has run out of patience and decided to retaliate strongly. Nobody can predict what steps that might entail.