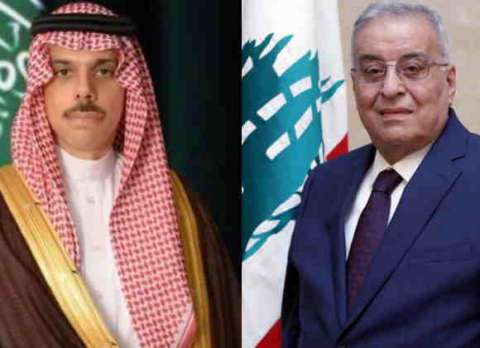 Saudi Arabia treats Lebanon and most of its politicians as vassals

Lebanese Foreign Minister Abdullah Bouhabib’s was calm and composed when he spoke on Monday of the worsening diplomatic crisis between his country and Saudi Arabia amid the barrage of insults, threats and bullying unleashed by the other side.

The crisis erupted over remarks made by information minister and well-known broadcaster George Kordahi in August, before he was appointed to office, in which he criticized the Saudi-led war on Yemen and described it as “futile” and “absurd”.

Saudi Arabia reacted furiously to the airing of the remarks last week: recalling its ambassador from Beirut, expelling the Lebanese ambassador from Riyadh, and banning all imports from or visits by its nationals to Lebanon. Three of its Gulf allies followed suit, and Kordahi was subjected to a hail of criticism and resignation demands from Saudi-backed Lebanese politicians and media.

Bouhabib made two main points in his comments to the affair.

First, he called for dialogue with Saudi Arabia to arrive at a solution to the crisis, saying “problems between states can only be solved by dialogue, trust and engagement, not by imposition, and this applies to both Lebanon and Saudi Arabia.”

Second, he said Saudi demands for Hezbollah to be excluded from Lebanese politics were illogical “because this party is a Lebanese component whether we like it or not.”

This reasonable and rational discourse will probably fall on deaf ears in Riyadh which has a policy of imposing its will by diktat, especially with the Lebanese state which it considers weak and dependent. For decades, it has treated the country and most of its corrupt political elite as vassals.

Bouhabib’s ‘polite’ rejoinder followed the remarks made Saudi Foreign Minister Prince Faisal Bin-Farhan in Rome where he attended the G-20 summit. He declared that Saudi Arabia’s problem with Lebanon was due to the “dominance” of Hezbollah which made dealing with the country “pointless”, and demanded that “Lebanon must be liberated from that dominance.”

There is a well-known Arabic saying to the effect that “if you want to be heeded, you must demand the possible”. Decision-makers in Riyadh seem unaware of this proverb, or at least they do not apply it, as evidenced by their demand for an end to be put to Hezbollah’s “dominance”.

They seem to be confusing the Palestinian resistance, which their American-backed ‘mediation’ succeeded in ejecting from Lebanon in 1982, for the Lebanese resistance led by Hezbollah. The Palestinians could be expelled to Cyprus or Tunisia as ‘aliens’, but how can Hezbollah be expelled from its own country and where to?

Bouhabib was not only being reasonable but also courageous, given the multitude of ‘flatterer’ politicians in Lebanon who are driven not by their own country’s interests but those of the foreign powers — led by the US, Israel, and some Gulf states – to whose patronage they have become addicted and whose dictates they obey.

That is why their schemes always fail and they keep taking the country from one crisis to another even more complicated one without the least concern for the suffering of the Lebanese people or the dignity or sovereignty of their country.

Lebanon has pulled through much more serious crises and wars, and will manage to overcome this diplomatic tantrum, difficult though the current predicament may be. It is a matter of time, and perseverance.