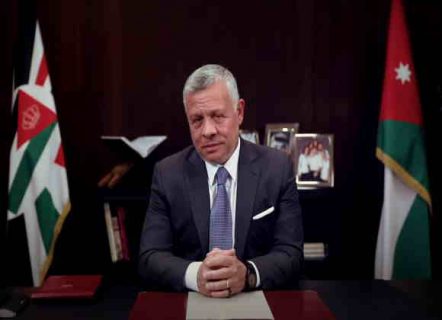 Everything possible must be done to resist Netanyahu’s scheme, even if that leads to military confrontation

Prime Minister Benjamin Netanyahu’s pledge to extend Israeli sovereignty to the West Bank effectively means annulling the Palestinian Authority (PA) and abandoning the Oslo Accords and the two-state solution. It sets the stage overtime for the expulsion of hundreds of thousands if not millions of Palestinians from the major population centres to Jordan, which the Israeli right deems to be their ‘alternative homeland’.

No need to wonder what the Arab world will do to counter this plan, which is the signature policy of Netanyahu’s new coalition with Gen. Benny Gantz and is set to start being implemented at the beginning of June. The question is what will be done by the PA and its president, Mahmoud Abbas, and by another main victim, Jordan.

Don’t bank on Abbas’ recent threat to dissolve the PA and withdraw from the Oslo Accords and all associated commitments – such as security cooperation – if Israel annexes a single inch of the West Bank or Jordan Valley. We have heard such threats many times before and he has never lived up to them. His plan is to stay put in his palace in Ramallah until his dying day, or until he is ushered out by a young Israeli conscript. In the absence of official action to counter this American-backed land-grab, it falls to the Palestinian and Jordanian people to resist it, using all available or obtainable means.

King Abdullah is well aware that the Israeli right led by Netanyahu wants not only to annex the West Bank and Jordan Valley but to topple the Hashemite monarchy so as to turn Jordan into a ‘faux’ Palestinian state. The planned annexation thus poses a direct threat to Jordan. It will cut the country off from the Palestinian territories and inevitably be followed by the ‘transfer’ of Palestinians to Jordan. Hence his recent warning in an interview with the German newspaper Der Spiegel that the planned Israeli move will cause a “massive conflict.”

I have met the Jordanian monarch on several occasions, most recently in October the year before last. Nothing troubled him more than the prospect of Israel annexing the West Bank and Jordan Valley. He stated frankly that any expulsion of Palestinians from the cities before, during or after such a process would amount to a “declaration of war” which Jordan would not ignore, but respond to with all its strength whatever the cost.

I recalled this while reading the text of the Der Spiegel interview, especially his remark about “massive conflict” if the annexation goes ahead — which looks ever more likely after Secretary of State Mike Pompeo’s visit to occupied Jerusalem to give the US’ blessing to the move.

Jordan has a number of options to get back at Israel if this “conflict” transpires.   First of these is to cancel the Wadi Araba peace treaty and all that has ensued from it: normalised relations, security coordination, economic cooperation, diplomatic ties and trade agreements – especially the shameful deal to import stolen Palestinian natural gas.

The last time I saw the Jordanian monarch he was visibly concerned about three main issues: the way some Gulf states had abandoned Jordan, cut off financial aid and bypassed its ‘role’ by opening direct channels of communication with the Israelis; the Trump administration’s total backing for Netanyahu’s government and its vicious colonisation policy; and the popular protest movement in Jordan which was at a peak at the time.

But despite all its economic difficulties and the backstabbing of its former Gulf allies – plus the added new burdens of the coronavirus crisis – Jordan has many strengths. Chief among these is that its people are committed to the monarchy and fully united in their resolve to resist this existential threat facing their country.

Jordan also has a 600-km border with occupied Palestine which the Israeli military – for all its hi-tech intelligence capability and sophisticated weaponry – would never be able to control or secure if war, in every sense of the word, were to break out.

One option that the Jordanian monarch and decision-makers should not disregard is to forge alliances with the ’resistance axis’ in the region.  This ought to have been done earlier once it became apparent that Trump would gladly abandon Jordan as an ally and was totally beholden to the Israel Lobby. He is even more reliant on it now for re-election after his multiple failures in dealing with the coronavirus crisis and the resultant economic collapse.

Jordan is empowered by its people, army geographical location and national unity. It has many strong cards to pay. Just as it refused to renew its land-leasing arrangements with Israel, despite heavy US pressure, it should use every means at its disposal to resist the Israeli annexation scheme, even if that leads to a military confrontation. Those who cite the imbalance of power as an impediment should recall that Netanyahu failed to advance an inch into the Gaza Strip and South Lebanon when he waged war on them and went into a panic when three minor breaches were found in the border fence with Lebanon. Imagine how things would be if proud Jordanians of all stripes and persuasions were to be unleashed across the border to liberate the holy places and free their Palestinian brethren.

Jordan is changing. Its people and army have never been more willing to rise to the challenge and make the necessary sacrifices. If Netanyahu does go ahead with his annexation plan, it could just bring about the beginning of the end of Israeli racism and impunity.

Our Civilisational Quagmire – Looking Truth in the Eye

0 thoughts on “Jordan and the annexation plan”