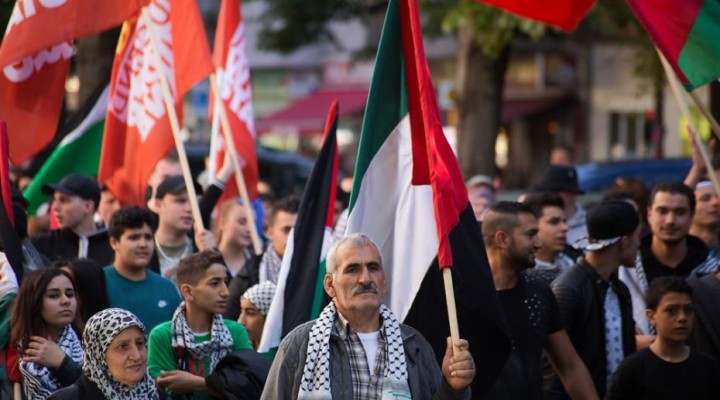 Don’t the Americans understand the implications of creating a desperate, unemployed and radicalised constituency across the entire Middle East?

Take Jordan (or Lebanon) as an example: Both have a broken economic model. One, (Lebanon), has had its huge deficits financed by expatriate remittances; and the other (Jordan), has had its budget deficits (6% of GDP), until now covered by annual stipends provided by Gulf States and the US (the EU provides relatively little financial subsidy). For both, these external inflows are either in, or are heading toward draught conditions (as the low price of oil eviscerates Gulf State finances). Some Gulf States are no longer willing to finance a generic Jordanian deficit for the future – but only to offer ‘business loans’.

So what to do? To whom to turn now, for future patronage and subvention (since self-sufficiency is nigh impossible)? It is not easy. Real root-and-branch reform – though universally acknowledged as essential – is effectively blocked by one élite, or sectarian ‘capo’, or another. Hence the desire to do what has always been done before: to try to find a way to hold the ‘stick by its middle’ and solicit patronage from all the differing political poles.

But this ignores something essential: Trump ‘politics’, and his undisguised contempt for the ‘liberal middle’, leaves no middle to the ‘stick’ on which Mid-East States may seize. Trump intentionally polarises issues into binary extremes.

The cumulative effect of this Trumpian, max-pressure, binary approach – against the backdrop of decades of US underpinning for Israel’s security hegemony – may well end: not with the so-called ‘jungle’, but an extended desert, with the region’s few independent means of production devastated by endless ‘hot’ wars; Treasury wars, and harsh ubiquitous sanctions. (The formerly productive olive trees of Syria’s Idlib are stumps, and the agricultural lands of al-Hasakah face ruination, as but one example.)

In other words, we are postulating a collapsed economic model – not just for Jordan and Lebanon, who already face that prospect – but for wealthy Gulf States, too. For, without decisive reforms (which likely will be blocked by one corrupt élite, or another), the richest Middle Eastern states could exhaust their net financial wealth by 2027 and 2034, as the region becomes a net debtor, according to IMF projections out this month. Within another decade, their total non-oil wealth would also be exhausted, the IMF predicts. And ‘this’ prospect – faces an oversized, young, unemployed, and angry youth population, ready to explode.

Here is another Trumpian vanished ‘Liberal Middle’ (taken from the Israeli daily, Haaretz). Jonathan Tobin notes that the problem facing the pro-Israel lobby, AIPAC, is that the political climate simply is no longer conducive to the way it has carried out its mission for the last several decades. In earlier political times, it was easy for the group to act as an umbrella group, uniting supporters of Israel from the right, left and centre behind a common agenda of support for Israel’s government and the Jewish state’s security, the article observes:

The first obstacle to AIPAC’s ability to maintain at least a façade of bipartisanship rests on the fact that the Trump administration has given both Israel and its American friends more or less everything it has been demanding of every White House for the last 40 years. Trump’s withdrawal from the Iran nuclear deal put him in sync with the lobby’s desperate battle to defeat President Barack Obama’s signature foreign policy accomplishment.

But with Trump’s recognition of Jerusalem as Israel’s capital, support for its sovereignty on the Golan Heights, demands for the Palestinian Authority to halt its subsidies for terrorists and their families and now a peace plan that is heavily tilted toward the Jewish state, he’s left no room for the Democrats to compete with him for the title of Israel’s friend.

Worse – there is no ‘middle to the stick’ in the Democratic Party either, (or for the region’s Arab ‘Democratic’ diaspora) – for, as Max Blumenthal, explains in conversation with Robert Scheer, the Clinton Machine will do anything to stop Bernie Sanders (the title of the interview that is focused on the rightward shift of the Clintonite Democratic Party, and of Israeli politics). The discussion converges on Bernie Sanders, the man who possibly might become the first Jewish president of the United States (if the Democratic machine does not succeed in destroying Sanders first, as Blumenthal suggests). Financial markets seem to think that Sanders may win the nomination, only subsequently to lose to Trump in November (which would be fine by US market investors).

“It seems to me [there is] a real contradiction [in] the Democratic Party, which you know quite a bit about,” when it comes to Israel, says Scheer. “There’s this great loathsome feeling about Donald Trump. And many of these people don’t really like [Israeli Prime Minister Benjamin] Netanyahu. You know, the polling data shows that Jews are, you know, just about as open to the concern for the Palestinians as any other group. And Bernie Sanders, the one Jewish candidate, is the one who dared to bring up the Palestinians — that they have rights also, that they’re human beings. He’s being attacked for it, like you [Blumenthal], as a self-hating Jew.”

So, hoping for a more accommodating Democratic President after 2020 may prove a wistful dream: the expectation is that Sanders either will be stopped before nomination, or else defeated, after, at elections. Either way, the “Deal of the Century” stays.

Here lies the dilemma: Netanyahu, working closely with Jarred Kushner, has – piece by piece – taken the middle ground – the two-state solution – off the table, by insisting on conditions to it, intended never to be met. More than that, they have undercut the ‘moderates’ of the region by demonstrating that the Oslo ‘Peace Process’ could be suffocated with no adverse consequences for Israel; the ‘deal of the century’ could be launched to international silence; the US Embassy moved to Jerusalem, to zero adverse reaction; Jerusalem ‘made’ Israel’s undivided capital, and the Golan ‘given’ to Israel – all without any of the damage to Israel that the Israeli and regional ‘moderates’ insisted would result from such actions. Rather, contrary to the moderates’ expectations of Israeli isolation, world leaders flocked to Jerusalem (for the recent Holocaust summit).

Back to Jordan: just as the political climate for AIPAC, after Trump’s Israeli radical polarisation, has become ‘no longer conducive to the way the lobby has carried out its mission for the last several decades’ – so, too, is it for Jordan. And for the same reason.

Once the Jordan valley has been annexed (it probably won’t be long in coming), Jordan will lose relevance for Israel, except as a recipient for Palestinian refugees. (The CIA, already tightly embedded into the Jordanian Intelligence Service, will act for Israeli interests there.) And the writing already is on the wall: Lebanon will be told that it must assimilate its Palestinians with full rights (this is already happening); and Jordan is likely to be next.

It is a commonplace today that Jordan is caught between a rock and a hard place. But even that comfortless expression implies that Jordan has options – whereas effectively it has none. What can Jordan offer the Gulf (beyond being a monarchy, and therefore being a ‘bird of the feather’, with other regional monarchs)? Would Jordan’s future stipends be assured by a more overtly hostile attitude to Iran? Possibly, but already Saudi funding to Jordan is curtailed, and the Gulf States are facing their own financial stringencies. The main import of escalating further King Abdallah’s Shi’a Axis ‘threat’ might simply be to complicate the Kingdom’s economic relations with its neighbours, who all enjoy better relations with Iran, than does Jordan.

This is not intended to pick unfairly on Jordan or Lebanon. In reality, Trump’s deliberate slashing away of ‘the liberal middle’ is to make the key dynamics, and power distribution between the parties, stand out – starkly. In short, to attenuate any negotiation down to a binary ‘take my offer’ or be crushed financially, alternative. This is the New York real-estate way. When a tenant stands in the way of a big development, weaken him; take away his electricity; turn off the water, and finally infest him with rats. That is the binary choice: get out of my way, or stay – and your life will be made miserable.

The Palestinians are being made unwanted tenants (within an actualized Greater Israel real-estate ‘development’). Eventually they will tire of being miserable, (Kushner’s team may presume), and find accommodation elsewhere (i.e. in Jordan and Lebanon, inter alia). Insisting limply on the (now defunct) two-state solution, or any other initiative, probably will not help Jordan – that’s the whole point of binary politics – to brush aside compromise proposals.

No doubt about it. Trump’s binary Middle East policies – in a profound way – threaten Arab States. Some states may not survive the experience intact. Indeed, the editor of Al-Akhbar Lebanese daily, Ibrahim Al-Amine, wrote this week: “It seems that the American decision to let Lebanon collapse is being implemented. The Saudis have endorsed the same idea … [and] for the rest of the regional sides: these seem to be standing in a state of major confusion…”.

It may not be so apparent now, but the nature of this threat soon will be. Don’t the Americans understand the implications of creating a desperate, unemployed and radicalised constituency across the entire Middle East? Of course, some do. They are not stupid. But for those who don’t, policy is just process: the long term process of establishing Greater Israel. As the American novelist, Upton Sinclair, said (for those who do have an inkling): “It is [nonetheless] difficult to get a man to understand something when his salary depends upon his not understanding it”.

Israel in the Middle East — A Civilisational and Metaphysical War

An Army for Hire: Trump Wants to Make Money by Renting Out American Soldiers