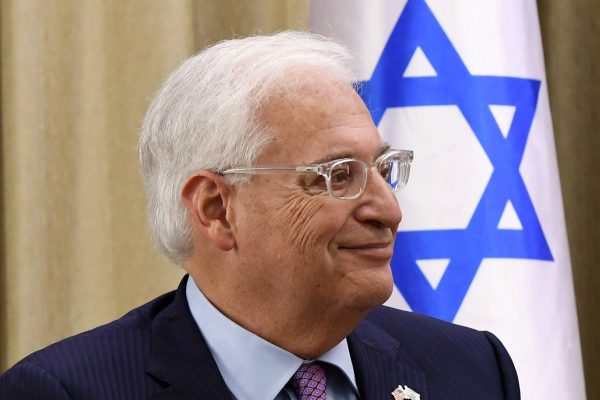 As the Beatles once put it, “I read the news today, oh boy…” One might argue that the “oh boy” has been part and parcel of one’s morning media review ever since 9/11, but depending on one’s own inclinations, the daily content might well be considered particularly depressing over the past several years. As regular readers of Unz.com will already know, my particular perception is that the American “special relationship” with the Jewish state has been a disaster for the United States and for the entire Middle East region, to include even Israel itself. Israel has used the uncritical U.S. support it has enjoyed since the time of Lyndon Johnson to pursue unwise policies vis-à-vis its neighbors that have drawn Washington into conflicts that would have been avoided. It has meanwhile exploited the power of its formidable domestic lobby to bleed the U.S. Treasury of well over $100 billion in direct grants plus three times that much in terms of largely hidden trade and co-production arrangements approved by a subservient Congress and endorsed by a controlled media.

In return, the United States has wound up with a “best friend and ally” that has spied on the U.S., stolen its technology, corrupted its government processes and lied consistently about its neighbors to create a casus belli so Americans can die in pointless wars rather than Israelis. The Lavon Affair and the attack on the U.S.S. Liberty reveal that Israel’s government will kill Americans when it suits them to do so, knowing full well that the sycophants in Washington and the Jewish dominated media will hardly whimper at the affront.

Over the past three years Donald J. Trump has delivered on his promise to be the “best friend in Washington that Israel has ever had.” He appointed his own bankruptcy lawyer and arch Zionist David Friedman as U.S. Ambassador, a man who clearly sees his mission as promoting Israeli interests rather than those of the United States. Israel has illegally exploited an American green light to declare all of Jerusalem its capital and Trump has obligingly moved the U.S. Embassy to suit. The Jewish state, which has inevitably declared itself legally to be “Jewish” and no longer anything like a democracy, has also illegally annexed the occupied Syrian Golan Heights and is now preparing to assimilate much of the formerly Palestinian West Bank. Expulsion of nearly all remaining Palestinians, even the ones who are Israeli citizens, will no doubt come next and has in fact been called for by some Jewish politicians. The extreme Israel-philia embraced by the White House and Congress has, inter alia, meant unrelenting hostility towards both Iran and Syria, neither of which poses any real threat or challenge to the American people or to any genuine U.S. interests.

Friedman has even distorted the State Department’s use of the English language, the “occupied” West Bank is now referred to as “disputed” or “contested.” Friedman, who has disregarded existing U.S. law by contributing to Israel’s illegal settlements, has consistently served as an apologist for Israeli snipers shooting unarmed demonstrators in Gaza and for his much beloved rampaging settlers destroying the livelihoods of Palestinian farmers.

The record is appalling, thank you Mr. Trump, but, to return to the “news today,” an article that appeared last Thursday in the Jerusalem Post still had the power to make me spill my cup of coffee in disbelief. The headline read “Friedman: Second Trump term could take U.S.-Israel ties to next level.” I was not sure if I wanted to read the piece at all as I feared that it would probably mandate transferring the U.S. Treasury Department to Jerusalem and placing the Pentagon under the control of Benjamin Netanyahu. Meanwhile, we Americans would be required to cross through checkpoints when traveling between states and would only be able to find Untermensch work growing cabbages on a sprawling network of kibbutzes.

As it turned out, of course, the Friedman interview with Jerusalem Post journalists was all about Israel, not the United States, even though there was some vague nonsense about the Trump so-called peace plan munificently ending most conflict in the Middle East region and thereby benefiting Americans. Friedman began with “We need to maximize mutual benefits of the relationship in ways I don’t think have happened before. The only limits are one’s imagination as to where we can go.” If Friedman meant that the U.S. has not reaped any of the “mutual benefits” he is undoubtedly correct, but somehow I don’t think that was his intention. And there certainly has been a lot of imagination in the convoluted and often hidden Israeli Lobby schemes to bilk the American taxpayer over the course of the past 75 years.

Friedman characterized the situation before the Embassy move as “We were applying a double standard to Israel, relative to every other country in the world. We were telling Israel, you don’t have the right to choose your capital city… And it’s not just any capital; it’s Jerusalem.” Wrong, Dave. The problem with Jerusalem is that the Jewish state wanted its capital on land that it controlled but did not own under international law and through the agreements that led to the founding of Israel. Pretending that there is some special right through divine providence doesn’t change that one bit.

Friedman also had the interesting sidebar comment that illustrated just how warped the Trump view of Israel actually is. Apparently, Friedman and the president-elect had discussions on moving the Embassy prior to inauguration day “with some officials predicting that he was going to announce the move the same day as his inauguration on January 20, 2017. That didn’t happen, Friedman said, because first conversations were needed in all of the different government offices – State Department, the Pentagon and more.” That Trump was willing to highlight and promote a major pander to the Israel Lobby on the very day he was inaugurated is more than just telling, it is bizarre.

Symbols are apparently also dear to the heart of David Friedman. “Americans who support Israel understand the significance of Jerusalem. It’s what the Statue of Liberty, the Lincoln Memorial, Plymouth Rock and Valley Forge are… Because America was founded on those types of principles, Americans profoundly understand the importance of Jerusalem to the State of Israel.” Friedman added that retaining symbols like Hebron, which is in the Jewish people’s “biblical DNA” is also an important element in the Trump “peace plan.”

Whoa, David, it’s convenient to cite the American experience to justify what Israel is doing but the United States at least ostensibly was founded on the principle that “all men are created equal.” Israel is by law an apartheid state based on religion. And when last I checked Hebron was a predominantly Palestinian city under military occupation to protect the settler interlopers who are working hard to drive out the original residents. It is the site of the 1994 Ibrahimi Mosque massacre of Palestinian worshippers carried out by Brooklyn-born Jewish fanatic Baruch Goldstein. Twenty-nine Palestinians were killed. Yes, “biblical DNA” seems to fit just right if one considers the fate of the Canaanites.

And Friedman had something to say about the planned July 1st Israeli annexation of “West Bank settlements, biblical sites and the Jordan Valley.” He provided a Trump Administration green light saying “We will be ready to address this issue if Israel is ready. Ultimately, as Secretary Pompeo said, it’s Israel’s decision. They have to decide what they want to do.” According to Friedman, the Trump administration’s “vision for peace” would allow Israel to directly annex 30% of the West Bank and exercise control over most of the remainder, which would include “all settlements and the entire Jordan Valley.” The Palestinians would have no control over water resources or even their own airspace. Mapping the precise details is currently subject to “judgment calls in Israel’s court.” Note that all the critical decision making is by Israel with the full backing of the United States. The peace plan has been rightly characterized as a complete surrender to Israeli interests with the Palestinians having no say in the outcome.

Friedman also described the importance of sending a clear message to the Palestinians blaming them for everything to include the denial of basic human rights, which is in fact an Israeli specialty. “If you tell the Palestinians that no matter what happens, no matter how recalcitrant you are, no matter how malign your activities are, no matter how you fail to observe basic human rights for your own people – with all that, you still get to veto the rights of the Jewish people and the State of Israel and their unquestionable capital… it’s just the wrong signal.”

And where to go from here? Friedman opines that “the equation of U.S.-Israel relations needs to be flipped. Rather than Americans seeing themselves as helping Israel, they must realize how much Israel can do for the U.S. – for example, by putting groundbreaking Israeli innovations on the market in the U.S. first.” Sure, steal the technology, re-engineer it, and then quietly arrange sweetheart trade deals through one’s co-religionists to sell it back to the suckers in the United States.

The Jerusalem Post interview concludes with Friedman’s prediction that “Should Trump be reelected, there will be many more opportunities for deepening the connections between the U.S. and Israel.” If that is all true, we Americans might as well surrender our sovereignty right now and save ourselves the pain of going through another corrupt presidential election.

0 thoughts on “Israel to Annex the United States”