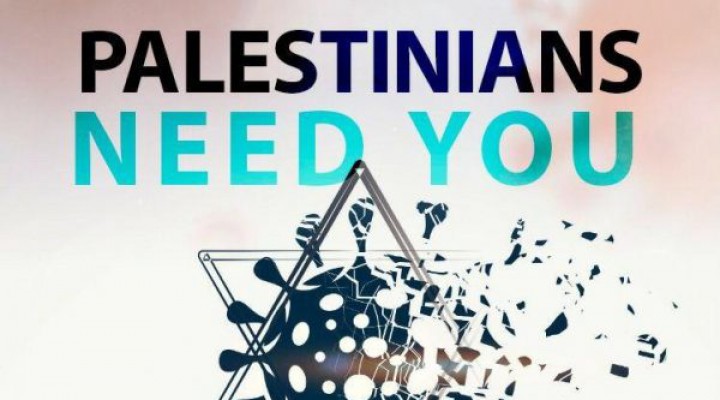 Palestinians worldwide have an annual day of remembrance called Nakba Day. Nakba comes from the Arabic al-Nakbah and means “disaster” or “catastrophe.” It takes place on May 15th, the day after the Gregorian calendar date for Israeli independence in 1948. It is an opportunity for a people who live largely in exile to recall what was stolen from them by the nascent Israeli state in 1947 through 1949. An estimated 700,000 Palestinians, half of the country’s Arab Christian and Muslim population, were driven from their homes through a deliberate policy of terrorism officially initiated in January 1948 to drive the Palestinian population out, a clear case of government initiated ethnic cleansing.

The expulsion orders, formulated as Plan Dalet in March, were carried out by the Jewish state’s military and militia forces, to include terrorist groups like Irgun and Lehi. The massacre of Arab civilians at Deir Yassin in April 1948, in which hundreds of civilians died, was, for example, implemented to terrorize the local population, forcing it to flee. In the portion of Palestine that was to become Israel fully 80% of the resident Arabs, many of them Christian, were killed, fled in terror or were compelled to leave at gunpoint.

In the expulsion process, which continued into early 1949, between four hundred and six hundred Arab villages were destroyed or rendered uninhabitable, while Palestinians in the larger urban centers were driven from their homes. Those homes were then given to Jews coming from Europe or America and one of the first acts carried out by the new nation Israel’s parliament was to pass laws blocking the return of any Palestinian to his or her home in what was to become the Jewish state. This meant in practice that a European Jew could arrive in Israel on one day and by the next be settled in a former Palestinian home. The legal owner of that home, however, had no right to return or even visit his former property. United Nations demands that the Palestinians should one day be able to return home have been since that time ignored by Israel and unsupported by the United States.

Palestinians are to a certain extent wards of the United Nations Relief and Works Agency (UNRWA), which was founded in 1949 to support those displaced by the Israelis. In 1949 there were less than one million refugees, but today, due to large families and other population growth, the number who technically qualify for UNRWA’s assistance is over 5 million. Services include education, health care, food security and other essentials, to some 800,000 Palestinians registered as refugees in the West Bank and 1.3 million people in the Gaza Strip, as well as 534,000 in refugee camps in Syria, 464,000 more in Lebanon and also 2 million in Jordan. Approximately 1 million refugees have no documents other than an UNRWA identification card.

Israel has long been highly critical of UNRWA and the Donald Trump Administration predictably followed its lead to eliminate funding to the organization in August 2018.

The so-called peace plan being promoted by the Trump Administration has been rightly described as a non-starter as it is a wish list for Israel that will permit annexation of much of the West Bank with a rump Palestinian state that has no control over its airspace, water, borders or defense in place for those Arabs who can be induced to remain. It would mark the clearly perceived end of any Palestinian aspirations for either statehood or even for an acceptable relationship marked by mutual respect with its de facto Jewish overlords.

American antipathy towards the Palestinians, particularly as expressed by Evangelicals, is somewhat surprising as there has long been a vibrant Christian community in Palestine that has been sharply diminished through the actions of the state of Israel. Residents and church leaders describe the nervousness of the tiny Christian communities in Israel, caught between larger Muslim and Jewish populations. Like other Palestinians, Christians face land seizures, arbitrary arrests, home demolitions and collective punishment that come with the Israeli occupation. Recently radical Jewish settlers have become more active, defacing Christian churches and cemeteries while also threatening and spitting on clergy in the streets.

This year Palestinians are expressing themselves on Nakba Day to demonstrate their rejection of the Trump peace plan as well as of the new Israeli Benjamin Netanyahu led government’s intention to annex large portions of the West Bank, to include the entire Jordan River Valley, after July 1st. They have adopted the hashtag #COVID1948, which seeks to equate the current devastation resulting from the coronavirus with the catastrophe that occurred to the Palestinian people in 1948 at the hands of the Israelis. It is reportedly trending on social media and is in one sense an eloquent reminder of the wrongs committed against an entire people, to include a deliberate policy of ethnic cleansing that bore fruit in 1948-9. It is also a reminder that the Palestinians are a stubborn and self-aware people who will not just go away because the Israelis and the United States would like to see that happen.

How is Donald Trump handling the Israëlo-Palestinian question?

0 thoughts on “Remembering Palestine on Nakba Day: Use the Hashtag COVID1948”