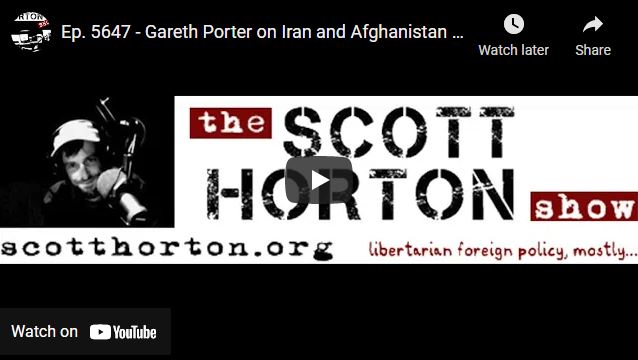 Scott celebrates eleven years on the radio by interviewing Gareth Porter about Biden’s first year in office. They discuss the negotiations between the Administration and Iran over a return to the JCPOA.

Despite many crossovers with the team that reached an agreement with Iran back in the Obama years, Biden’s people appear set on squeezing more concessions out of the Iranians.

But Porter points out that, as he had predicted, the U.S. reluctance to return to the deal led to hardliner victories in Iran’s last elections. But even with a more anti-American regime, Porter sees no evidence they’d actually produce a nuclear bomb. Scott and Porter also talk about Afghanistan and the humanitarian crisis the so-called champions of Afghan freedom seem completely uninterested in helping to relieve.