HOME / WORLD / How realistic is an Israel-Iran war? 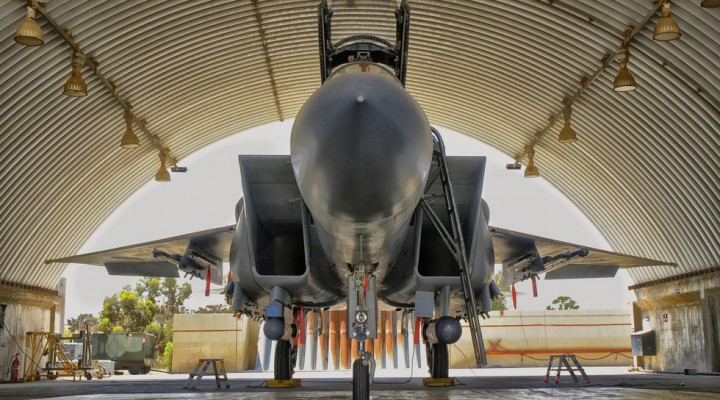 The drums of war have been beating loudly if one were to take the recent headlines about Israel and Iran seriously. But Israel cannot act militarily against Iran without US support, and the US will never support such an action.

A meeting between Israeli Defense Minister Benny Gantz and US Secretary of Defense Lloyd Austin last week has led many to speculate that Israel, with the backing of Washington, is preparing for a war with Iran over its nuclear program.

Gantz made it clear to Austin that Israel is very concerned about the US rejoining the Joint Comprehensive Program of Action, or JCPOA (more commonly referred to as the Iran nuclear deal). The preferred Israeli course of action would be for the US to continue tightening economic sanctions while Israel carries out a covert campaign to diminish Iran’s nuclear and ballistic missile capability while simultaneously sowing paranoia and concern in the ranks of the Iranian leadership. In short, the Israelis want the administration of President Joe Biden to continue the Iranian policy of his predecessor, Donald Trump.

Gantz was preceded in Washington DC by David Barnea, the head of Israel’s intelligence service, the Mossad. Barnea provided his US counterparts with new Israeli intelligence concerning Iran’s nuclear program to dissuade the US from rejoining the JCPOA, which Trump precipitously withdrew from in May 2018. The Israeli top spy was tasked with putting the US on notice that Israel would never stop viewing Iran as a threat, with or without the JCPOA, and that Israel would not be bound by the deal should the US re-enter that agreement. “Iran will not have nuclear weapons, not in the coming years, not ever. That is my promise, that is Mossad’s promise,” Barnea said after his meetings.

Gantz is said to have put the Biden administration on notice that Israel was prepared to carry out military strikes against Iran should the need arise. It is believed that Gantz was building on a growing groundswell of support in the US for military strikes against Iran’s nuclear infrastructure should the current negotiations about the US rejoining the JCPOA collapse. According to media reports, President Biden ordered National Security Advisor Jake Sullivan to review the current Pentagon plan for military action against Iran.

US support for any Israeli military attack on Iran is critical, with former Deputy Chief of the General Staff Eyal Zamir noting that while Israel would always act in its own interests, it would be challenged “to launch such an operation without coordinating with the Americans.” Zamir’s reticence reflects a growing consensus among experts that Israel lacks the military capability to sustain a viable military campaign against Iran.

Iran has upped the ante, as well, with the Tehran Times publishing a map on Wednesday which it claims denotes the various targets Iran would strike inside Israel in response to any Israeli attack against Iran. While the publication of this map proves nothing, Iran’s retaliatory strike against the American base at Al Asad, Iraq, days after the US assassinated Iranian General Qassem Suleimani clearly demonstrated the accuracy of Iran’s ballistic missile force, underscoring the reality that, if Iran aims a missile at something, odds are it will hit it. The US has learned that lesson, and it is likely that Israel is smart enough to know that it does not want to have the same curriculum thrown at it, which would be the inevitable response to any Israeli military strike against Iran.

While the talk about the potential for Israeli military action against Iran is seen as an inducement for Washington to reject the JCPOA and seek an economic sanctions-based alternative to war, the US threat appears to be little more than a theater-based negotiating tactic designed to increase the pressure on Iran’s nuclear negotiators to reach a compromise agreement that would be politically acceptable to the US.

Israel recognizes the reality that while any overt military action against Israel can probably be ruled out at this juncture, Israel can and will continue to enact covert action inside Iran designed to destroy Iran’s ability to manufacture missiles and enrich uranium. To this effect, Israel has reportedly closely coordinated with the US on a series of past operations, including three that targeted Iran’s nuclear infrastructure and one which destroyed a missile production facility, and is more than likely letting the Biden administration know about other actions it has on the planning board. Israeli analysts have concluded that these operations – including the alleged assassination of a top Iranian nuclear scientist – have set back Iran’s nuclear program by up to five years.

But even here the US support for Israel’s actions does not necessarily lead to an outcome desired by Israel. While the US would support continued Israeli covert action targeting Iran’s nuclear ambitions during a standoff over the JCPOA, if an agreement were to be reached, Israel is concerned that Washigton might block Israel from conducting additional attacks. The Israeli takeaway from its recent meetings with the Biden administration is that the US is committed to rejoining the Iran nuclear deal, and that Israeli covert action is useful only insofar as it pressures Iran to accept a deal. At the end of the day, the US policy is driven by the reality that a war with Iran would be a disaster for all parties involved, including the US and its allies, and as such, should be avoided at all costs. And while Israel may not be happy about this policy, there isn’t much they can do about it.

0 thoughts on “How realistic is an Israel-Iran war?”