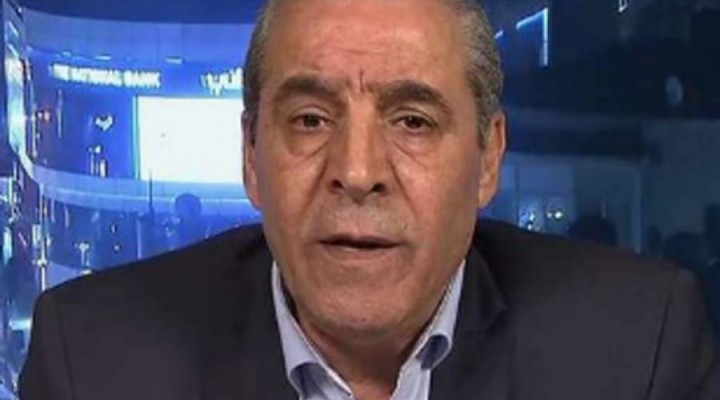 It seems that the search for a successor to Palestinian Authority (PA) President Mahmoud Abbas is nearly over, and the preferred choice of the US and Israel is Fateh Central Committee member, PLO Executive Committee secretary-general, and chief PA liaison officer with Israel (minister of civil affairs), Hussein ash-Sheikh.

It is no coincidence that The New York Times devoted a half-page spread to groom him for the succession and give him the opportunity to present his credentials and qualifications for the top PA job, with the blessing of senior US and Israeli officials including former ambassador Dan Shapiro.

In his interview with the US newspaper of record, Sheikh spoke as though he already had the PA presidency in his pocket. “You are talking to someone whose entire history is about the struggle of the Palestinian people,” he declared. “I know exactly how to lead my people to the right path.” He explained his thinking and his programme by saying that because Israel is not serious about ending the occupation, Palestinians have no option other than to keep working within the current arrangement. “If I were to dismantle the Palestinian Authority, what is the alternative?… The alternative is violence and chaos and bloodshed,” he said.

This interview was conducted just after the ‘Jerusalem Declaration’ was issued at the end of President Joe Biden’s visit, which — in addition to pledging to do anything to prevent Iran from possessing nuclear weapons — promised Israel unconditional protection and upheld its Jewish exclusiveness and annexation of Jerusalem, without any mention of Palestinian statehood or rights.

It is surprising that Fateh had nothing to say about Sheikh’s pronouncements. They blatantly violate its internal rules and procedures for selecting a new leader for itself and the Palestinian people, and give the US and Israel the final say in this regard.

Sheikh’s maximum ambition is to keep the current Palestinian situation under occupation as it is, maintain security cooperation, and live off whatever crumbs of international aid or employment opportunities Israel allows, on the pretext of avoiding “violence and chaos and bloodshed.”

According to the NYT, opinion polls show less than 3% of the public support Sheikh becoming the head of Fateh and the PA. No wonder the US and Israel don’t want internal or general elections to be held. They wax lyrical about democracy but seek to impose their own choice of leadership on the Palestinian people by force, repression, impoverishment, and the physical elimination of dissenters.

The alternative to Abbas is not Hussein ash-Sheikh or any of the other cowering and compliant members of the Central Committee. The alternative is resistance to the occupation by all ways and means, to make it too morally and materially costly to sustain, as it was becoming before the treacherous Oslo Accords. They reduced the international and Arab standing of the Palestinian cause to sub-zero by turning the Palestinians into guardians and protectors of the occupation whose security forces are devoted to cracking down on its opponents.

The main aim of the Fateh leadership should be to end the occupation, not help perpetuate it, or at least implement its own central committee’s decisions to withdraw recognition from Israel, renounce the Oslo Accords, and revert to a strategy of resistance. Fateh’s young grassroots activists have already started doing that. It is they who represent the real alternative to the PA and its current and future presidents.

The true leaders of the Palestinian people are not determined by the US and Israel, nor by Fateh’s Central Committee, but by their records of struggle, sacrifice, and inclusivity. This message must be delivered clearly to all concerned. The Palestinian people are not a flock of sheep to be herded by whoever the occupying power and its sponsor choose.

0 thoughts on “Grooming the next PA president”