HOME / WORLD / The PA is facilitating the exploitation of Palestine 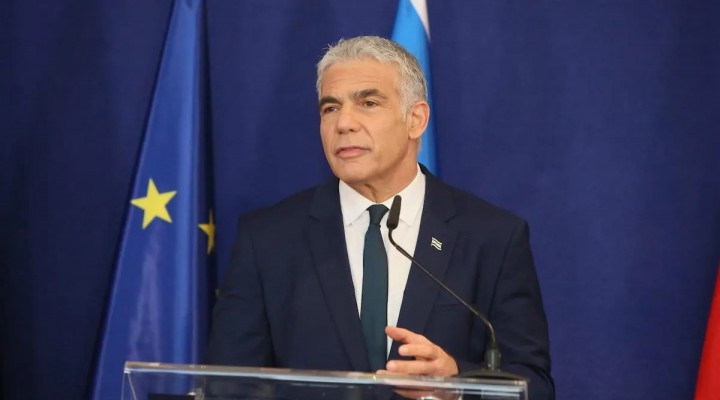 Last March, senior Palestinian Authority official Hussein Al-Sheikh met with now Israeli Prime Minister Yair Lapid to stress “the need for a political horizon” based – of course – upon the two-state politics. Lapid was not receptive at the time, stating that when he would eventually take up the role as prime minister, he would still abide by the agreements reached under the coalition government.

Now that Lapid is prime minister, his disdain for Palestine and the PA has been immediately flaunted. Following a meeting with French President Emmanuel Macron, Lapid gave a briefing at the Israeli embassy in Paris stating that no meetings with the PA are imminent. “I do not have meetings for the sake of meetings unless they have a positive result for Israel. At the moment it is not on the agenda, but I do not rule it out,” the PM said during a press briefing.

Macron urged Lapid for “a return to political dialogue between Palestinians and Israelis,” but the Times of Israel reported that the Israeli prime minister avoided talks about diplomatic engagement completely. The Palestinian issue, Lapid said, “wasn’t a large part of the conversation.”

It would also seem that Macron was not pressing for Palestine to be a vital part of the diplomatic engagement with Lapid. On the contrary, Macron’s rhetoric simply attempted to portray Lapid as a prime minister who could purportedly lead through example by carrying on the façade of the two-state compromise. Between Israel’s insistence to ignore the international consensus, and the international community’s insistence on promoting the paradigm, the PA is choosing the latter.

Since Israel has ensured that its implementation would become impossible, the PA is merely helping the international community promote Israel’s colonial expansion. Lapid will turn out to be no different, of course, even if over the past months the PA was trying to portray him as an alternative to his predecessor Naftali Bennett.

The bottom line is that Lapid, like Bennett, will continue exploiting the PA’s weakness and dependence upon Israel for its survival. There is nothing the PA wants more than to safeguard its position in Ramallah. Of course, in this case, the PA is completely aligned with Israel and the international community – none of which want to see a democratically elected Palestinian representation that could dent the new status quo of the two-state compromise against an apartheid reality which Palestinians face daily.

Of course, the PA’s next steps will undoubtedly include an extension of the grovelling it already does to prove to its donors that there is no divergence from the two-state compromise. Meanwhile, the PA’s donors will keep up the charade of agreeing with Abbas on the need for negotiations while taking no steps to actuate talks. As far as the international community is concerned, there is no need for further action, not when Mahmoud Abbas is content with the repetitive script, as long as the phrase “two-state solution” is included. Lapid will have an easy time with the PA, in parallel to the political atrocities Abbas and his officials keep inflicting upon the Palestinian people.

Palestinians ‘are bound to win’: Why Israelis are prophesying the end of their state

0 thoughts on “The PA is facilitating the exploitation of Palestine”