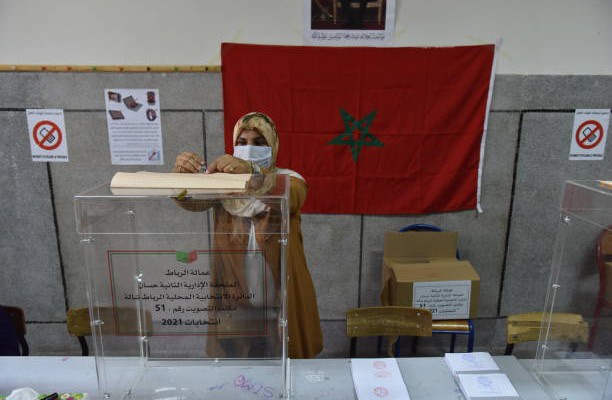 However people vote (or not), the major decisions will continue to be taken by the palace

More than 17 million Moroccans go to the polls today to elect a new parliament, with the party that wins a majority or the largest number of seats forming the next governing coalition. Expectations are that the Justice and Development (PJD) which heads the current coalition will lose ground to the National Rally of Independents (RNI) headed by billionaire businessman Aziz Akhannouch, the minister of agriculture and close associate of King Mohamed VI.

The main contest will be between these two parties, who are partners in the current government. But there is also speculation about a surprise comeback by the Istiqlal (Independence) Party, the country’s oldest, which was formed in the 1940s and led the nationalist movement at the time.

The PJD holds 125 out of parliament’s 395 seats and the RNI only 37, with another 27 held by the third largest of the five coalition partners the Popular Movement (MP). The PJD has become pragmatic: it has been campaigning on issues that affect people’s daily lives whereas in the past it focused heavily on Islamic slogans. It has been talking about reforming the rentier state and combating corruption, and its leaders have levelled accusations against Akhannouch regarding the ‘non-transparent sources’ of his fortune.

The RNI for its part has been trying to lure voters with tempting economic promises, such as raising salaries for public sector employees especially teachers, providing support to the poorest sectors of society, and creating hundreds of thousands of jobs for unemployed youth.

But the PJD has been subjected to heavy criticism for the sharp decline in Moroccans’ purchasing power and rise in inequality under its watch, its failure to tackle corruption, and then party leader outgoing premier Saad Dine El Otmani’s signing of normalisation agreements with Israel.

Morocco’s deep state – the Makhzen as it is referred to — does not want the PJD to remain in office. Accordingly. The interior ministry introduced one of the world’s most bizarre electoral laws, under which the votes of registered electors who do not turn out to vote are shared between the parties, making it meaningless to boycott the polls. The law is designed to deprive the PJD of seats and increase the representation of other parties, especially the smaller ones. The PJD denounced the law as an affront to democracy but could not block it.

The largest opposition group in the current legislature, the Authenticity and Modernity Party (PAM) with 102 seats, has little chance of going into the lead. There are disputes between its leaders, and it has been outperformed in campaigning by its rivals, especially the well-funded RNI with its strong social media presence. Some observers say the party has fallen out of favour because of its failure to mount an effective challenge against political Islam and bring down the PJD government.

On Sunday, former PJD prime minister Abdelilah Benkirane, who is not running in the election, took to Facebook, where he has tens of thousands of followers, to warn the ‘deep state’ against propelling Akhannouch to power. He described the RNI leader as a dubious businessman lacking political credentials, and said making him head of government would risk jeopardising the country’s stability.

At the last elections, the deep state, which largely controls the political scene, failed in its wager on the PAM to keep the PJD out of office. It does not want to repeat the same mistake with the RNI: if the PJD were to beat it by a single vote it would be entitled to form the next government. Hence the talk about the need to push the Istiqlal party to the fore.

Whatever happens, the ship of state will continue sailing on with only minor changes. All major decisions are made by the royal establishment, including appointments to the most important ministries such as interior, foreign affairs, defence, Islamic affairs and even finance, which a technocrat in politicians’ guise is selected to head.

0 thoughts on “Do Morocco’s elections matter?”