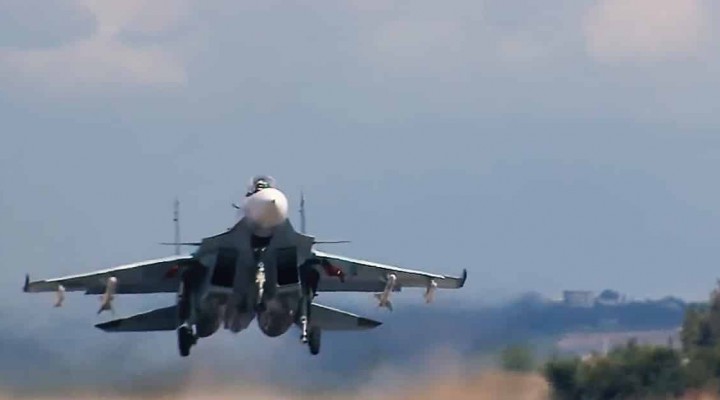 As the year’s end approaches, the situation in war-torn Syria remains far from being stable.

As of December 27, many serious military and security developments were reported in the country’s northwestern, northeastern, central and southern regions.

In the northwestern region, which is known as Greater Idlib, al-Qaeda-affiliated Hay’at Tahrir al-Sham (HTS) and its allies are once again escalating by violating the ceasefire agreement which was brokered by both Russia and Turkey more than a year ago.

In response to the ceasefire violations on December 25, warplanes of the Russian Aerospace Forces carried out a number of strikes on positions of HTS and its allies near the town of Ma’arrat Misrin in the eastern countryside of Idlib.

On December 26, a second wave of Russian airstrikes hit positions of HTS and its allies in the outskirts of the town of Darat Izza in the western countryside of Aleppo.

More Russian airstrikes will likely hit Greater Idlib as long as HTS and its allies continue to violate the ceasefire agreement.

The Syrian Arab Army (SAA) could also escalate its artillery strikes on militants’ positions in the region in the upcoming few days.

Meanwhile, the situation in the northeastern region, which is split between Turkish forces and the Kurdish-led Syrian Democratic Forces (SDF) is still tense.

On December 25, a Turkish combat drone targeted a house located to the east of the SDF-held town of Kobane in the northeastern countryside of Aleppo.

The drone strike killed five people and wounded four others. All the victims were members of the Kurdish Democratic Union Party (PYD) Revolutionary Youth.

The PYD is the leading party in the SDF’s political wing, the Syrian Democratic Council.

The SDF will likely respond to the strike very soon.

In a separate development, the Russian Aerospace Forces (VKS) conducted an aerial exercise over northern Syria from the al-Qamishli Airport on December 25.

According to Syrian and Russian news sources, at least 20 Russian warplanes took part in the aerial exercise.

An A-50 AEW&C [early warning and control] aircraft also took part in the exercise. This was the first known deployment of a Russian AEW&C aircraft at the al-Qamishli Airport.

The Russian aerial exercise was likely conducted to deter Turkey, who may be planning a new offensive against the SDF, as well as to mount more pressure on the US-led coalition.

In the central region, the VKS continues to put pressure on ISIS cells who have been waging an insurgency for the last few years.

On December 25, a series of Russian airstrikes targeted hideouts of the terrorist group near the town of al-Sukhnah in the eastern countryside of Homs.

The Russian airstrikes were carried out in support of the SAA and its allies, who are currently counducting a large-scale combing operation in the region.

Meanwhile, the situation in the southern region continues to deteriorate, especially in Daraa where assassinations continue.

On December 26, Alaa Mahamoud al-Labad, an alleged operator of the Syrian Military Intelligence Directorate, was shot and killed by unidentified assailants in the town of al-Sanamayn in the northern countryside of Daraa.

On the same day, Iyad Bakr, a member of Daraa’s Central Committee, died after sustaining several wounds in a bombing that targeted his house in the town of Muzayrib in the western countryside of Daraa.

Syrian government forces have been making immense efforts to secure and stabilize Daraa.

Yet, more time is apparently needed to see an improvement in the situation there.

All-around, it appears that Syria is about to enter a new year of violence.

The military and security situation in the country didn’t improve much during the past year.

Meanwhile, the political process appears to be stuck with no progress whatsoever.