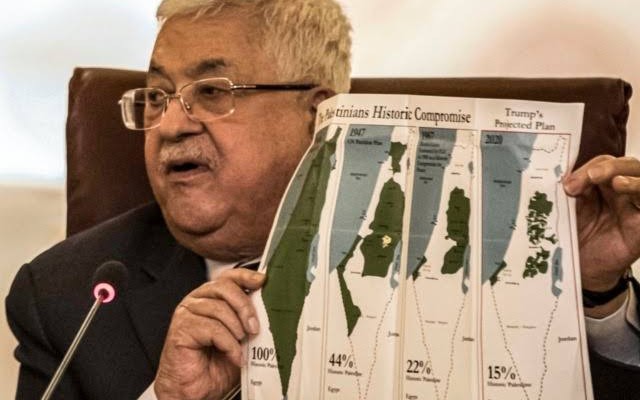 A deal that is entirely unacceptable to one of its principal parties isn’t a deal at all. In the case of the US-proposed “Middle East peace plan” – unsurprisingly endorsed by the US and Israel and few others – everything about it is designed to sabotage peace and perpetuate conflict – perhaps even expand it.

The London Guardian in its article, “Palestinians cut ties with Israel and US after rejecting Trump peace plan,” would note what are obvious conditions Palestine could not and should not accept:

The blueprint, endorsed by the Israeli prime minister, Benjamin Netanyahu, calls for the creation of a demilitarised Palestinian state that would exclude Jewish settlements built in occupied territory and remain under near-total Israeli security control.

Demilitarizing Palestine and subjecting it to occupation blatantly illegal under international law and what would undoubtedly be continued Israeli aggression, provocations, and encroachment is akin to unconditional surrender and subjugation – conditions no government could be expected to accept with Palestine being no exception.

An op-ed published by Al Jazeera titled, Trump’s Middle East plan may have a silver lining: Trump’s plan will not make the Palestinians’ lives better, but it could help dismantle the disastrous Oslo order,” would aptly describe the deal as:

Basically, Trump’s plan promises the Israelis an almost full realisation of the Zionist objectives to establish a Jewish state on all of historic Palestine, while offering the Palestinians “prosperous apartheid”, ie life under occupation with more money but no dignity and basic rights.

Of course, promises of money may or may not be fulfilled. A Palestine rendered defenseless and entirely dependent on ill-willed sponsors has no way to ensure such promises are fulfilled.

Thus the “peace plan” is yet another demonstration of Washington’s continued malign presence in the Middle East and its absolute disinterest in changing course. The Guardian would also note that several Arab allies of the US would side with Washington’s proposal, prioritizing joint belligerence toward Iran rather than solidarity with Palestine.

Helping ease Arab allies of Washington out of their pretend concern for Palestine will – Washington hopes – help them focus entirely on US plans to create a united front against Iran as US power and influence in the region slips.

Politics and Power, Not Religion

This disingenuous and counterproductive “peace plan” does however help illustrate that the current, ongoing conflict in the Middle East is not driven by religion, neither Zionist nor Islamic extremism, but rather by politics and in particular – designs to maintain Western hegemony in the region that has existed since the collapse of the Ottoman Empire. Religion and its perversion through extremism is simply used to augment and propel these designs. 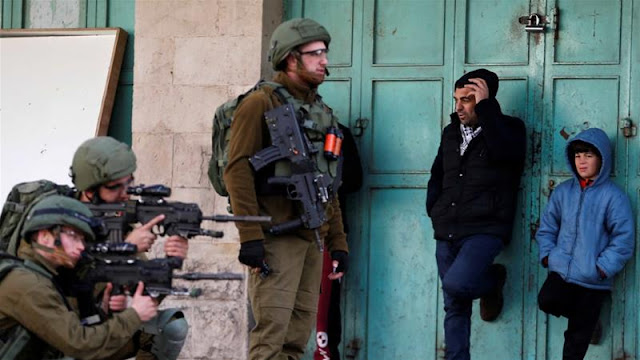 Were the conflict purely a matter of religion – Sunni and Shia’a soldiers wouldn’t be fighting side-by-side in Syria against US-sponsored terrorists. Arab nations would not be abandoning Palestine in favor of joining the US and Israel in their collective belligerence against Iran. And no nation in the region – save for Israel – would accept the most recent “peace plan” proposed by the US.

Seeing through a “peace plan” intentionally designed to further inflame emotions and deepen divides and understanding the true interests driving regional conflict will help establish common ground rather than erode it. The actual people living in Israel have more in common with ordinary people living in Palestine than with the current circle of special interests dominating the Israeli government.

Ordinary people seek peace and stability – to live out their lives and provide for their families. Tensions and the conflicts they lead to only disrupt ordinary people from achieving this basic desire – whether they are Israelis or Palestinians.

The US proposal illustrates to people on either side of the divide that the US is not an honest broker and that the current process posing as pursuing peace should be dismantled.

Because of this, and just as the US has faded from other areas of the world and even from other areas within the Middle East – the US will fade from prominence regarding the Israeli-Palestinian question – hopefully opening the way for more honest brokers to move in and propose a genuine peace deal that will right injustices and provide for the best interests of ordinary people rather than merely pose as doing so while serving the interests of a malign few.