HOME / WORLD / Unveiling the ‘Deal of the Century’ 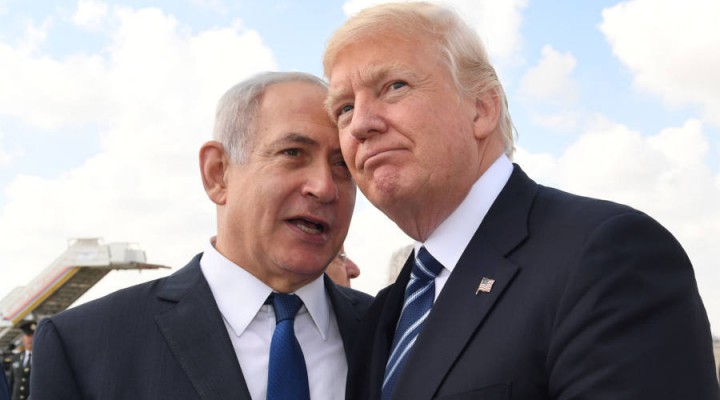 If there is anything worse than the ‘Deal of the Century’ whose details US President Donald Trump is due to announce shortly, it is the pathetic response of the Palestinian Authority (PA) to the plan. It is fully cognisant of those details, yet has been behaving like a bemused onlooker.

Spokesman Nabil Abu-Rudeineh pledged the PA would take “measures” to oppose the scheme, declaring in an official statement that it would “demand that Israel assume its responsibilities as an occupying power.” The rival Hamas movement also vowed to foil the deal. But neither side told us what they would actually do to counter it. Just days before it is due to be unveiled, we have seen no preparations made, nor even a single demonstration planned. And we’ve heard the PA promise to withdraw recognition of Israel, renounce the Oslo Accords and cease security coordination too often to hold our breaths this time.

Trump wants to give his friend Benjamin Netanyahu a gift on the eve of Israel’s third general election re-rerun and thus spare him from indictment on corruption charges. PA President Mahmoud Abbas has meanwhile been receiving foreign leaders who attended Israel’s commemoration of the 75th anniversary of the Holocaust as though he was part of the proceedings rather than the representative of the people who were the ultimate victims of that Holocaust.

Trump keeps saying how much he likes deals, and for him, the question of Palestine is merely a real estate transaction. His son-in-law Jared Kushner valued it at $50 billion at last June’s Manama conference and demanded that the Arab states share the cost between them, to the applause of the assembled Arab delegates.

The details of the deal are not worth anticipating. Trump has already blessed Israel’s annexation of Jerusalem and most of the West Bank as well as the Golan Heights and nullified the Palestinians’ right to return or to any meaningful statehood. Their rights and their humanity count for nothing in his scheme.
The real question to ponder is about the quiescence both of the PA and the general public in the Occupied Territories. How come, when people throughout the Arab world are taking to the streets to demand justice in their countries, the Palestinians are not? The PA’s collusion and the repression of its security forces is no longer an excuse. If the Palestinians, who for so long exemplified struggle and self-sacrifice, do not act, even peacefully, to confront this catastrophe, who will?

This state of dejection and apparent indifference is transitory. The current state of the Arab world inspires little hope, and under the PA and the terms of the Oslo Accords, many Palestinians have been reduced to wage-slaves or recipients of charity, who avoid rocking the boat simply to survive.
But we can be confident that this apparent apathy will not persist. The majority of the Palestinian people will not submit to humiliation and subjugation. Their disaffection is growing and needs only a spark to ignite it and trigger an explosion, as has happened repeatedly in Palestinian history.

The Deal of the Century will not be allowed to stand. The Palestinian people may not have been consulted about it, but ultimately it requires their acquiescence, and they will never accept it or allow anyone to do so in their name or on their behalf. Their current outward indifference towards it is a sign of derision rather than submission.

With the Israelis and their American backers having killed off any opportunity for peace, the Palestinians will look for support to the increasingly potent Axis of Resistance in the region and to the Arab and Islamic masses, shunning the Arab regimes that the PA relied on for backing only to see them collude with Trump and the Israelis in trying to eradicate the Palestinian cause.

If this all leads to the collapse of the PA and the Oslo Accords on which it was founded, and to a revival of Palestinian struggle and resistance in all its forms, that would be the only good thing to come out of Trump’s Big Deal.

0 thoughts on “Unveiling the ‘Deal of the Century’”