HOME / SOCIAL/CULTURAL / Magic and Voodoo Versus Science and Medicine 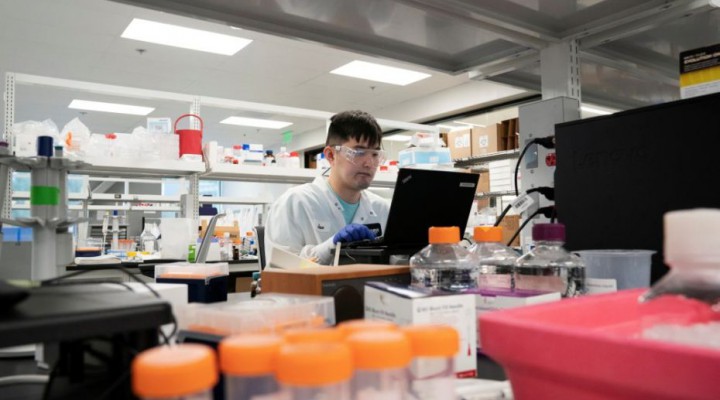 For the weak-minded who do not accept reason and logic, magic is as real as unicorns, elves, and leprechauns. For those on the far-right of politics, elves and unicorns are replaced by secretive cabals who they believe run the world.

Across the globe, as scientists and doctors are working a breakneck speed to develop safe vaccines and therapies for the Covid-19 virus, modern-day magicians and voodoo purveyors are pushing all forms of quackery to swindle and sway an unsuspecting public. The most notorious wizard of woo is Donald Trump, who, on February 28, said of Covid-19, “It’s going to disappear. One day, it’s like a miracle, it will disappear.”

Trump, like all the snake oil salesmen and carnival barkers who have preceded him, was dead wrong in his magical prognostication. As of May 16, there were 4,564, 286 cases of Covid-19, with the United States leading all other nations with 1,443,397 of the cases. Worldwide there were 308,211 deaths attributed to the virus, with the United States, again, topping the mortality list at 87,568 cases. Some U.S. government scientists believe that the U.S. death totals were manipulated to show a lower number of fatalities by not counting infected individuals who died in their homes.

There has always been a conflict between scientists and magicians. But that conflict largely began dissipating during the age of the Renaissance. The one major difference between science and magic is that science exists, and magic does not. However, for the weak-minded who do not accept reason and logic, magic is as real as unicorns, elves, and leprechauns. For those on the far-right of politics, elves and unicorns are replaced by secretive cabals who they believe run the world. These are often personified as bankers, Jews, and even reptilian extraterrestrials.

At the front lines in the current battle against both Covid-19 and the believers in miraculous but bogus cures are the public health officials. These officials, all outstanding professionals in their respective fields of medicine and science, have been demonized by those like Trump and his supporters, as well as by Brazilian President Jair Bolsonaro and his own brand of anti-science street performers and roadway bullies. Added to this menagerie of science and medicine disbelievers are far-right militias and goon squads who have not only threatened public health officers but U.S. state governors and other regional and local officials around the world.

In what amounts to a dystopian reality, where science and medicine is discarded in favor of dubious, dangerous, and potentially lethal Covid “cures” and “treatments,” including hydroxychloroquine, azithromycin antibiotic, household bleach and disinfectants, cannabis, heartburn medication, liquor, zinc and Vitamin C supplements, mouthwash, ultraviolet and sun light, aspirin, lemon juice, mangos, bananas, garlic, onions, bittergourd, turmeric, fennel tea, avocado and mint tea, and even more bizarre remedies, including volcanic ash, hamala herb incense, cocaine, chloroform, salt mineral solutions, cow and camel urine, and herbal concoctions from Sri Lanka, Brazil, Madagascar, Iran, India, and the Philippines, and Venezuela. These and other so-called remedies are in the realm of voodoo, alchemy, wizardry, and magic. Yet, in a world where the human DNA has been mapped, organs are successfully transplanted, and vaccines have, heretofore, been developed for such scourges as polio, smallpox, rubella, typhus, cholera, and other diseases, leaders like Trump, Bolsonaro, and others have not only disputed medical expertise but have moved to fire national public health officials.

Prior to the outbreak of Covid-19 (it remains unknown where it first appeared, with evidence suggesting it was either Wuhan, China; the French Alpine region; or northern Italy), Trump emasculated America’s pandemic response capability. In 2018, Trump abolished the National Security Council’s Global Health Security and Biodefense unit at the White House, which was headed by pandemic expert, Rear Adm. Timothy Ziemer. That same year, Trump also fired White House Homeland Security Adviser Tom Bossert, who had overseen national preparedness for a pandemic.

Also in 2018, the Trump administration slashed the budget for the Center for Disease Control and Prevention’s (CDC’s) office maintained at the U.S. embassy in Beijing and which liaised with the Wuhan Institute of Virology, the biosecurity level 4 facility at which Trump and his fellow conspiracy theorists have falsely suggested the Covid-19 virus was developed as a bio-weapon. Also cut from the U.S. government’s public health presence in the Chinese capital in 2018 was a U.S. Department of Agriculture specialist who monitored animal diseases. Covid-19 is a zoonotic virus that is believed to have been transmitted from bats via the pangolin lizard, to humans.

In April 2020, Trump fired Dr. Rick Bright, the director of the Department of Health and Human Services’ Biomedical Advanced Research and Development Authority (BARDA), the government’s top expert on Covid vaccine development. Bright disputed the effectiveness and safety of Trump’s magical cure of hydroxychloroquine. It was a battle between science and magic, and magic won.

Making matters even worse, Trump ordered the firing of the acting Inspector General of the Department of Health and Human Services, Christi Grimm, who identified critical shortages of Covid-19 test kits, protective gear for health workers, and ventilators. Trump also froze U.S. government contributions to the World Health Organization (WHO) and authorized their re-direction to evangelical Christian medical charities like Samaritans’ Purse, whose commitment to actual public health concerns is dubious, at best.

Fauci joined a list of other public health officials who had been subjected to death threats from Trump’s far-right, rabid gun-loving, and vigilante-prone supporters. Joining Fauci on the list of those receiving death threats were Dr. Amy Acton, the director of the Ohio Department of Health; Brett Peppin, the environmental health director for Boone County, northwest of Indianapolis; Dr. Adi Pour, the Douglas County, Nebraska health director; Pennsylvania health secretary Dr. Rachel Levine; Commissioner of the Georgia Department of Public Health Dr. Kathleen Toomey; and Dr. Michael Osterholm, the University of Minnesota’s Director of the Center for Infectious Disease Research and Policy.

Development of a Covid-19 vaccine will similarly bring out the anti-science lunatics who are known as “anti-vaxxers.” Some of these individuals, whose anti-vaccination beliefs are based on dodgy research by unqualified individuals, are also prone to committing violent acts. For example, Colorado Democratic state Representative Kyle Mullica, author of a legislative bill on childhood vaccinations. Mullica received e-mails that threatened to burn his house down, with him and his family in it, as well as hanging and dismembering him. Mullica’s Republican co-sponsor, Representative Matt Soper, was also on the receiving end of threats from what he called “bullies and thugs.” Instead of being viewed as saviors of children and adults who would have succumbed to polio, vaccine developers Drs. Jonas Salk and Albert Sabin are viewed by anti-vaxxers, many of whom also add anti-Semitism to their repertoires, as diabolical scientists.

In Brazil, Bolsonaro, nicknamed the “Tropical Trump” by supporters and opponents, alike, scoffed at the public health dangers posed by Covid-19 and suggested repeatedly that it was nothing more than a common cold. Bolsonaro publicly broke social distancing restrictions imposed by state governors and, like Trump, criticized lockdowns. Bolsonaro also fired, in quick succession, two health ministers, Dr. Luiz Henrique Mandetta and Dr. Nelson Teich, both of whom disagreed with Bolsonaro’s stances on opposing lockdowns and supporting the use of hydroxychloroquine as a remedy. In fact, as with the root cause of the friction between Trump and Fauci, most Brazilians had a better opinion of both health ministers than they did of Bolsonaro.

The war between science and “magical woo” has not been limited to the United States and Brazil. Philippines President Rodrigo Duterte has also questioned the threat of Covid and actually said that health care workers in his country who died after catching the virus were “lucky” because they “died for the country.”

It is almost inconceivable that scientists today are dealing with the same sort of ignorance that Muhammad ibn Zakariyā Rāzī, Leonardo da Vinci, Michael Servetus, Galileo Galilei, Nicolaus Copernicus, Charles Darwin, and Gerard Domagk faced in their eras. The prestigious medical journal “The Lancet,” published an editorial that called Trump’s response to Covid-19 as being “obsessed with magic bullets — vaccines, new medicines, or a hope that the virus will simply disappear,” as well as “inconsistent and incoherent.” The editorial also called for Trump’s defeat in the November election. Indeed, the world is re-entering the era of magic and voodoo.

CDC, bringing you America’s death toll under c19. Any bias/conflicts of interest?

On the Battleground of the Virus, The Fox Laughs Last

0 thoughts on “Magic and Voodoo Versus Science and Medicine”