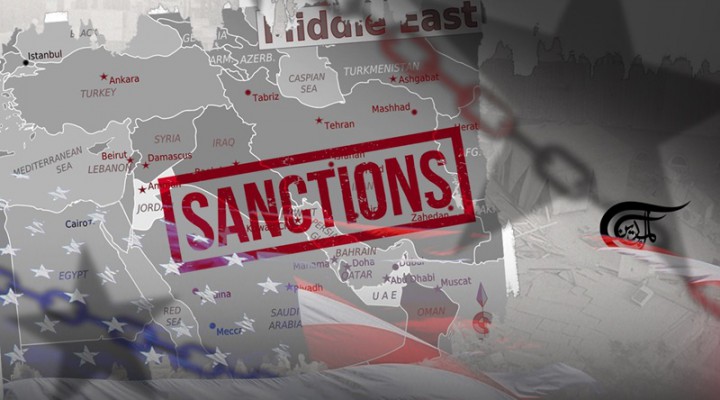 The one redeeming feature of the US-EU siege of West Asia, one of the worst crimes of the 21st century, is that it is forcing a restructuring of international economic relations, away from a Washington-centred unipolar world.

With multiple failed or failing wars, Washington and its NATO partners and hangers-on have imposed a genocidal economic siege on a contiguous bloc of seven West Asian countries, between the Mediterranean and the Himalayas.

The physical blockades on Palestine and Yemen are joined by coercive measures on Lebanon, Syria, Iraq, Iran and Afghanistan. Amongst other things, this brutal regional siege has led to 90% of the Syrian population living in poverty  and the blockaded people of Yemen suffering the world’s worst humanitarian crisis.

The aim in all cases has been ‘to starve and cause desperation’ amongst entire populations – as was said about Washington’s blockades on Cuba and on Iran. The explicit aim is imposing ‘deliberate harm’, in the hope of coercing political change. A key associated aim is to help the zionist colony keep stealing Palestinian, Syrian and Lebanese land, and so destabilise and cripple the development of the entire region.

While much of this siege is imposed in the name of ‘democracy’, ‘human rights’ and ‘anti-terrorism’, none of the NATO allied states of the region – like the Saudis, the UAE and Qatar, who actually finance and arm mass sectarian terrorism – face ‘sanctions’.

The pretexts for this siege are buried in pseudo-legal inventions. The US Treasury’s OFAC database has lists of dozens of ‘sanctioned’ entities and individuals in Palestine, Lebanon, Syria, Iraq, Iran, and Yemen. There are not many ‘sanctions’ against Afghanistan, after 20 years of US and NATO military occupation. However it is notorious that Washington has seized several billion dollars belonging to Afghanistan’s Central Bank, simply because the U.S. is dissatisfied with the current Afghan government. That is certainly a big factor in the looming mass starvation of millions of people in that unfortunate West Asian country.

So what are sanctions and when can they be justified? In international law two principles are said to limit a state’s retaliation against others: that the response should be ‘in proportion’ to an alleged action by the other; and that any reprisal only comes after attempts at negotiation.

But retaliation is unlawful when (1) the aim is to damage the economy of another nation, or there is (2) an attempt at political coercion or (3) the measures imposed also damage the rights of third parties. All these illegal elements are at work in Washington’s current regional siege. Such unilateral ‘sanctions’ are now termed ‘unilateral coercive measures’ (UCMs) and subject to special scrutiny at the United Nations.

For some time international agencies have reported on the catastrophic impact of this siege, for example in Syria and Yemen. Despite the theoretical ‘humanitarian’ exemptions in both US and European coercive measures, the U.S. strangle hold on finance means there is severe impact on essentials such as food, medicine and energy.

The W.H.O. has reported that unilateral US-EU ‘sanctions’ damage children’s cancer treatment in Syria. Medical studies have condemned Europe’s coercive ‘sanctions’ for their damage to COVID-19 prevention and treatment in Syria, while the UN rapporteur on the impact of Unilateral Coercive Measures, Ms Alena Douhan, has called for an end to Washington’s UCMs which inhibit the rebuilding of Syria’s civilian infrastructure, destroyed by the conflict. “The sanctions violate the human rights of the Syrian people, whose country has been destroyed by almost 10 years of ongoing conflict,” said Ms Douhan.

Washington’s anti-Syrian ‘Caesar Law’ was also condemned as it attempts to block third party support for the Syrian population. “I am concerned that sanctions imposed under the Caesar Act may exacerbate the already dire humanitarian situation in Syria, especially in the course of COVID-19 pandemic, and put the Syrian people at even greater risk of human rights violations,” she said.

Siege measures on north African countries have come under similar criticism. In 2015 the United Nations Special Rapporteur on the impact of ‘sanctions’ on human rights, Idriss Jazairy, urged States which have imposed UCMs on Sudan to review their policies. “Sudan has been under unilateral coercive measures for two decades without any adaptation .. The signal given by compulsory measures is in contradiction with their proclaimed objectives” he said, referring to the financial restrictions imposed on all business transactions with Sudan.

In Yemen, the rational is a little different. The US-EU ‘Sanctions’ which sustain the humanitarian crisis are carried out with direct approval by the UN Security Council, under the misguided idea that an interim president from 2014 (Mansour Hadi, in exile in Saudi Arabia for the last seven years) is still the legitimate President of the country. The actual revolutionary government (the only successful revolution of the so-called Arab Spring) led by Ansarallah (disparagingly referred to as ‘Houthi rebels’) is under UNSC sanctions. So the siege on Yemen is authorised under international law, unlike the UCMs against Lebanon, Syria, Iraq and Iran.

Nevertheless, a UN body has said that the western powers and their Persian Gulf allies (especially the Saudis and the U.A.E.) waging war on Yemen should be held responsible for war crimes. That 2019 report detailed a range of war crimes over the previous five years, including airstrikes, indiscriminate shelling, snipers, landmines, as well as arbitrary killings and detention, torture, sexual and gender-based violence, and impeding access to humanitarian aid.

This writer has previously argued that the UN Security Council has betrayed the people of Yemen, exacerbating ‘the world’s ‘worst humanitarian crisis’ by demonising and sanctioning the revolutionary government while backing a Gulf Cooperation Council (GCC) puppet.

UCM regimes, now so popular with the USA and the European Union, have been condemned by independent UN experts for violating international law and for impeding the UN’s Sustainable Development Goals. While UCMs are “imposed mostly in the name of human rights, democracy and the rule of law”, Rapporteur Douhan concludes they actually “undermine those very principles, values and norms” while inflicting humanitarian damage.

The one redeeming feature of the US-EU siege of West Asia, one of the worst crimes of the 21st century, is that it is forcing a restructuring of international economic relations, away from a Washington-centred unipolar world. In future the BRICS bloc, the Shanghai Cooperation Organization and allied groups will play a much greater role.

One thought on “The Siege of West Asia”