HOME / WORLD / How Did the Balkans Become a European Dumping Ground for Washington’s Terrorists?

How Did the Balkans Become a European Dumping Ground for Washington’s Terrorists? 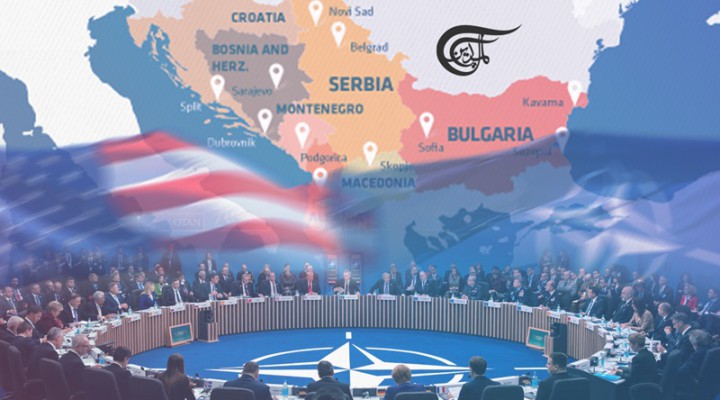 With the destruction of independent political will and fragmentation, the Balkans was wide open to outside pressure and social re-engineering.

How did terrorism come to the Balkans, itself the site of so much terrible war in the 1990s?

The US media regularly ponders this question, with disingenuous innocence. Successive reports on this theme include the New York Times’ ‘Highly Secretive Iranian Rebels Are Holed Up in Albania’, the Washington Post’s ‘Kosovo, home to many ISIS recruits, is struggling to stamp out its home-grown terrorism problem’, Radio Free Europe’s ‘Albanians convicted of terrorism’ and a New York Times piece ‘How Kosovo was turned into fertile ground for ISIS’ whose URL bears the original title ‘How the Saudis turned Kosovo into fertile ground for ISIS’.

The plain fact is that Washington, through NATO, played a major role in smashing up the independent states of the Balkans, leaving them weak and open to manipulation. After that it was Washington which rebadged and then relocated the MEK terrorist group (Iranian exiles) to Albania and, with help from the Saudis, cultivated ISIS networks in Albania and Kosovo.

Through the 1990s, NATO intervened heavily to ensure the breakup of the former Yugoslavia, smashing it into seven fragments. NATO bombed Yugoslavia continuously for 78 days, effectively destroying the state.

In the Dismantling of Yugoslavia Edward Herman and David Peterson demonstrate that, while the disintegration of the former independent socialist state had both internal and external causes, the latter were systematically underplayed. Wikipedia’s entry on the bombing of Yugoslavia states – quite falsely – that “NATO’s intervention was prompted by Yugoslavia’s bloodshed and ethnic cleansing of Albanians”. Herman and Peterson point out that western intervention “came early [and] encouraged divisions and ethnic wars”, making use of ‘humanitarian’ pretexts.

Kosovo became a statelet of ethnic Albanians, carved out of Yugoslavia and then Serbia, using a ‘Kosovo Liberation Army’ which was backed by the CIA. Socialist Albania, dismantled and divided by civil war throughout the 1990s, eventually joined NATO. And as is now reported, even in the British media, Washington secretly supported the ethnic Albanian extremists behind separatist insurgencies in Macedonia and south Serbia.

With the destruction of independent political will and fragmentation, the Balkans was wide open to outside pressure and social re-engineering.

That is well described in a  2016 Irish Times article which explains how the Saudis funded many dozens of mosques, installing Wahhabi preachers who acted to turn a “once-tolerant Muslim society … into a font of extremism”. Idriz Bilalli, Imam of the central mosque in Podujevo, said these Wahhabis aimed “to create conflict between people … [to] create division, and then hatred.” More than 300 from tiny Kosovo went to Iraq and Syria to join ISIS.

ISIS family members were more recently repatriated from Syria to Albania, in what has been described as a humanitarian mission.  But the European parliament has observed with concern that ISIS flags are flown in Albania, near the border with Kosovo.

The media in Iraq, Iran and Syria reported many times that US forces supplied ISIS and moved its commanders out of areas in which they were suffering defeat. The US denies this but senior US officials have admitted several times that its ‘major allies’ were arming ISIS, that the US fuelled the rise of the terror group in Syria and Iraq, seeing that it served US interests, “to isolate” Damascus. In 2018 Iran accused the US of also backing ISIS in Afghanistan.

Much the same logic applies to the US relocation of the Iranian terrorist group the Mujahedin-e Khalq (MEK) into Albania. Historian Olsi Jazexhi says that “after the Americans instigated a coup in 1998… Albania lost its independence… when the MEK army was relocated to Albania in 2016, the Americans, UNHCR, and our government cheated the Albanian public by telling them that MEK was coming for humanitarian reasons”. The main supporters of this ‘army’ were “the Americans, Emiratis, Saudis, and Israelis”.

The MEK had participated in Iran’s anti-Shah campaigns of the 1970s; but they fell out with the new Islamic Republic and sought refuge with Saddam Hussein in Iraq. The US Government confirmed that in 1981 the MEK had “detonated bombs… killing some 70 high-ranking Iranian officials” and that Saddam Hussein had “armed the MEK… and sent it into action against Iranian forces”.

Through this collaboration the MEK betrayed its former country so badly that they cut off any possibility of return, becoming a violent and secretive cult in exile, only able to survive through deals with foreign sponsors.

While Washington these days tries to present the MEK as a ‘democratic’ opposition, it was a listed terrorist group in the USA from 1997 until 2012. The Obama administration removed it from this list in 2012, hoping that the group could still be used against Iran.

Former CIA analyst Paul Pillar says “if the MEK is opposed to the current political order in Tehran, that’s all that matters”. Funds come from the “regional rivals of Iran”, i.e. Saudi Arabia.

The MEK has little to no support within Iran and is detested by Iranian people. A 1994 US State Department report said: “shunned by most Iranians and fundamentally undemocratic, the Mojahedin-e Khalq are not a viable alternative to the current government of Iran”.

Even a 2018 poll of Iranian Americans showed only 6 percent support for the MEK as a “legitimate alternative” to the current government. Former US Deputy Assistant Secretary of State, John Limbert, wrote that “Iranian Americans … knew the group well and detested it. They knew its murderous history in Iran”. The MEK clearly has no future in Iran, but is still seen by Washington as a useful tool.

Warehoused in Albania, not far from the ISIS cells, the MEK serves as a ‘reserve army’ for US terror operations against Iran, the central independent, resistance country in the Middle East. In this way the Balkans have come to serve as a safe haven for Washington’s proxy armies.

The Internal Partition Of The Republic Of Macedonia Is Proceeding Apace

Breaking Up Is So Very Hard to Do

0 thoughts on “How Did the Balkans Become a European Dumping Ground for Washington’s Terrorists?”