HOME / WORLD / Does the Firing of Bolton Mean That There Will Be a Change of Direction in U.S. Foreign Policy? 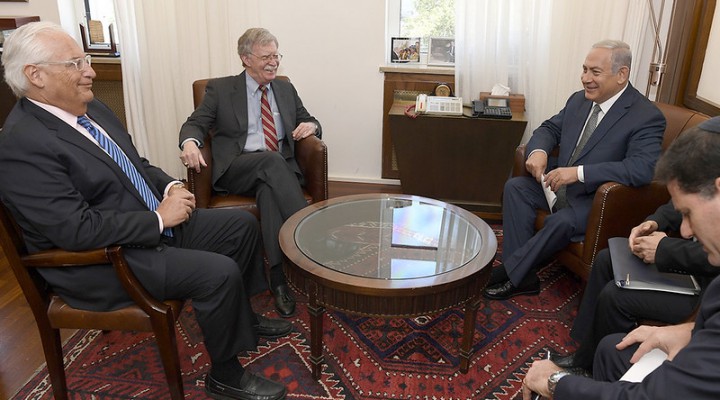 Thankfully, President Trump has finally warhawk advisor John Bolton, but will his dismissal result in a policy change?

After months of rumors, John Bolton has finally been fired from the White House, but the post-mortem continues, with the punditry trying to understand exactly what happened and why. The most complete explanation for what occurred came from President Donald Trump himself shortly after the fact. He said, in some impromptu comments, that his national security advisor had “made some very big mistakes when he talked about the Libyan model for Kim Jong Un. That was not a good statement to make. You just take a look at what happened with Qaddafi. That was not a good statement to make. And it set us back.”

Trump has a point in that Bolton was clearly suggesting that North Korea get rid of its nuclear weapons in exchange for economic benefits, but it was the wrong example to pick, as Libyan leader Muammar Qaddafi gave up his weapons and was then ousted and brutally killed in a rebel uprising supported by Washington. The Bolton analogy, which may have been deliberate, made impossible any agreement between Kim and Trump; Kim received the message loud and clear that he might suffer the same fate.

More recently, Bolton might have been behind media leaks that scuttled Trump’s plan to meet with Taliban representatives and that also undercut a presidential suggestion that he might meet with Iranian President Hassan Rouhani. Trump summed up his disagreements with Bolton by saying that the national security advisor “wasn’t getting along” with other administration officials, adding, “Frankly, he wanted to do things—not necessarily tougher than me. John’s known as a tough guy. He’s so tough he got us into Iraq. That’s tough. But he’s somebody that I actually had a very good relationship with, but he wasn’t getting along with people in the administration who I consider very important. And, you know, John wasn’t in line with what we were doing. And actually, in some cases he thought it was too tough, what we were doing. Mr. Tough Guy.”

Trump’s final comment on Bolton was that “I’m sure he’ll do whatever he can do to spin it his way,” a throwaway line that could well set the stage for what comes next. Bolton has many supporters among hardliners in the GOP and the media and will no doubt be inclined to respond to the president in kind, but once the back-and-forth starts many other factors and relationships will come into play.

For example, Bolton is rightly regarded as an uber-hawk, but that is at least somewhat attributable to who has been paying him. That would be casino magnate and Israeli dual national Sheldon Adelson, who represents a good deal of the money behind the attack-Iran movement, of which Bolton is a key player. Many believe that Bolton was appointed national security advisor by Trump in response to pressure coming from Adelson, and one might reasonably argue that he was rewarded for his constant calls to bomb Iran.

Bolton is a regular participant at terrorist group Mojahedin e Khalq (MEK) rallies and has been calling for an attack on Iran since the George W. Bush administration, when he served as recess-appointed U.S. ambassador to the United Nations. The desirability of war with Iran, which does not threaten the United States, is an Israeli concoction that has been picked up by neoconservatives like Bolton, and the foundations that have supported the effort are largely funded by Adelson and other Zionist oligarchs.

The problem for Bolton, if he chooses to become virulently anti-Trump, is that Adelson is also both bankrolling the GOP and providing advice to the president in weekly phone calls. Indeed, one should assume that the firing of Bolton was first cleared by the president with Adelson.

And the plot gets even thicker from there. Adelson is currently at odds with Prime Minister Benjamin Netanyahu over his corruption and other issues, but he wanted Bibi to get reelected because of an electoral campaign pledge to annex all Israeli settlements on the West Bank, ending forever any possibility of a Palestinian state. Netanyahu told Israeli voters that only he can guarantee total support from the American president.

Trump in turn was apparently prepared to recognize the annexation to help Netanyahu in exchange for a commitment that the Israeli prime son supports Trump, supported Netanyahu, supports Bolton, and passionately desires an end to any talk about Palestinian statehood. That would suggest that Bolton will somewhat cool his jets, at least until the Israeli election is verified, and he may even decide to forego a harsh response if he wants to stay on the good side of Adelson. But his neocon friends and their related liberal interventionists both on talk shows and in the media will certainly go after Trump with fire and fury over the dismissal of the outstanding “patriot” Bolton.

An alternative view is that Trump got rid of Bolton for all the right reasons, namely that as president he is disinclined to start any new wars and seeks negotiated solutions to existing conflicts, both of which concepts were no doubt regarded as anathema by the national security advisor. Unfortunately, that argument runs into problems where rhetoric and deeds disconnect if one considers actual actions undertaken by the president without Bolton’s prodding.

First of all, Trump has been overly deferential towards the bona fides of the former military officers and hardliners he has included among his cabinet appointments. He appointed Bolton, though admittedly under orders from Adelson, and also Mike Pompeo first as CIA director and then as secretary of state. There is no one around who outdoes Pompeo when it comes to avoiding diplomacy and negotiations while also threatening dire consequences for America’s “enemies.” Pompeo will remain in the cabinet and there was even some talk that he might take over the national security advisor duties on top of his responsibilities at State. Trump instead appointed Robert O’Brien.

Far from fulfilling campaign promises to end the wars he inherited, Trump has continued and even escalated those conflicts. He has withdrawn from agreements with Russia and Iran that enhanced U.S. national security. Drone strikes under Trump have increased dramatically and have exceeded the number occurring during both of Obama’s terms, while new rules of engagement have led to a major increase in civilian casualties from U.S. bombing directed against ISIS and the Taliban. Trump supports the Saudi Arabian genocide against Yemen.

And the president has demonstrated that he is willing to go to war. He has twice illegally attacked Syria based on phony intelligence, and even when he decides at the last minute not to use force, as he did earlier this year with Iran, there is no serious evidence that he is truly seeking dialogue. He is waging “maximum pressure” economic warfare against both Iran and Venezuela, in both of which countries he has called for regime change. He has threatened Russia over Crimea and Ukraine. Transparent regime-change policies coupled with willy-nilly imposing of sanctions are destructive, hostile steps that kill people in the targeted countries and make enemies where none previously existed.

So, does the firing of Bolton mean that there will be a change of direction in U.S. foreign policy? Maybe a course correction, but much more than that is unlikely. Trump will be in full 2020 campaign mode and will be reluctant to step into any new quagmires, but the basic belligerency of the administration is likely to continue. We will know more when we see the new national security advisor in action. Thank goodness it was not temporary replacement Charles Kupperman, a devout friend and ally of Bolton.

One must assume that the problems with Bolton were based on the fact that he was not a team player and possibly even a leaker, rather than policy based. Unfortunately, O’Brien appears to be another “Swamp Creature,” a longtime government insider who has worked for both Republicans and Democrats for many years. Still, he could not be worse than Bolton.

Either way, it is good to see Bolton gone. Any time a neocon and Israel-firster is removed from the board it is good for the United States.

0 thoughts on “Does the Firing of Bolton Mean That There Will Be a Change of Direction in U.S. Foreign Policy?”