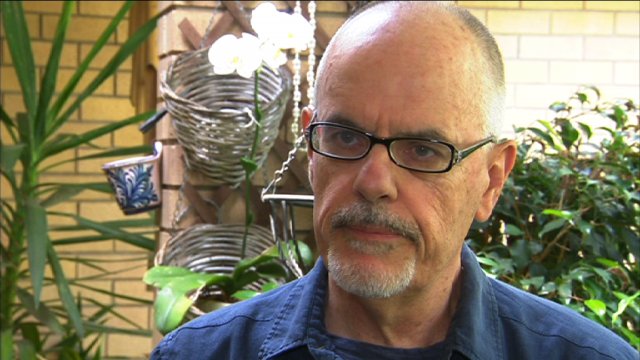 Professor Tim Anderson, the Director of the Sydney-based Centre for Counter Hegemonic Studies, says the United States is like an opportunist vulture, ready to take advantage of any internal unrest in states it wishes to weaken or topple.

“Of course, given the death and suffering they have inflicted on the entire West Asian region in the last two decades, we have to regard any sympathy they express for ordinary people to be crocodile tears,” Dr. Anderson said in an interview with the Balkans Post about the recent protests in Iran.

Balkans Post: Last month, Iran experienced widespread protests, which erupted over a hike in the price of gasoline and lasted for a few days. The protests turned violent in many places and caused huge financial and human losses. What are your thoughts on the way the Islamic Republic handled the situation?

Tim Anderson: The fuel price rise seemed justified in the circumstances (of very low prices and a squeeze on state finances), and had been foreshadowed, but there was criticism on the way it was implemented, given that many people’s incomes were very low and the impact was hard. Perhaps it could have been done in stages. But the government has promised compensation for those on low incomes, from the extra fuel revenue raised. However a broader question is, will the economic liberalism of the current government weaken Iran’s (up until now fairly strong) social security system?

Balkans Post: As soon as the protests turned violent, the White House voiced satisfaction and expressed support for “the protesters”. What could you say about this?

Tim Anderson: Washington is like an opportunist vulture, ready to take advantage of any internal unrest. We saw this in Syria, then later Lebanon, Iraq and Iran. The imperial power has always played friend of the masses, when protests affect a state they wish to weaken or topple. Notably they are not on the side of the current protests in Chile and Colombia. Of course, given the death and suffering they have inflicted on the entire West Asian region in the last two decades, we have to regard any sympathy they express for ordinary people to be crocodile tears. Indeed, it is Washington’s sanctions which helped squeeze state finances and thus create general hardships. Just last month the U.S. Secretary of State Mike Pompeo indicated general starvation was an intended consequences of the U.S. policy of “maximum pressure”. He said Iran’s leadership had to bow to the U.S. “[if] they want their people to eat”.

Balkans Post: As you mentioned, the pervasive sanctions imposed by the U.S. were one of the main reasons that led to the unrest, what goals do you think the Trump administration is pursuing with its “maximum pressure” policy against Iran?

Tim Anderson: What are referred to as “sanctions” are really illegal acts of war, as they aim to (i) hurt the people (ii) coerce political change and (iii) affect third parties. There is a history of measures which may be used in disputes (e.g. sanctions against apartheid South Africa), but the unilateral measures by the U.S. do not fit those rules. I wrote about this in Chapter three of my book Axis of Resistance: Towards an Independent Middle East.

This economic assault on Iran (like that on Iraq, Syria and Lebanon) is an integral part of the propaganda, diplomatic, irregular and regular warfare measures taken up by Washington against all the independent peoples of the region. It parallels measures used against Latin American countries in the past (e.g. Cuba and Chile) and today (e.g. Nicaragua and Venezuela). U.S. official Lester Mallory said of the economic blockade imposed on Revolutionary Cuba in the early 1960s: “The only foreseeable means of alienating internal support is through disenchantment and hardship … every possible means should be undertaken promptly to weaken the economic life of Cuba … to being about hunger, desperation and overthrow of government”. Similarly, when moving against the Allende government in Chile in the early 1970s, President Richard Nixon said he hoped to force political upheaval by measures designed “to make the economy scream”. These are acts of criminal aggression.

Balkans Post: Iran’s Supreme Leader Ayatollah Ali Khamenei blamed the Pahlavi family and the MEK terrorist group for the unrest. What’s your take on this?

Tim Anderson: Several groups very rapidly infiltrated the fuel price protests and began carrying out and inciting violence. Those violent elements are often funded by the U.S., effectively assets of the CIA and National Endowment for Democracy (NED). Amongst those are former royalists and MEK terrorists, possibly also some DAESH elements. They are linked to plans for a foreign overthrow of the Republic. This colonizing of the protests by U.S. agents is clearly something to which the Iranian state has to pay close attention, in context of the hybrid war openly waged against Iran.

Balkans Post: What’s the impact of the anti-Islamic Republic propaganda machine – including the U.S. and UK-based Persian language TV channels and the MEK trolls among many other actors – on the political turmoil that we’ve been witnessing in Iran?

Tim Anderson: Propaganda is a constant in today’s hybrid wars, and far more powerful than in the past. They want to turn the world upside down, and make us believe white is black.

Balkans Post: Amnesty International claims that at least 208 people have been killed in the protests. Also, according to U.S. Special Representative for Iran Brian Hook, more than 1,000 people were killed. Given that Iran has not announced any official death toll yet, what are these numbers based on?

Tim Anderson: To my knowledge Amnesty International, an agency now well known for its support for multiple false pretexts for war, has no official presence in Iran. If it is like Libya and Syria, they are getting stories from sub-contracted agencies and individuals. So their information is unreliable and varies wildly, as the question suggests. What U.S. diplomats say is even worse. As with the war on Syria, foreign propaganda operatives often seem to pluck their figures out of thin air.