The Internal Partition Of The Republic Of Macedonia Is Proceeding Apace 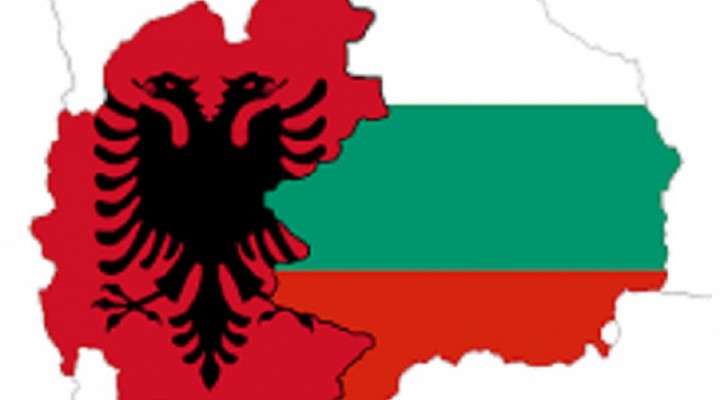 The results of the recently launched census in the Republic of (“North”) Macedonia will more than likely institutionalize the country’s internal partition between Macedonians and Albanians as the latter group’s leaders seek to formalize the status of their so-called “state within a state” through some variation of “federalization” on the basis of potentially fraudulent data.

The Republic of (“North”) Macedonia hasn’t been in the international news much after a liberal-globalist Color Revolution succeeded in toppling its conservative-nationalist government several years ago under threat of launching a violent Hybrid War to that end had this outcome not peacefully materialized. The subsequent years saw the country surrendering its unique identity to neighboring Albanian, Bulgarian,and Greek claims, thereby raising questions about the state’s continued existence, exactly as I predicted would happen back in 2017. “The world’s first politically correct police state” will likely exploit the potentially fraudulent results of the recently launched census (the first in approximately two decades) in order to institutionalize the country’s internal partition between Macedonians and Albanians as the latter group’s leaders seek to formalize the status of their so-called “state within a state” through some variation of “federalization”.

It’s due to these fears that Macedonia’s VMRO-DPMNE opposition (which used to rule the country prior to being overthrown after the liberal-globalist Color Revolution) is calling on its supporters to boycott the census in order to not grant it the legitimacy that it needs in order to internationally justify any such forthcoming moves in that direction. It’s also currently trying to collect signatures in order to legally foil this plot through parliament. There’s no telling whether they’ll succeed in stopping it, but they’re nevertheless making a public effort to try, which should show the rest of the international community that there are serious concerns about this process. It’s unlikely that the EU states will criticize the census, let alone push back against Skopje’s probable attempts to impose some sort of “federalization” onto the country as the de facto institutionalization of its seemingly inevitable internal partition, but Russia would do well to popularize VMRO-DPMNE’s concerns.

Moscow’s regional strategy towards the Balkans is presently undergoing a “recalibration” of sorts as the country struggles to adapt to international processes there that are largely beyond its control. I elaborated more on this in two analyses back in 2019 when Russia recognized Macedonia’s contentious name change despite having previously criticized this course of action that the opposition convincingly argues is illegitimate. It’s understandable why it did so in hindsight since the country usually recognizes whatever internal decisions any internationally recognized government makes, but that doesn’t mean that it shouldn’t raise awareness of the regionally destabilizing possibility that a “second Kosovo” will eventually be carved out of the Republic of (“North”) Macedonia’s western regions. As a responsible stakeholder in Balkan security per its diplomatic role in attempting to resolve the Kosovo issue, Russia should be very concerned by this scenario.

To be absolutely clear, it has no interest nor means to influence the course of events in the Republic of (“North”) Macedonia, but drawing attention to this credible scenario of regional destabilization that might very well soon arise out of the predictably controversial results of the ongoing census could help make this a legitimate topic of conversation for those who would be most directly affected by it (especially in Serbia). Realistically speaking, it might ultimately be impossible to reverse the state fragmentation process that was catalyzed after the Color Revolution first commenced half a decade ago, but Russia still doesn’t have to go along with it by granting even the most tacit degree of legitimacy. Moscow must be reminded that any further concessions by Skopje’s Color Revolution-installed liberal-globalist government to the country’s Albanian minority will endanger the security of its Serbian partners and advance the goal of “Greater Albania”.

Patriotic Macedonian activists should therefore consider contacting the Russian Embassy and the Kremlin via its website to make their concerns known. They must seek to receive an official statement from Moscow about how it would view the possible “federalization” of their country or other such means that would institutionalize Macedonia’s gradual internal partition of recent years. The most passionate among them should also launch a social media guerrilla campaign by commenting about this in Russian under media posts by Moscow’s major outlets, including writing directly to them to make them aware of this scenario. In parallel with this, they should also solicit the support of similarly concerned Serbian patriots and their related media. Ideally, Macedonians and Serbs can succeed in putting friendly pressure on Russia to address this pressing issue, thereby possibly resulting in Moscow withholding any tacit legitimacy from this regionally destabilizing scenario.

Breaking Up Is So Very Hard to Do