HOME / WORLD / Israel and the Emirates sign the “Abraham Accords” 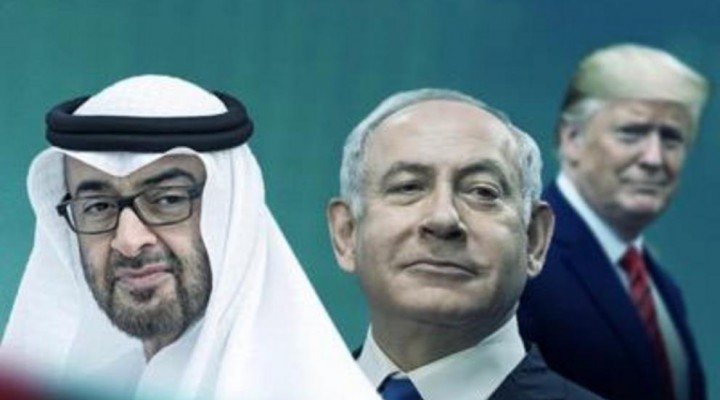 The Israeli-Emirati treaty upsets the rhetoric about the Middle East and makes possible an Arab-Israeli peace. It interrupts Israel’s inexorable nibbling of Arab territories and establishes diplomatic relations between Israel and the leader of the Arab world. If one is to examine without prejudice a situation where fear, violence and hatred are causing manifest injustices, it is clear that President Trump’s initiative has unblocked a conflict that has been tense for twenty-seven years. He was immediately nominated for the Nobel Peace Prize.

The situation in the Middle East has been blocked since the Oslo Accords signed by Yitzhak Rabin and Yasser Arafat in 1993. They were supplemented by the Jericho-Gaza Agreement, which recognizes certain prerogatives of the Palestinian Authority, and the Wadi Araba Agreements, which concluded peace between Israel and Jordan.

At the time, the Israeli government intended to separate definitively from the Palestinians. It was ready to do so by creating a Palestinian pseudo-state, devoid of several attributes of sovereignty, including an independent army and finances. Labour’s Yitzhak Rabin had previously experimented with Bantustans in South Africa, where Israel was advising the apartheid regime. Another experiment took place in Guatemala with a Mayan tribe under General Efraín Ríos Montt.

Yasser Arafat accepted the Oslo Accords to derail the process of the Madrid Conference (1991). Presidents George W. Bush and Mikhail Gorbachev had tried to impose peace on Israel by removing Arafat from the international scene with the support of Arab leaders.

Despite all this, many commentators believed that the Oslo Accords could bring peace.

In any case, 27 years later, nothing positive has limited the suffering of the Palestinian people, but the state of Israel has been gradually transformed from within. Today this country is divided into two antagonistic camps, as evidenced by its government, the only one in the world to have two Prime Ministers at the same time. On the one hand the partisans of British colonialism behind the first Prime Minister, Benjamin Netanhyahu, on the other hand the partisans of a normalization of the country and its relations with its neighbors, behind the second Prime Minister, Benny Gantz [1]. This two-headed system reflects the incompatibility of these two projects. Each camp paralyzes its rival. Only time will come to end the colonial project of conquering Greater Israel from the banks of the Nile to those of the Euphrates, the comet tail of an outdated era.

Since the attacks of September 11, 2001, the United States has implemented the Rumsfeld/Cebrowski strategy aimed at adapting the US army to the needs of a new form of capitalism based no longer on the production of goods and services, but on financial engineering. To do this, they began an “endless war” of destruction of state structures throughout the “broader Middle East” without taking into account their friends and enemies. In two decades, the region became cursed for its inhabitants. Afghanistan, then Iraq, Libya, Syria, Yemen are the theater of wars presented as lasting a few weeks, but which last indefinitely, without perspective.

When Donald Trump was elected president, he promised to put an end to the “endless wars” and to bring US soldiers home. In this spirit, he gave carte blanche to his special adviser and nevertheless son-in-law, Jared Kushner. The fact that President Trump is supported in his country by Zionist Christians and that Jared Kushner is an Orthodox Jew has led many commentators to portray them as friends of Israel. If they do indeed have an electoral interest in letting this be believed, it is not at all their approach to the Middle East. They intend to defend the interests of the American people, and not those of the Israelis, by substituting trade relations for war on the model of President Andrew Jackson (1829-37). Jackson managed to prevent the disappearance of the Indians he had fought as a general, although only the Cherokees signed the agreement he proposed. Today they have become the largest Native American tribe, despite the infamous episode of the “Trail of Tears”.

For three years, Jared Kushner travelled through the region. He was able to see for himself how much fear and hatred had developed there. For 75 years, Israel has persisted in violating all UN resolutions that concern it and continues its slow and inexorable nibbling of Arab territory. The negotiator reached only one conclusion: International Law is powerless because almost no one – with the notable exception of Bush Sr. and Gorbachev – has wanted to really apply it since the partition plan for Palestine in 1947. Because of the inaction of the international community, its application if it were to happen today would add injustice to injustice.

Kushner worked on many hypotheses [2], including the unification of the Palestinian people around Jordan and the linking of Gaza to Egypt. In June 2019, he presented proposals for the economic development of the Palestinian territories at a conference in Bahrain (the “deal of the century”). Rather than negotiating anything, the idea was to quantify what everyone would gain from peace. In the end, he managed, on September 13, 2020, to get a secret agreement signed in Washington between the United Arab Emirates and Israel. The agreement was formalized two days later, on September 15, in a watered-down version.” [3] 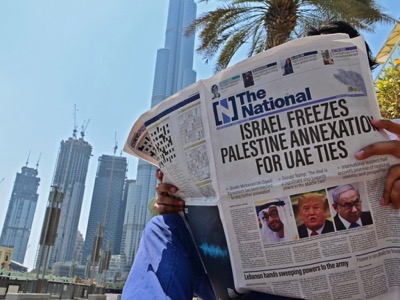 The press in the Emirates does not have the same version of the events as that of Israel. None of them has an interest in expressing itself frankly.

As always, the most important thing is the secret part: Israel was forced to renounce in writing its plans for annexation (including the territories allegedly “offered” by Donald Trump in the “deal of the century” project) and to let Dubai Ports World (known as “DP World”) take over the port of Haifa, from which the Chinese have just been ejected.

This agreement is in line with the ideas of the second Israeli Prime Minister Benny Gantz, but represents a disaster for the camp of the first Prime Minister, Benjamin Netanyahu.

Not having read the secret part of the agreements myself, I do not know if it clearly indicates the renunciation of annexing the Syrian Golan Heights, occupied since 1967, and the Lebanese Shebaa Farms, occupied since 1982. Similarly, I do not know whether compensation is provided for the port of Beirut, since it is clear that its eventual reconstruction would be detrimental both to Israel and to the Emirates’ investments in Haifa. However, the Lebanese President, Michel Aoun, has already publicly evoked a real estate construction project instead of the port of Beirut.

In order to make this treaty acceptable to all parties, it has been named “Abraham Accords”, after the common father of Judaism and Islam. The paternity was attributed, to the great joy of Benny Gantz, to the “outstretched hand” (sic) of Benjamin Netanyahu, his toughest opponent. Finally, Bahrain was associated with it.

This last point aims to mount the new regional role that Washington has granted to the Emirates in replacement of Saudi Arabia. As we announced, it is now Abu Dhabi and no longer Riyadh that represents US interests in the Arab world [4] Other Arab states are invited to follow Bahrain’s example.

The Palestinian President, Mahmoud Abbas, has not had harsh words against the Emirati “betrayal”. He was taken up both by those who remain hostile to peace (the Iranian ayatollahs) and by those who remain committed to the Oslo Accords and the two-state solution. Indeed, by formalizing diplomatic relations between Israel and the new Arab leader, the Emirates, the Abraham Accords turn the page on the Oslo Accords. The palm of hypocrisy goes to the European Union, which persists in defending international law in theory and violating it in practice.

If President Trump is re-elected and Jared Kushner continues his work, the Israeli-Emirati agreements will be remembered as the moment when Israelis and Arabs regained the right to speak to each other, just as the overthrow of the Berlin Wall marked the moment when East Germans regained the right to speak to their relatives in the West. On the contrary, if Joe Biden is elected, Israel’s nibbling of Arab territories and the “endless war” will resume throughout the region.

Relations between Israel and the Emirates had long since stabilized without a peace treaty since there was never a declared war between them. The Emirates have been secretly buying arms from the Jewish state for the past decade [5]. Over time this trade has increased, especially in terms of telephone interceptions and internet surveillance. In addition, an Israeli embassy was already operating under cover of an intelligence agency.

In addition, an Israeli embassy was already operating under cover of a delegation to an obscure UN body in the Emirates. However, the “Abraham Accords” challenge the dominant Arab-Israeli discourse and shake up internal relations in the entire region.

0 thoughts on “Israel and the Emirates sign the “Abraham Accords””