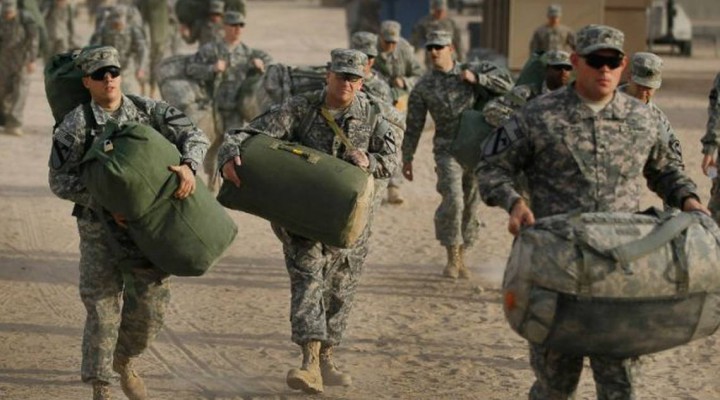 Iraq, Afghanistan, Somalia, Yemen and Syria: The United States has been at war for almost 20 years. These endless wars have cost us dearly, in tax dollars, lives lost and clear negligence of human needs at home. Whether Democrat or Republican, presidential candidates have promised us peace, but once in office, brought us more war.

President Obama spent more on the military than George W. Bush; dropped more bombs on Afghanistan; increased CIA drone strikes; invaded Libya and dragged the United States into the Yemen war. He did sign a breakthrough nuclear treaty with Iran, but President Trump overturned it.

Obama’s main innovation was a doctrine of covert and proxy wars that reduced U.S. casualties and muted domestic opposition to war.

Trump has escalated the wars in Iraq, Syria, Somalia and Afghanistan. He has fully backed the Saudi-led war in Yemen; even vetoing a rare bipartisan rebuke from Congress. Steps toward peace in Syria, Afghanistan or Korea are stalled, and his administration’s belligerent policies toward Iran and Venezuela threaten new wars.

We are on the cusp of a new election cycle, one where we can make peace a priority issue. There are more than 20 candidates vying to be the next president of the United States. Within that field, there is a wide variety of experience, positions, voting records and donor priorities.

With the first debates approaching in Miami and town hall meetings a regular occurrence, each candidate should be asked tough questions on how they will bring an end to the current wars and prevent new ones. How will they walk back the brewing Cold War and arms race with Russia and China? Will they downsize the gargantuan military budget and the sprawling network of over 800 overseas military bases? Will they curb U.S. weapons sales to abusive regimes and promote diplomacy and international law?

While there is no guarantee that candidates will stick to their campaign promises, it’s important to assess what prospects for peace each of them might bring to the White House.

The top peace candidates in the race are Bernie Sanders, Tulsi Gabbard, Elizabeth Warren and Marianne Williamson. Sanders has the best voting record. He has a history of voting against the bloated military budget and has thrown his weight behind efforts to stop U.S. support for the Saudi bombings in Yemen. He also calls for U.S. withdrawals from Afghanistan and Syria, and opposes threats of war against Venezuela and Iran.

Rep. Tulsi Gabbard has made foreign policy — articularly ending war — he centerpiece of her campaign. She opposes the new arms race with Russia; wants to halt U.S. “regime change” interventions; and supports rejoining the Iran nuclear deal. But Gabbard’s voting record is not as dovish as her campaign message. She voted for 19 of 29 military spending bills in the past six years and she voted three times not to limit the use of Pentagon slush funds.

While Warren has approved most military spending bills, she now supports cutting our bloated defense budget and opposes U.S. plans to spend more than a trillion dollars to modernize our nuclear arsenal.

Williamson is a refreshing voice for peace. She asserts that a militarized foreign policy creates enemies, and proposes a 10- to 20-year plan to transform our wartime economy into a peace-time economy.

Joe Biden has a mixed record on military engagement. In general, he is supportive of U.S. interventions, big military budgets and would not make significant changes in militarist policies.

The other candidates have not taken a strong position for ending America’s wars or cutting its record military spending. Amy Klobuchar is the most hawkish, having voted for all but one of the military spending bills since 2013.

These endless wars and runaway military spending drain our resources, corrupt our national priorities and undermine international cooperation. It’s time we hear some broad, revolutionary plans for getting our nation off its addiction to militarism.

Democratic “Superdelegates” May Once Again Rob Bernie Sanders of the Nomination