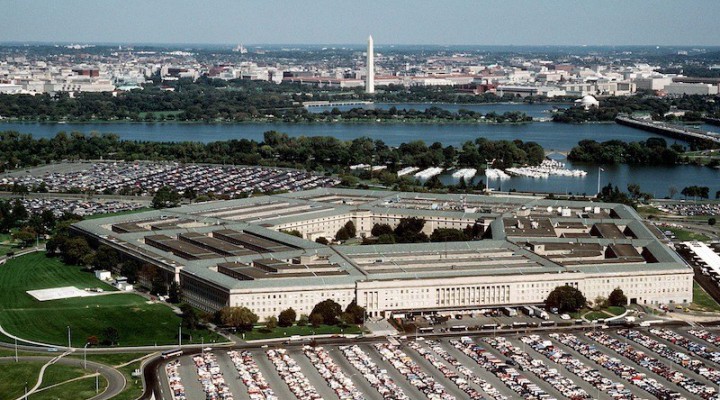 “The sources added that President Trump himself was not enthusiastic about a military move against Iran, but lost his patience on the matter and would grant Secretary of State Mike Pompeo, who is pushing for action, what he wants,” The Jerusalem Post reports.

This news comes after public statements by Pompeo that the US is considering a “full range of options” against Iran. It also comes as 1,000 additional US troops are being sent to the Middle East to “address air, naval, and ground-based threats” there. It also comes amid sightings of depraved war criminal Henry Kissinger at the Pentagon.

✔@thekarami
in response to unproven claim that Iran attacked a Japanese tanker in the Persian Gulf the US is going to bomb an Iranian nuclear facility. https://www.jpost.com/Middle-East/Iran-News/UN-officials-US-is-planning-a-tactical-assault-in-Iran-592832 …
956
10:26 PM – Jun 17, 2019
Twitter Ads info and privacy

The military action under consideration would be an aerial bombardment of an Iranian facility linked to its nuclear program, the officials further claimed.

829 people are talking about this

Many comparisons are being made today between the unforgivable Iraq invasion and the agendas that this administration is attempting to advance in Iran, and rightly so. But make no mistake, Iran is not Iraq. A full-scale war against Iran would be many times more deadly, costly and destabilizing than Iraq; the UK’s Admiral Lord West told The Daily Star Online last month that winning such a war would require no less than a million troops. And it’s not difficult to imagine how the Trump administration’s brinkmanship could lead to all-out war.

If the US does decide to attack Iran over the highly suspicious Gulf of Oman allegations, for example, it’s not difficult to imagine a scenario in which Iran defends itself or retaliates and kills US servicemen. Once you’ve got the names and faces of US military personnel blaring on news screens all across America, you’ll see the war hawks converge and demand far more aggressive retaliations against Iran, and if the pressure works we could easily see an all-out war between the two nations. It just takes the right spark to land in the right place at the right time for the whole thing to go up in flames, and there are a lot of people trying to create sparks.

It would not be difficult for Trump to find himself in such a situation.

“This is actually a line that both the Saudis and the Israelis have been making to Washington for quite some time,” Iranian foreign policy analyst Trita Parsi told CNN International in response to the question of whether Iran would just allow an attack without retaliation. “This is essentially saying that Iran is no different from Syria. You can strike yet they won’t have the guts to respond. We actually know that that’s not true because just two weeks ago when there was a ratcheting up with tensions the US intelligence itself picked up that as US warships were heading towards the middle east, the Iranians started putting some of their missiles on boats and started moving them around, appearing as if they were either wanting to protect those missiles or preparing for counter strikes.”

“So the idea that this will just be a limited strike and the Iranians won’t respond seems extremely unlikely, but this is how you sell a big war: you pretend that you are selling a small war,” Parsi continued. “Because that’s much more digestible. That’s something perhaps that Trump could agree to. If you actually try to say ‘Look, let’s have a big war,’ not only would the American public be strongly against it, I personally think that Donald Trump himself would not be in favor of it.” 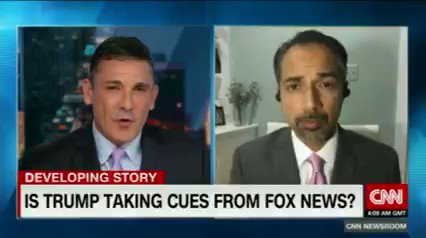 My interview on @cnni regarding Trump’s escalation with Iran and the idea that you can have a small, limited war with Iran.

“But this is how you sell a big war. You pretend you’re selling a small war because that is much more digestible.”

168 people are talking about this

As proof of its Gulf of Oman claims against Iran, the US has circulated a grainy, Loch Ness Monster-quality video which shows nothing whatsoever and which one analyst attests has been edited in a misleading way, as well as a few photographs which prove absolutely nothing.

It is worth noting, however, that some typically reliable anti-imperialist voices have been saying it’s likely that Iran was indeed behind the attacks, including Moon of Alabama, Elijah J. Magnier, and former UK ambassador to Syria Peter Ford. They argue that Iran has been backed into a corner with economic sanctions, so now it’s fighting dirty to force the Trump administration to either end the sanctions in order to come to the negotiating table or enter into a costly, unpopular war right before election time. Magnier claims to have sources in Tehran who confirm this, saying that we can expect more such incidents in the future.

I’m not taking a position either way, but I do think it would be a mistake to make the possibility of a false flag into the entire argument against attacking Iran for the Gulf of Oman incident. If Iran did indeed attack a Japanese and a Norwegian vessel to obstruct trade in accordance with Tehran’s pledge that “if Iran cannot export oil through the Persian Gulf, no-one will do this,” it’s important to recognize that Iran would only be doing this in response to extremely aggressive economic warfare by the United States. As we discussed recently, sanctions are an act of war, and if Iran is behind this and any other attacks, the US will have been the aggressor.

In any case, things could get very, very ugly, very, very fast, and if it does it will be entirely the Trump administration’s fault.

Here we go again! The US sending more troops to Middle East for what will be disastrous war with Iran. To prevent Trump and future presidents from waging war illegally (without Congress approval) we must sign my No More Presidential Wars Act. Join me: http://tulsi.to/iran10

2,241 people are talking about this

Our one saving grace through all this has been Trump’s incompetence in manufacturing any kind of coalition or broad support for increased aggressions against Iran. EU foreign ministers have joined Japan and Germany in demanding further proof of Washington’s Gulf of Oman claims, and China is now denouncing US pressure on Iran and cautioning against “opening Pandora’s box” in the Middle East with further escalations. At home, the political/media class has been far less eager to help manufacture consent for war in this case than it generally is, with even virulent neocon Max Bootadvocating for diplomacy and a return to the Iran deal, and Congresswoman Tulsi Gabbard actively plugging her No More Presidential Wars Act in response to the administration’s Iran brinkmanship.

I don’t know exactly what’s going on with Washington’s plans for Iran, but what I do know that 30 million people marched worldwide against the war in Iraq and it didn’t make a whit of difference. The same dangerously evil people who bullied, lied and cheated their way into getting their war with Iraq are pretty much the same bunch of assholes who are attempting to do the same with Iran today. Not only did none of them go to jail for that diabolical crime against humanity, most of them are still in positions of influence, and most of them are using that influence to push the world again into another war that nobody wants. How long do we put up with this crap?

Do you want to know the truth about what’s going on with Iran? The real truth? The real truth is that there’s an ever-growing, globe-spanning, oligarch-run power alliance with the United States at its center, an alliance which functions as a single empire and works relentlessly to bully other nations into either joining it or collapsing. Iran is by far the strongest nation in the region that has refused to allow itself to be absorbed into the blob, so its government has found itself in the imperial crosshairs  being commanded to either submit or be toppled. That’s all that’s going on here. Everything else is camera-friendly window dressing.

4 thoughts on “Report: US Planning “Massive” Airstrike On An Iranian Facility”