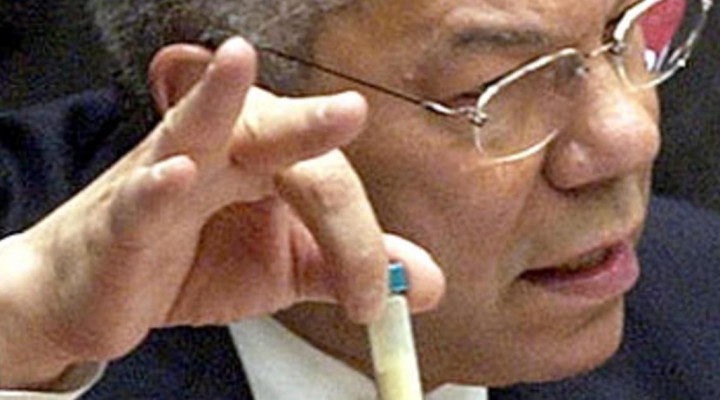 Last night Fox’s Tucker Carlson praised Trump’s decision not to go forward with a planned attack against Iran which the president claims would have killed approximately 150 people in response to a downed drone, which if true would have been a profoundly barbaric response to a broken toy plane and would have led to retaliations from Iran, followed by a chain of military actions which could have escalated God knows how far.

Carlson, who has been credited with persuading Trump against further military escalations with Iran, lit into the neoconservative elements of Trump’s cabinet with unprecedented viciousness. He called National Security Advisor John Bolton a “bureaucratic tapeworm” who never suffers any consequences for his relentless warmongering and accusing him and his collaborators of deliberately engineering a provocation to lead to direct military confrontation. Carlson urged Trump to expunge the influencers who are pushing for a war with Iran, and cautioned that it would cost him re-election.

“Bombing Iran would have ended [Trump’s] political career in a minute,” Carlson said. “There’d be no chance of re-election after that.”

Carlson’s first guest, The American Conservative‘s Robert Merry, plainly stated the likely reason for Bolton’s deceitful manipulations, saying that Americans are typically reluctant to go to war and citing a few of the historical instances in which they were tricked into consenting to it by those who desire mass military violence.

“So, you’re saying that there is a long, almost unbroken history of lying our way into war?” Carlson asked his guest rhetorically.

“Lying sometimes, not always lying, sometimes it’s manipulations, but yeah,” Merry replied. “America’s warmaking history indicates that there’s been significant instances of that kind of maneuvering, manipulations, and in some instances lying–Vietnam is a great example–to get us into wars that the American people weren’t clamoring for.”

Both men are correct. The US empire does indeed have an extensive and well-documented history of using lies, manipulations and distortions to manufacture consent for war from a populace that would otherwise choose peace, and a Reuters poll released last month found that only 12 percent of Americans favor attacking Iranian military interests without having been attacked first.

Watching Americans react online to the jarring report about how close they may have just come to a war which would have impacted most of the world to varying degrees, I’ve been experiencing a deep appreciation for what truly, sincerely good people they are underneath all the propaganda and deceit.

The fact that Americans have had to be tricked into every major military action since the Spanish-American War is telling in itself. If Americans were truly a war-hungry mob, the hawks wouldn’t need to do that. Notice too how these tricks almost always hinge on manipulating Americans’ desire to help others. The manipulators literally have to use people’s goodness to manufacture consent for war by making it all about a “dictator” who is harming his people or some variation of this theme. The hawks could try to play off of hatred or fear, but they know it wouldn’t work nearly as effectively as manipulating the already-installed “Save the day!” helping desire that most Americans live and breathe.

Now, these tricks are becoming more and more conscious for an increasing number of Americans. For instance, on the day of the Gulf of Oman incident, “Gulf of Tonkin” briefly trended on Twitter. As it becomes more apparent that they’ve been lied to, you could expect people to compartmentalize away from the bloodshed by arguing for exceptionalism and for strengthening the petrodollar and US geostrategic interests no matter the cost. They could simply switch gears and take their cues from Bolton and the neocons. But the large majority don’t. They are horrified. There is shame and there is palpable grief. They hate the thought that they might be the baddies, and they want to do what they can to stop the next senseless military bloodbath.

And then something like this near-miss happens in Iran and the responses on social media make it very clear that the will for war with Iran is almost non-existent everywhere except DC. On the contrary, Americans came out in force over the last two days to mock, deride, argue and demand that Trump cease this madness immediately. I’ve been reading all day and just swelling with so much love.

I’ve often had the thought that American culture creates the kind of people we need to save the world, but they’re also subject to the most sophisticated propaganda in the world, so so far they’ve put all that get-up-and-go goodwill into fighting shadows and each other. If the veil of the propaganda gets too thin, these guys might really end up being the superheroes, but for real this time.

And that gives me so much hope. If the US-centralized empire were built upon a foundation of cold, uncaring people, I’d probably pack it in right now and seek out a low-effort job so I can buy chips and booze to take the edge off while I wait for armageddon. But it’s not. All that’s holding our world back from health is a thin, wispy leash made of propaganda.

Whenever I try to talk about this I get a lot of pushback, not from outsiders like myself but from Americans themselves. When you’re in the thick of a society that keeps seeing itself manipulated into war after war after war, it can feel like being in the middle of an endless zombie apocalypse, and it’s easy to grow impatient with one’s countrymen.

But it’s so important that the blame be placed in the right place. We must be vigilant in directing our anger at the manipulators and not the manipulated. It’s always the conman’s fault, never the victim. That’s how it works in fraud law and how it works in life. Blaming people for being “stupid” is not only victim blaming, it’s also unlikely to be true. Being susceptible to propaganda has very little to do with intelligence. You will notice that some of the smartest people you know not only fervently believe the propaganda, they are able to gaslight themselves and others more effectively than most with their own clever arguments. A high IQ does not inoculate you against propaganda, in fact it can work against you because agile minds are able to create the most convincing kinds of reframes.

They’re not stupid, they’re trusting. And is being trusting something we really want to mock? Aside from mocking a beautiful attribute that we should be trying to protect, it also is a bad strategy if you want to help someone into seeing that they’ve been duped. Our brains are very adept at avoiding the feeling of shame, and people will use many strategies to avoid feeling the shame of being duped. So when you mock people as “stupid” you’re literally just strengthening their shame cage by making them defend it. Get angry at their abusers instead and encourage them to get angry at them too. It’s the manipulators who we should be staring down right now, not their victims.

America it is time to rise up together against the neocon menace. @AmbJohnBolton and @SecPompeo and @VP and the others are the enemies of peace and freedom. They do not care if all of us are killed, they demand their war. We must actively reject them! https://twitter.com/ColumbiaBugle/status/1142229351833845762 …

Tucker Carlson destroying John Bolton and the Neo-Cons for trying to get us into a War with Iran. #FireBolton 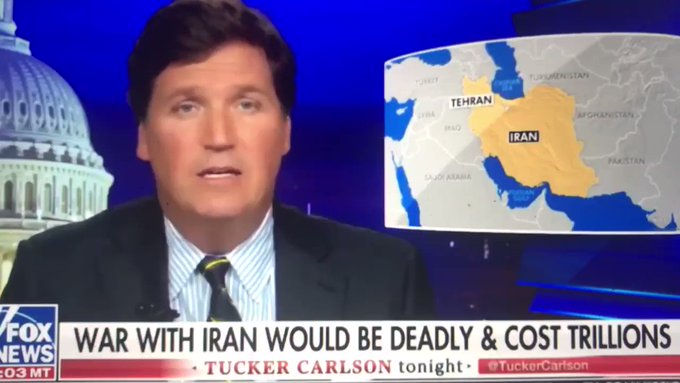 569 people are talking about this

What we are watching with Iran is a war propaganda narrative failing to get airborne. It was all set up and ready to go, they had the whole marketing team working on it, and then it faceplanted right on the linoleum. This is what a failed narrative management campaign looks like. It is possible for us to see this more and more.

Today I have a lot more hope. It’s becoming clear that the manipulations of the US war machine are becoming more and more obvious to more and more people and that everyday, regular Americans are reacting with a healthy amount of horror and revulsion. There was always the risk that the US population would already be sufficiently paced ahead of these revelations and there would be little to no reaction, but that didn’t happen. Americans are seeing what they’re doing, and they don’t like it, and they don’t want it.

And that makes me so happy. Come on Captain America. Save the day. The world is counting on you.

Be Wary of Undue Optimism