HOME / WORLD / Al-Wefaq of Bahrain asks, ”Has death by medical negligence become the latest method of reprisal in Bahrain?” 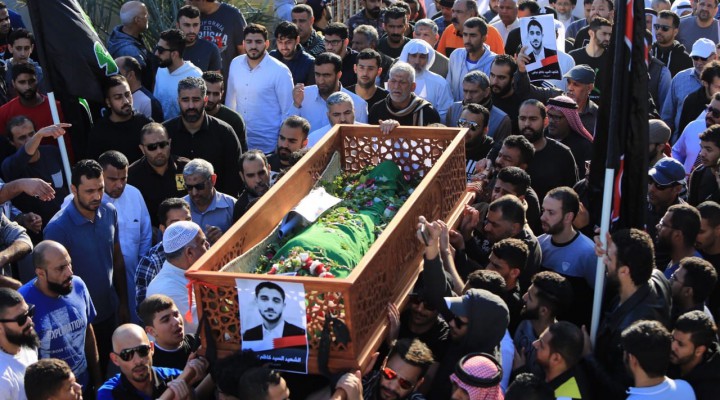 Exclusive- Bahrain’s largest opposition group, the now-outlawed Al-Wefaq movement, says that the martyrdom of former prisoners Al-Sahlawi and Khatem imposes inventible questions on what is really going on behind bars. It points out that the Bahraini masses have lined the streets, on Monday 3 February 2020, for the funeral of Sayyed Kazem Al-Sahlawi, just two days after the funeral of Hamid Khatem in the Samaheej area.

The martyrdom of al-Sahlawi and Khatem has posed intuitive questions, their answers which are acknowledged by a large segment of the Bahraini population, and even by the authority itself, Al-Wefaq said. As for the first segment, i.e. the people, they are either former detainees or families of current detainees. Whilst the second segment, i.e. the authority, knows the answers for it is the one, which engineers and systematises the prisons’ policies towards political detainees.

”How do these policies look like?” asks Al-Wefaq. A former detainee answers that one who has experienced the brutality of Manama’s prisons would never be flabbergasted by how those prisoners are only released after diagnosing deadly diseases and deteriorating of their health conditions. The former detainee adds after the failure of the prison authority’s clampdown on the detainees due to their exceptional patience, it carries on its ill-treatment to the point of denying them treatment, which mounts in many cases to death.

Then, it asks, ”What is going on inside the detention centres?” Al-Wefaq states that the most basic human right is the right to health care, and at the top of wars’ rules that when any soldier is injured and falls into the hands of the other army, his first right is to be provided with the necessary and complete health care. Nonetheless, Bahrain blatantly violates all customs, laws and rules, disregarding the slightest levels of empathy, says Al-Wefaq. It adds that the authorities intentionally persecute the detainees, during arrest and interrogation, and then it prevents them from treatment, not to mention the absence of care, almost completely for any detainee who suffers a health setback.

It also asks, ”What about the health conditions inside the prisons?” Al-Wefaq categorises the detainees as follows: those who have already been arrested with essential illnesses; those who have been persecuted prior to their detention; those who have been injured during torture in the investigation stages; and those who have been diagnosed while in prison, due to the long period they arbitrarily spend behind bars. All of those are denied treatment, and if they get it, it is mostly not appropriate for their illnesses.

Al-Wefaq, then, asks, ”Who treats the detainees?” ”When a patient detainees need treatment, they must register their name in a list of the prison ward’s patients”, it states. It goes further saying that every ward is allocated one day only per week, to transfer a very limited number of patients to the prison’s tiny clinic, managed by foreign doctors affiliated with the regime. Those ruthlessly treat the prisoners, accuse them of lying, mocking their ailments and often prescribed an inappropriate treatment. If the detainee insists on transferring him for an outside clinic, he has then to persistently try until the prison clinic doctor is convinced to be transferred to the clinics outside the prison.

”Where are the detainees transported while treatment outside the prison?” Al-Wefaq states that they are primarily transferred to the clinic of the Kala’a, aka the headquarters of Bahrain’s Ministry of the Interior, which is dedicated to its employees and in some cases to the prisoners. There, Al-Wefaq, says the treatment does not differ much from the prison clinic; however, in one way or another and because of pressure, the detainee is quickly prescribed a treatment to avoid seeing this patient in the clinic again.

It further asks, ”What if the detainees are transferred to Al-Salmaniya Hospital?” It replies that some detainees may be lucky to be transferred to the Salmaniya Medical Complex (largest public hospital situated in the Salmaniya district of Manama); nevertheless, those are counted compared to the number of those who need treatment. Al-Wefaq confirms that they are brought shackled and handcuffed, accompanied with two or more policemen even while consulting the doctor. In one case, a detainee has refused consultation because the policemen insisted on getting in with him when the doctor asked to test his sensitive area and he has thus to endure the disease’s suffering.

Al-Wefaq, finally, asks, ”What about severe cases that need constant care?” It brings up that patients of Sickle-cell disease and other serious diseases and tumours, and those who need urgent operations, have no alternative but to wait with the rest of their fellow patient detainees. After all these transfers from place to place, and after all, periods it needs, they most likely return to the zero point and do not get appropriate treatment.

All these cases, Al-Wefaq avers, have only been the tip of the iceberg. The suffering is multiplied and depicted in a clearer way when mentioning cases of epidemic or infectious diseases, which has broadened due to the prison’s poor sanctuary conditions, the absence of hygiene, the overcrowded helpless narrow cells. These questions have been imposed upon the martyrdom of al-Sahlawi and Khatem, and the most urgent of all, Al-Wefaq concludes, ”Has death by medical negligence become the latest method of reprisal in Bahrain?”

0 thoughts on “Al-Wefaq of Bahrain asks, ”Has death by medical negligence become the latest method of reprisal in Bahrain?””