HOME / WORLD / The Future of Afghanistan 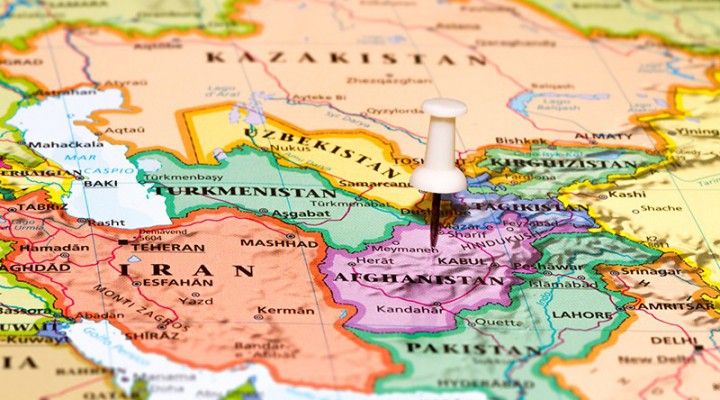 The recent announcement by the Taliban of an interim Afghanistan government appears to consolidate existing Taliban power structures rather than create the inclusive government that many in the West had hoped for. How the rest of the world responds to this new interim government will go a long way in determining the future of not only Afghanistan, but also central and south Asia. With the US and Europe hesitant to bestow legitimacy on a group that they spent the past 20 years fighting, the Shanghai Cooperation Organization (SCO), a grouping of eight Asian nations including China and Russia, will likely define the global community’s reception of Taliban-ruled Afghanistan. With Afghanistan still in precarious shape, the SCO’s next moves will be critical.

The heads of state of the eight-member SCO are due to meet in Dushanbe, Tajikistan, on Sep. 16-17. The SCO is a political and security body comprising China, Kazakhstan, Kyrgyzstan, Russia, Tajikistan, India, Pakistan and Uzbekistan. The Iranian president, Ebrahim Raisi, will also attend. Iran, which became an observer nation in 2005, has twice applied for full membership, in 2006 and 2015. Iran’s first application was rejected because it was under UN sanctions, which were lifted as part of the 2015 Joint Comprehensive Plan of Action, better known as the Iran nuclear deal.

However, Iran’s second application was opposed by Tajikistan and Uzbekistan, two observer nations who became full members in 2017. The Afghanistan situation is prompting the two former Soviet republics to re-evaluate their view of Iran’s strategic importance in the region and withdraw their previous objections. It is expected that Iran will be made a full member during the Dushanbe leadership summit, significantly boosting the capacity of the SCO to monitor and influence Taliban-controlled Afghanistan.

Normally, an issue of such geopolitical importance would be contested by competing blocs, but that is not the case here. The US and the Group of Seven (G7) convened a virtual meeting on Sep. 8 to discuss a collective response to Afghanistan. In recognition of the G7’s policy limitations, the group extended invitations to both Russia and China to participate given their influence with the Taliban. Both Russia and China turned down the invitation, showing that the SCO, rather than the US-led G7, will take a leadership role in defining relations with the new government in Afghanistan.

A key theme of the Taliban leadership since the fall of the US-supported government of Ashraf Ghani has been patience, recognizing that the transition from a war to peace is a delicate process. If mismanaged, it could result in Afghanistan sinking back into the kind of civil conflict it suffered in the 1990s. The new interim Afghan government announced by the Taliban has been criticized by the West as not being inclusive. What these critics fail to comprehend is that the current Taliban leadership is a transition government struggling to assert its authority and legitimacy.

After 2001, when the US forced the Taliban from power in Afghanistan, the Taliban leadership operated as a government in exile under its founder, Mullah Omar. When Omar died of tuberculosis in April 2013, the Taliban’s leadership council, the Rehbari Shura, opted not to inform other Taliban members, including frontline combatants. They wanted to avoid a power struggle that could disrupt negotiations with the US regarding the release of a US soldier held prisoner by the Taliban. The US prisoner was eventually released as part of a swap in which the US freed five senior Taliban leaders held in Guantanamo. The Rehbari Shura then worked to solidify succession, choosing Omar’s deputy, Mullah Akhtar Mohammad Mansour, over Omar’s eldest son, Yaqoob.

The Rehbari Shura announced Omar’s death in July 2015. Almost immediately, the leadership council faced dissent in the ranks, with some Taliban commanders accusing Mansour of covering up Omar’s death and assuming leadership improperly. Several commanders openly broke with the Taliban, either joining the newly formed Islamic State affiliate organization, ISIS-Khorasan Province, or striking out on their own. The Taliban’s internal unrest grew in May 2016, when Mansour was killed by a US drone strike. The former chief of the Taliban justice system, Haibatullah Akhundzada, was selected by the Rehbari Shura to replace Mansour.

Between 2016 and 2020, Akhundzada worked with the Rehbari Shura to consolidate his authority over the Taliban while pursuing a dual-track policy involving negotiations with the US over the withdrawal of US and foreign forces along with increased military pressure on the US-backed Afghan government to weaken its domestic legitimacy. This balancing act produced two competing wings within the Taliban, one composed of moderates seeking a negotiated settlement and another more hard-line faction focused on fighting. In the aftermath of the Taliban’s victory, Haibatullah Akhundzada and the Rehbari Shura have cautioned patience as the moderates seek to move the hard-liners off a war footing. The composition of the interim government reflects this — a collective of moderates who will define the Taliban’s policies without creating division within the ranks.

The selection of Hassan Akhund, the head of the Rahbari Shura, as prime minister reflects this. Akhund was foreign minister and deputy prime minister from 1996 to 2001. He was a key behind-the-scenes figure in negotiations between the Taliban and foreign governments in the lead-up to the US withdrawal, coordinating policy without alienating Taliban combatant commanders. Akhund was assisted in this by Mullah Abdul Ghani Baradar, a founding member of the Taliban and a former deputy defense minister from 2001 who spent eight years in a Pakistani prison after being arrested by the CIA in 2010. As the leader of the Taliban’s negotiating team in Doha, Baradar is expected to play a leading role in formulating more moderate policies that do not alienate foreign governments wary of the Taliban’s radical past. Baradar will be assisted by Second Deputy Prime Minister Mullah Abdul Salam Hanafi, an ethnic Uzbek who has taken the lead in the Taliban’s developing relationship with China.

Another critical appointment is that of Yaqoob, the eldest son of Omar, as defense minister. This represents a continuation of the role played by Yaqoob since May 2020, when he was appointed military chief of the Taliban. Yaqoob — an ardent supporter of the peace process — had the difficult task of launching a nationwide offensive against the Afghan government and managing the impact of major defections among seasoned Taliban commanders who resented the negotiations with the US. Yaqoob will be assisted in building the loyalty of the Taliban combatants by Qari Fasih, a native Tajik, who has been appointed to head the new Taliban army. Among the most controversial of the Taliban appointments is that of Sirajuddin Haqqani, who is wanted by the FBI, as interior minister. While some have interpreted this appointment as a deliberate jab at the US, the fact is that Haqqani, like the rest of the interim appointees, supported the peace process, publishing an OpEd in the New York Times on February 2020, entitled “What We, the Taliban, Want.”

What the Taliban want, above all, is peace. Before the Taliban can embark on the moderate policies that the rest of the world demands as a precursor to recognition and foreign investment, they must first consolidate control over their organization as well as the new government. Even though the Taliban won the military struggle to oust the US-supported Afghan government and foreign troops from Afghan soil, its hold on political power is precarious. The new government is striving to strike a balance between appeasing the international community without alienating the conservative combatants who made victory possible.

If the Taliban fail to moderate their policies at a pace acceptable to the outside world, it faces economic ruin due to the lack of foreign investment, which will lead to civil conflict. If it moves too fast, it will lose support from its hard-liners, which could also lead to civil conflict. There is a narrow path that leads to stability in Afghanistan, which the Taliban cannot navigate alone. With the US and G7 on the sidelines, the onus for preventing the collapse of Afghanistan now lies with the SCO.

The Afghan Débacle: Opening the Path to Economic Revolutions

0 thoughts on “The Future of Afghanistan”