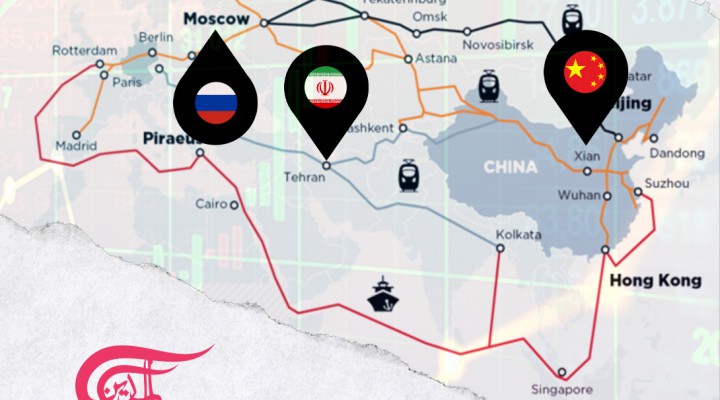 The security of neighboring countries is expected to be on top of the new government in Kabul, including the stability and economic challenges.

Just after the ending of the US occupation of Afghanistan, Tajikistan and Uzbekistan removed their objections and embraced Iran as a full member of the Shanghai Cooperation Organisation (SCO). Iran had been an observer member since 2005 and is looking forward to greater cooperation in security, intelligence, and economics between the SCO members. The potentiality of Iran benefits all SCO members, especially when the port of Chabahar opens: it is being built as a gateway to the East and the West of the Caspian Sea as part of the International North-South Transport Corridor (INSTC). Chabahar links Turkmenistan, Uzbekistan, and Tajikistan to each other on the one hand. On the other hand, it links these countries to the west in Azerbaijan, Turkey, and Europe, and through the Iranian port to Africa and India. This allows Central Asia to find more effective and productive markets, especially since the “Silk Road” to Afghanistan passes through Central Asia to the Black Sea and the Middle East. These connexions are what Afghanistan needs; rebuilding and exchanging its potential electricity, gas, and oil wealth and its vast mineral wealth, making it less dependent on Western aid and conditions, especially those of the US.

This densely populated and interconnected Eurasian region is considered a direct threat to US hegemony, which began to shatter after the US failed in the wars it launched in Afghanistan, Iraq, and Syria. These US wars showed their futility and the impossibility of achieving the US’s objectives in any of these countries. The US is no longer described as a superpower but as a “big power” that does not pay much attention to its Western strategic allies, who seem to be tired of paying the bill for the US intervention in World War II.

European states are strongly reacting because the US did not ask their opinion on strategic and partnership matters such as the withdrawal from Afghanistan. The role of most European states has been as faithful supporters, accommodating the US’s policy and military agendas for decades, even at the expense of its own political, economic, and security interests. Even when they do not represent a threat to Europe, European states are pushed to stand against China and Russia and abide by the US sanctions against Iran to fit with the US President’s agenda. Most recently European and non-European member states of the North Atlantic Treaty Organisation (NATO) involved in Afghanistan found themselves thrown into the chaotic and murderous disorganization of Kabul airport just because the US had decided to leave in a hurry.

Immediately after the Taliban took control of all 34 provinces of Afghanistan, the Russian Secretary-General for National Security Nikolai Patrushev announced to his Iranian counterpart, Admiral Ali Shamkhani, that “the Islamic Republic will become a full member of the SCO on the first of September.” This indicates that the SCO is preparing for a more significant role in the future in Central and West Asia.

The establishment of the SCO “Shanghai five” (Kazakhstan, Kyrgyzstan, Tajikistan, Russia and China) was established on the 15th of June 2001 in Shanghai, China, while Pakistan and India joined in 2017. The organization aims to enhance trust and cooperation in trade, economics, culture, tourism, transport, energy, foreign policy, and environmental protection, to maintain Asia’s security, peace, and development.

Iran provides support and various windows to the continents through the Chabahar port overlooking the Gulf of Oman. It contains the port of Bandar-e-Anzali, which is the only free zone on the Caspian Sea. Furthermore, Iran has maritime links with the Caspian Basin, including the Azerbaijani port of Baku, the Turkmenistan port of Turkmenbashi, and the Kazakhstan port of Aktau. Moreover, Iran has established a railway line heading north and then towards the southern port of Chabahar, from which there are direct freight links to the Indian port of Mumbai.

However, the US is still imposing severe sanctions on Iran, China, and Russia to slow down their economic development and the links China could develop with central and west Asia. US President Joe Biden fears the expansion of the Shanghai Organization– mainly China and Iran – which is expected to approach Afghanistan in the near future to create adequate cooperation which will ease the complex economic problems in that country. At the moment, Afghanistan remains dependant primarily on Western humanitarian aid.

Afghanistan neighbors made already the first steps towards the needs of the country: Iran has resume gasoline and diesel export to Afghanistan. Moreover, although China has said that it will a priori decide on the type of relationship with the new Afghanistan, it has met with the Taliban to explore and invest in the precious metals and minerals in Afghanistan. Afghanistan has the largest reserves of metals and minerals and energy resources of which copper, coal, iron, cobalt, (liquid metal) mercury, gold, uranium, zinc, gemstones, talc, sulphur, lithium, thorium, oil, and gas. Afghan Mines former Minister Wahidullah Shahrani estimated the value of mineral deposits between 1 to 3 trillion dollars. Moreover, the SCO members want to include Afghanistan within the “Silk Road” project (for which 900 billion dollars have been allocated) now that the US has ended its occupation.

In the past, Afghanistan had signed a contract with China to extract copper from “Mis Aynak” (meaning copper deposits in the Dari language, one of the official languages ​​of Afghanistan). The copper mine is estimated to contain about 450 million tons of copper, valued at about 50 billion US dollars. However, work in this mine has been repeatedly interrupted due to security instability. After the Taliban took control of all the provinces, one of the most critical steps:  The new government will be to face the economic challenges and revive the agreement with China to secure economic, financial and development resources for Afghanistan. The Taliban movement is expected to be responsible for the security of the borders with China.

The Chinese region of Xinjiang, where the Uyghur Muslims are located, represents 76 kilometers of border with Afghanistan. Beijing wants to ensure that the Taliban movement will prevent the eastern Pakistani movement and the Muslim Uyghurs. They fought with the Taliban and al-Qaeda in Afghanistan and Syria.

Positive signals are not only coming from Iran and China: The Russian Foreign Minister Sergei Lavrov pronounced the first favorable position, saying, “Russia does not support the Panjshir province which refused to submit to the new reality.” It seems there was little appetite to support Panjshir resistance which has fallen to the Taliban’s determination to start ruling the whole country with all its tribes and ethnicities. Iran, China, and Russia want to ensure that Afghanistan will not be a platform for the launch of attacks by jihadist insurgencies against bordering countries. The security of neighboring countries is expected to be on top of the new government in Kabul, including the stability and economic challenges. The Taliban gave sufficient guarantees for countries to decide to keep their diplomatic missions operational (China, Russia, and Iran) in Kabul and their consulates in other provinces.

China, Russia, and Iran will not accept the return of any empire to occupy Afghanistan or any attempt to destabilize it from afar. The US was defeated militarily; however, it has other means, the NGOs, to re-enter Afghanistan for humanitarian reasons to support “Afghanistan’s needs”. Therefore, it is Afghanistan’s neighboring countries that will put the past behind and support the new Afghani government in building the state. This vital support will offer the SCO an additional force which will reduce the US’s role in Central Asia to way below current levels.