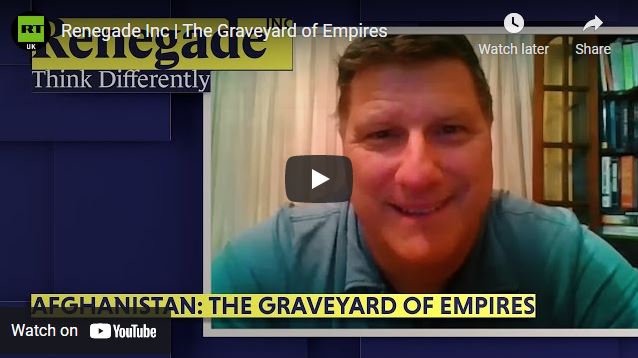 Afghanistan is known as the graveyard of empires. After a 20 year war that has cost tens of thousands of lives and over 2 trillion dollars, the US is the latest country to retreat from Afghanistan after a failed invasion.

RT UK is a channel based in London covering British news and politics, protests and interviews with people who make a difference.

America’s exceptionalism will ultimately be its downfall

0 thoughts on “Renegade Inc | The Graveyard of Empires”