The Afghan Débacle: Opening the Path to Economic Revolutions 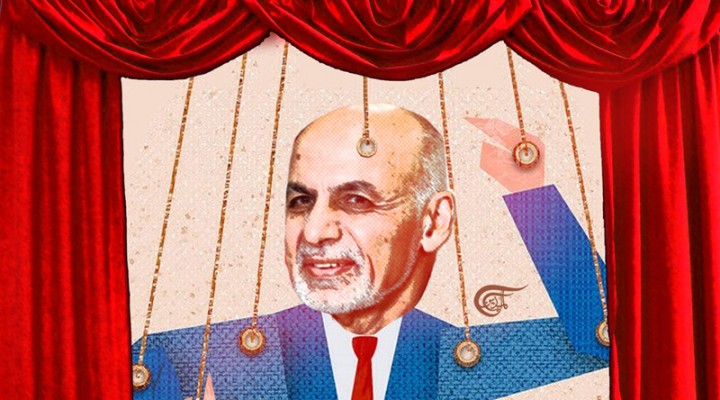 The paradigmatic blow given by Afghanistan to the Western vision, arrives at a historic moment of inflection: States deliberately are turning away from that failed model in which Ghani was succoured.

“Before he stole $169 million and fled in disgrace, Afghanistan’s puppet President, Ashraf Ghani, was formed in élite American universities, given US citizenship, trained in neoliberal economics by the World Bank, glorified in the media as an “incorruptible” technocrat, coached by powerful DC think tanks like the Atlantic Council, and given awards for his book, Fixing Failed States”. This forms the lead paragraph to Grayzone’s forensic look at who, and what, Ghani represented to the US.

He was, of course, parachuted into ‘elected’ power in Kabul, precisely to serve US interests: Ghani had worked at the World Bank for a decade, overseeing the implementation of ‘structural adjustment programmes’.  He was active primarily in neo-liberalising the Global South, but was also a player in Wall Street’s sucking up of all worthwhile assets from the former Soviet Union.

In a talk in 2005, he lauded the West’s devastating shock-looting of the natural resources belonging to the FSU. (UNICEF published a report in 2001 that found that the decade of mass privatizations imposed on Russia caused a staggering 3.2 million excess deaths, reduced life expectancy by five years, and dragged 18 million children into abject poverty).

Ghani was ‘groomed’ specifically to extend the FSU exercise into Afghanistan, too.  It would be a pilot project, in the same vein: A test-bed for the western push to export market and data driven technological managerialism, around the globe – as the unchallengeable mode of social and cultural organization. The question, Ghani himself said, “Was no longer what system a country wanted, but rather which form of capitalism – and which type of democratic participation, states would get.”

While Ghani’s dramatic flight stands out as a stark symbol of rot and corruption at the Afghan managerial top, that rot went much deeper – and much wider. The ‘Afghan débacle’ was pre-eminently the defeat and humiliation of that data-driven, market, managerialist project – in the round – whether in Afghanistan or in the equally managerialist Pentagon (where for 20 years, until the eleventh hour before its’ implosion, the mantra lie repeated by general after general, was that all was fine: plenty of ‘progress’ in Afghanistan).  Progress was being achieved – until it wasn’t.  Until collapse.

It was a striking and complete defeat for the Clinton-Blair led ‘Re-set’ notion that free markets obviated the need for politics altogether: that Big data, and expert managerialism in markets (in markets extended to ‘everything’, that is), were the crux to functional rule in the modern liberal world.

Existential political and social questions would be nuanced away through ‘Third Wayism’ (i.e. not solved – but just fudged with easy answers), or ‘regulated’ into compliance.  The answer to everything: study mass data.

The point here is that the paradigmatic blow given by Afghanistan to the Western vision (which is much more than just about the dysfunctional exit), arrives at a historic moment of inflection: States deliberately are turning away from that failed model in which Ghani was succoured.

They are evolving thinking along quite separate trajectories — ones that fundamentally challenge western technical managerialism. This is happening in China, (where Xi Jinping openly draws on Marx, Lenin, and Mao for his vision of China’s future); in Russia, (where economists have reached back to Johann Fichte’s The Closed Commercial State (1800), to Friedrich List’s (1827) theories that radically critiqued the ‘cosmopolitan economics’ of Adam Smith and J.B. Say), and then Iran (which is digging into Mohammad Baqir Sadr’s Our Economics (Iqtisaduna), a major work in Islamic economics).

China, however, already has launched its revolution, ‘Common Prosperity’, and is actuating it. The shocked op-ed writers at Bloomberg and the FT clearly are accustomed to regard China as inevitably moving towards further liberalisation. And, locked into this mindset, see ‘Common Prosperity’ as a technocratic policy adjustment or as a periodic ‘compliance issue’ that has just popped up.

However, as Michael Every of Robobank compellingly argues, this ‘take’ overlooks the fact that Xi Jinping’s thought is not liberal-market, but rather, is deeply rooted in Marx’s historical materialism which predicts that capitalism will collapse owing to deep-rooted structural problems, particularly since the West leans, more and more, on asset bubbles and QE, rather than on productive capital investment.

For China, Xi’s thought demands that China should pivot back towards more state-direction – albeit within a Leninist-style mixed economy – together with a far larger national-security focus.

All this may come as a shock to Western observers who assume China to be ‘capitalist’, and who therefore ascribe purely technocratic intentions to every development there.  However, were they to read Marxist theory or history, they would observe that with the opportunistic return to free market capitalism, subject to state controls, Lenin effectively took the de facto Marxist/Menshevik position of first needing to assimilate ‘the missing material prerequisites’ to modernisation precisely in order to help move the economy up the development ladder towards a higher stage of socialism – and then on to communism.

So, whilst many in the West approach China as having a de facto, neoliberal capitalist system, this view is not just overly simplistic, it is arguably wrong, Michael Every insists. Whilst many of the things China says may sound ‘western’, or easily-recognizable: e.g., “green”, “sustainable”, “people-centred”, etc., this does not mean that the underlying political philosophy is, in any meaningful way, ‘western-liberal’.

China is not just paying lip-service to Marxism, it is taking cues from the roots of Marxist thought traditions, while adding modern-day interpretations in order to choose its own path. With the Western capitalist system clearly in trouble, China’s leadership feels emboldened to push ahead in this regard.  Russia and Iran are scouting out their own paths too.  The data-driven defeat in Afghanistan may prove to be the canary in the mine-shaft for the neo-liberal project.

A Pandemic of Authoritarianism, as the Red Grains Cascade

0 thoughts on “The Afghan Débacle: Opening the Path to Economic Revolutions”