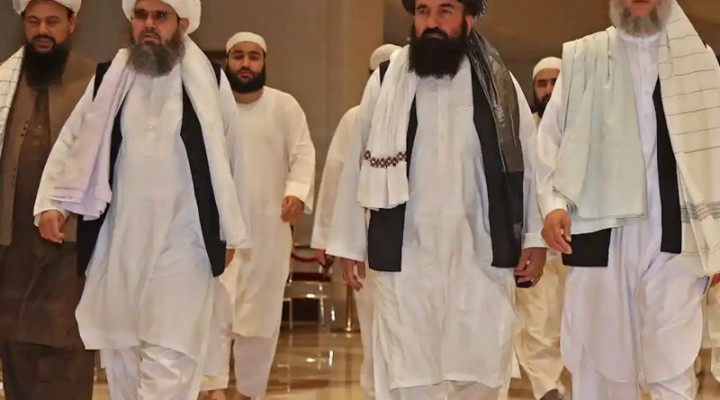 A wiser, better-traveled and social media-savvy Taliban will strive to avoid the many dire mistakes of its 1996-2001 rule

The announcement by Taliban spokesman Zahibullah Mujahid in Kabul of the acting cabinet ministers in the new caretaker government of the Islamic Emirate of Afghanistan already produced a big bang: it managed to enrage both woke NATOstan and the US Deep State.

This is an all-male, overwhelmingly Pashtun (there’s one Uzbek and one Tajik) cabinet essentially rewarding the Taliban old guard. All 33 appointees are Taliban members.

Mohammad Hasan Akhund – the head of the Taliban Rehbari Shura, or leadership council, for 20 years – will be the Acting Prime Minister. For all practical purposes, Akhund is branded a terrorist by the UN and the EU, and under sanctions by the UN Security Council. It’s no secret Washington brands some Taliban factions as Foreign Terrorist Organizations, and sanctions the whole of the Taliban as a “Specially Designated Global Terrorist” organization.

It’s crucial to stress Himatullah Akhundzada, the Taliban Supreme Leader since 2016, is Amir al-Momineen (“Commander of the Faithful”). He can’t be a Prime Minister; his role is that of a supreme spiritual leader, setting the guidelines for the Islamic Emirate and mediating disputes – politics included.

Akhunzada has released a statement, noting that the new government “will work hard towards upholding Islamic rules and sharia law in the country” and will ensure “lasting peace, prosperity and development”. He added, “people should not try to leave the country”.

Spokesman Mujahid took pains to stress this new cabinet is just an “acting” government. This implies one of the next big steps will be to set up a new constitution. The Taliban will “try to take people from other parts of the country” – implying positions for women and Shi’ites may still be open, but not at top level.

Taliban co-founder Abdul Ghani Baradar, who so far had been very busy diplomatically as the head of the political office in Doha, will be deputy Prime Minister. He was a Taliban co-founder in 1994 and close friend of Mullah Omar, who called him “Baradar” (“brother”) in the first place.

A predictable torrent of hysteria greeted the appointment of Sirajuddin Haqqani as Acting Minister of Interior. After all the son of Haqqani founder Jalaluddin, one of three deputy emirs and the Taliban military commander, with a fierce reputation, has a $5 million FBI bounty on his head. His FBI “wanted” page is not exactly a prodigy of intel: they don’t know when he was born, and where, and that he speaks Pashto and Arabic.

This may be the new government’s top challenge: to prevent Sirajuddin and his wild boys from acting medieval in non-Pashtun areas of Afghanistan, and most of all to make sure the Haqqanis cut off any connections with jihadi outfits. That’s a sine qua non condition established by the China-Russia strategic partnership for political, diplomatic and economic development support.

Foreign policy will be much more accommodating. Amir Khan Muttaqi, also a member of the political office in Doha, will be the Acting Foreign Minister, and his deputy will be Abas Stanikzai, who’s in favor of cordial relations with Washington and the rights of Afghan religious minorities.

Mullah Mohammad Yaqoob, the son of Mullah Omar, will be the Acting Defense Minister.

So far, the only non-Pashtuns are Abdul Salam Hanafi, an Uzbek, appointed as second deputy to the Prime Minister, and Qari Muhammad Hanif, a Tajik, the acting Minister of Economic Affairs, a very important post.

The Tao of staying patient

The Taliban Revolution has already hit the Walls of Kabul – who are fast being painted white with Kufic letter inscriptions. One of these reads, “For an Islamic system and independence, you have to go through tests and stay patient.”

That’s quite a Taoist statement: striving for balance towards a real “Islamic system”. It offers a crucial glimpse of what the Taliban leadership may be after: as Islamic theory allows for evolution, the new Afghanistan system will be necessarily unique, quite different from Qatar’s or Iran’s, for instance.

In the Islamic legal tradition, followed directly or indirectly by rulers of Turko-Persian states for centuries, to rebel against a Muslim ruler is illegitimate because it creates fitna (sedition, conflict). That was already the rationale behind the crushing of the fake “resistance” in the Panjshir – led by former Vice-President and CIA asset Amrullah Saleh. The Taliban even tried serious negotiations, sending a delegation of 40 Islamic scholars to the Panjshir.

But then Taliban intel established that Ahmad Masoud – son of the legendary Lion of the Panjshir, assassinated two days before 9/11 – was operating under orders of French and Israeli intel. And that sealed his fate: not only he was creating fitna, he was a foreign agent. His partner Saleh, the “resistance” de facto leader, fled by helicopter to Tajikistan.

It’s fascinating to note a parallel between Islamic legal tradition and Hobbes’s Leviathan, which justifies absolute rulers. The Hobbesian Taliban: here’s a hefty research topic for US Think Tankland.

The Taliban also follow the rule that a war victory – and nothing more spectacular than defeating combined NATO power – allows for undisputed political power, although that does not discard strategic alliances. We’ve already seen it in terms of how the moderate, Doha-based political Taliban are accommodating the Haqqanis – an extremely sensitive business.

The next step will be much harder: to convince the urban, educated populations in the big cities – Kabul, Herat, Mazar-i-Sharif – not only of their legitimacy, acquired in the frontlines, but that they will crush the corrupt urban elite that plundered the nation for the past 20 years. All that while engaging in a credible, national interest process of improving the lives of average Afghans under a new Islamic system. It will be crucial to watch what kind of practical and financial help the emir of Qatar will offer.

The new cabinet has elements of a Pashtun jirga (tribal assembly). I’ve been to a few, and it’s fascinating to see how it works. Everyone sits on a circle to avoid a hierarchy – even if symbolic. Everyone is entitled to express their opinion. This leads to alliances necessarily being forged.

The negotiations to form a government were being conducted in Kabul by former President Hamid Karzai – crucially, a Pashtun from a minor Durrani clan, the Popalzai – and Abdullah Abdullah, a Tajik, and former head of the Council for National Reconciliation. The Taliban did listen to them, but in the end they de facto chose what their own jirga had decided.

Pashtuns are extremely fierce when it comes to defending their Islamic credentials. They believe their legendary founding ancestor, Qais Abdul Rasheed, converted to Islam in the lifetime of Prophet Muhammad, and then Pashtuns became the strongest defender of the faith anywhere.

Yet that’s not exactly how it played out in history. From the 7th century onwards, Islam was predominant only from Herat in the west to legendary Balkh in the north all the way to Central Asia, and south between Sistan and Kandahar. The mountains of the Hindu Kush and the corridor from Kabul to Peshawar resisted Islam for centuries. Kabul in fact was a Hindu kingdom as late as the 11th century. It took as many as five centuries for the core Pashtun lands to convert to Islam.

To cut an immensely complex story short, the Taliban was born in 1994 across the – artificial – border of Afghanistan and Pakistani Balochistan as a movement by Pashtuns who studied in Deobandi madrassas in Pakistan.

All the Afghan Taliban leaders had very close connections with Pakistani religious parties. During the 1980s anti-USSR jihad, many of these Taliban (“students”) in several madrassas worked side by side with the mujahideen to defend Islam in Afghanistan against the infidel. The whole process was channeled through the Peshawar political establishment: -overseen by the Pakistani ISI, with enormous CIA input, and a tsunami of cash and would-be jihadis flowing from Saudi Arabia and the wider Arab world.

When they finally seized power in 1994 in Kandahar and 1996 in Kabul, the Taliban emerged as a motley crew of minor clerics and refugees invested in a sort of wacky Afghan reformation – religious and cultural – as they set up what they saw as a pure Salafist Islamic Emirate.

I saw how it worked on the spot, and as demented as it was, it amounted to a new political force in Afghanistan. The Taliban were very popular in the south because they promised security after the bloody 1992-1995 civil war. The totally radical Islamist ideology came later – with disastrous results, especially in the big cities. But not in the subsistence agriculture countryside, because the Taliban social outlook merely reflected rural Afghan practice.

The Taliban installed a 7th century-style Salafi Islam crisscrossed with the Pashtunwali code. A huge mistake was their aversion to Sufism and the veneration of shrines – something extremely popular in Islamic Afghanistan for centuries.

It’s too early to tell how Taliban 2.0 will play out in the dizzyingly complex, emerging Eurasian integration chessboard. But internally, a wiser, more traveled, social media-savvy Taliban seem aware they cannot allow themselves to repeat the dire 1996-2001 mistakes.

Deng Xiaoping set the framework for socialism with Chinese characteristics . One of the greatest geopolitical challenges ahead will be whether Taliban 2.0 are able to shape a sustainable development Islam with Afghan characteristics.

Why the Taliban still can’t form a government

0 thoughts on “What to expect from Taliban 2.0”