HOME / WORLD / So, what’s behind the US’ flip-flopping on the Iran nuclear deal? 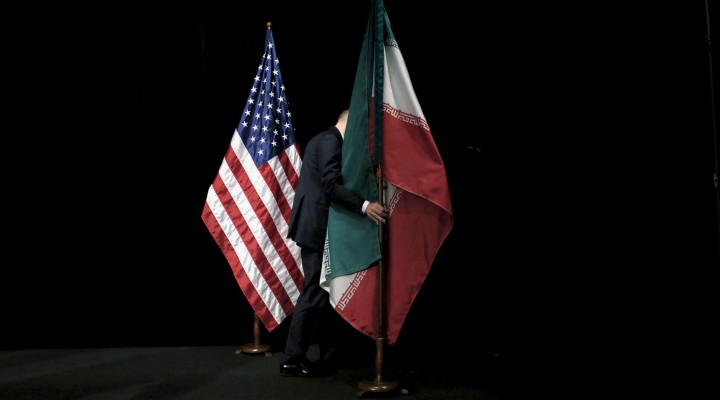 America may well reenter the JCPOA, but it’ll surely leave it again as soon as its domestic strategy changes

Economic sanctions have been the cornerstone of US policy toward Iran for more than two decades. It turns out that, as the US moves to lift sanctions on that nation by rejoining the Joint Comprehensive Plan of Action (JCPOA), global energy security is more important than the much-hyped Iranian nuclear threat.

It doesn’t matter if you’re a Democrat or a Republican, when it comes to using economic sanctions as a weapon, politics don’t matter. The case of Iran and its nuclear program stands out as a clear example of this. Under the administrations of Republican President George W. Bush and Democrat Barack Obama alike, the US used the alleged threat posed by that program – claimed by the US to be military in nature, but to be used for exclusively peaceful purposes by Iran – as justification to impose stringent economic sanctions ostensibly designed to compel the Iranian government to cease its acquisition and use of uranium enrichment technology.

Ultimately, this policy failed in the face of Iran’s refusal to yield on the issue of its rights under the terms of the Non-Proliferation Treaty to pursue a peaceful nuclear energy program inclusive of the entire nuclear fuel cycle. By building a case for sanctions as the only alternative to military action to remove the alleged threat posed by the program, the US had boxed itself into a corner where, when sanctions had demonstrably failed, the only choice left was one the US was in no position to make.

This is the true background to the 2015 Iran nuclear deal, officially known as the JCPOA. It wasn’t US sanctions that brought Tehran to the negotiating table. In fact, it was the failure of these sanctions that forced the US to back down from its previous policy position, which was intolerant of all Iranian uranium enrichment capability. For Iran, the JCPOA was a win-win situation: it was able to retain its uranium enrichment program, albeit with significant temporary restrictions and under strict monitoring from the International Atomic Energy Agency (IAEA), which employed an intrusive on-site inspection regimen, as well as to have US and international sanctions lifted.

The respite of a sanctions-free existence for Iran, however, was short-lived. There were two realities hard-wired into the JCPOA, which, from an American perspective, always doomed the agreement from being successfully brought to term. First and foremost were the so-called “sunset clauses” which placed stringent restrictions on the scope and scale of Iran’s uranium enrichment program, including limitations on the number and quality of the centrifuges it could use in this effort. As the JCPOA matured, these clauses would eventually be lifted, allowing Iran to install more efficient centrifuges in greater numbers.

Given the stated purpose of the JCPOA was to deny Iran a so-called “breakout” capability (defined as the period needed by Iran to produce enough fissile material for the production of a single nuclear device should all restrictions be removed) of less than one year, it was clear that once the sunset clauses were lifted, this breakout calculation would diminish significantly, to a period of months or even weeks. Herein lay the poison pill of the deal: the US continued to maintain that Iran had been operating a nuclear weapons program that had been mothballed in 2003, but which had never been declared by Iran and, as such, had continued to exist.

If one accepts this narrative at face value – Iran denies having ever had such a program, and the IAEA has not been able to prove that one had ever existed – then the expiration of the sunset clauses would put Iran on a fast track toward acquiring a nuclear weapons capability. This was the logic that underpinned Obama’s admission, made in April 2015 during an interview with the US broadcaster NPR, that the US would “reconsider” the viability of the JCPOA as an instrument of US policy on the eve of the clauses expiring. In short, the JCPOA was simply a place-holder, designed to buy the US time to find a way to convince Iran to give up the very thing the deal enshrined: its uranium enrichment program.

The other fatal flaw of the JCPOA was that, from an American perspective, it lacked the strength of a formal treaty. Unable to get Senate ratification of the deal, Obama enacted it through his inherent executive powers, which meant that any successive administration could simply revoke the relevant executive order and the JCPOA would, from the US perspective, be no more.

This is precisely what happened when Donald Trump was elected president. In little over a year, citing Israeli intelligence that Iran had an undeclared nuclear weapons program, and highlighting the risk of allowing Iran access to the technologies it would lawfully be able to possess once the sunset clauses expired, Trump simply withdrew from the JCPOA, instituting a policy of “maximum pressure” through stringent economic sanctions that specifically targeted Iran’s energy sector. Citing the hand-in-glove relationship between the Iranian economy and the Islamic Revolutionary Guard Corps (IRGC), the Trump administration labeled that entity a terrorist organization, opening it up to targeted sanctions.

The decision to leave the JCPOA was not well received by either Iran or the other members of the agreement (Russia, China, France, the UK, Germany, and the European Union). Neither was the US policy of maximum pressure against Iran, which employed so-called “secondary sanctions” against any nation or company that did business with Iran. The tension the policy caused regarding US relations with its European allies, combined with the deterioration of security in the Persian Gulf region, prompted the administration of President Joe Biden to commit to rejoining the JCPOA as soon as possible after coming to power in early 2021.

The negotiations between the US and the remaining parties to the Iran nuclear deal have been going on for nearly a year now. What should have been little more than the signing of an executive order undoing the actions of the Trump administration turned into a veritable effort by the Biden administration to renegotiate the JCPOA that, among other things, extended the timeframe of the “sunset clauses” and retained the non-permanent characteristic of US participation, i.e., no binding treaty, but merely a renewal of executive powers that could at any time be rescinded.

By the fall of 2021, the negotiations had got bogged down, with many observers questioning whether a deal could be reached at all. And then came Russia’s military intervention in Ukraine.

Overnight, the subterfuge of US concern over Iran’s nuclear capability dissolved in the face of brutal economic reality driven by the US-led effort to sanction Russia, inclusive of its oil and gas energy sector. Concerns about global oil supplies suddenly made Iranian oil, which the US had tried to block from the world market through sanctions, an invaluable geopolitical asset. The need to get that oil into the global energy supply chain had the effect of eliminating most if not all the objections the US had been raising regarding JCPOA renewal. The US has even sweetened the potby reportedly being open to revoking the “terrorist” label from the IRGC. And, in a final display of fecklessness, it has agreed to Russia’s demands that any economic interaction between Moscow and Tehran protected by the JCPOA cannot be subject to the US-led sanctioning of Russia because of its Ukrainian operations.

This still leaves the temporary status of any US commitment to the Iran deal on the table. This, however, is non-negotiable—there is simply no way Biden would be able to get the JCPOA in its original form through the Senate ratification process. Iran and the other parties to the agreement should have no illusions about any US commitments in this regard. There will come a time in the not-so-distant future when an American president, whether he/she is a Democrat or a Republican, will be compelled, for domestic political reasons, to withdraw from the JCPOA once again. The inconsistencies inherent in the US policy formulation – that Iran has an undeclared nuclear weapons program that would be accelerated once the sunset clauses of the JCPOA expire – demand as much.

That this reasoning is purely political in nature, however, has been exposed by how quickly the Biden administration rushed to finalize a renewal of the JCPOA. Apparently, creating the conditions to keep the price of gasoline down at the pumps in the lead-up to the midterm elections later this year trumps any genuine concern about the threat posed to international peace and security by a rejuvenated Iranian uranium enrichment program.

0 thoughts on “So, what’s behind the US’ flip-flopping on the Iran nuclear deal?”