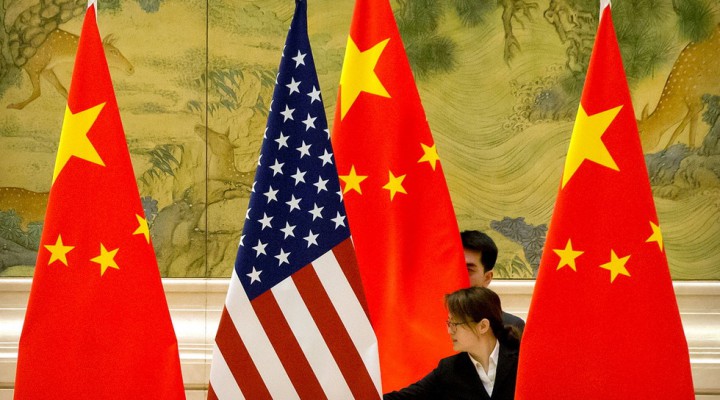 A quick history lesson: China detonated its first atomic weapon on October 16, 1964. In doing so, it became the fifth country – after the United States, the Soviet Union, the United Kingdom and France – to possess nuclear weapons. Since then, China has developed and deployed a modest arsenal of strategic nuclear weapons delivery systems, with the goal of maintaining a minimum nuclear deterrent against other nuclear-armed powers, with a particular focus on the US.

The 2006 Defense White Paper, issued by China’s State Council Information Office, provides the most authoritative description of the country’s nuclear strategy. China’s fundamental goal, the White Paper states, “is to deter other countries from using or threatening to use nuclear weapons against China.” This deterrence comes from “principles of counterattack in self-defense” (i.e., “assured retaliation”.) China “remains firmly committed to the policy of no first use of nuclear weapons at any time and under any circumstances.” Moreover, it “unconditionally undertakes not to use or threaten to use nuclear weapons against non-nuclear-weapon states or nuclear-weapon-free zones.”

The White Paper goes on to declare that China “stands for the comprehensive prohibition and complete elimination of nuclear weapons,” and that it believes in the “limited development of nuclear weapons” while aiming “at building a lean and effective nuclear force capable of meeting national security needs.” In conclusion, the White Paper notes, “China exercises great restraint in developing its nuclear force,” and “it has never entered into and will never enter into a nuclear arms race with any other country.”

From its inception in 1966, the Chinese People’s Liberation Army Rocket Force has relied upon a single missile – the DF-5 – as its primary strategic nuclear delivery system. A massive, two-stage liquid-fuel rocket which, depending on what variant one is talking about, can deliver a single warhead (DF-5A), three warheads (DF-5B) or 10 warheads (DF-5C) to targets 12,000 km (7,456 miles) from the point of launch. The DF-5, based in hardened concrete silos, was designed to be able to survive a nuclear attack in sufficient numbers to enable China to deliver a country-killing nuclear counterstrike.

The DF-5, however, had several operational drawbacks which, as the strategic nuclear capabilities of potential adversaries (i.e., the United States) improved, made its survivability in a nuclear conflict more problematic. First and foremost, as a liquid-fuel rocket, it is loaded into its silo with empty fuel tanks (the fuel and oxidizer used are highly corrosive, and if stored in the missile, would make it unusable in a matter of months.) Before it can be launched, therefore, the DF-5 must be fueled, a process that can take several hours. The Chinese also stored the DF-5 without its warheads. As such, while the missile is being refueled, special teams would be bringing the nuclear warheads from nearby storage shelters and mounting them on the missile body.

The DF-5 is extremely vulnerable during this time, and as the accuracy and time of flight capabilities of US nuclear forces (in particular the Trident D5 system) improved, the Chinese assessed that their DF-5 nuclear deterrent was vulnerable to being taken out by a first strike. Beginning in the 1970’s, China began developing solid-fuel rockets for use as mobile intercontinental ballistic missiles (ICBMs). The first of these, the DF-31, was deployed in 2006, as a road-mobile system. By 2013, the Chinese produced and fielded an improved version, the DF-31A. The DF-31 is armed with a single nuclear warhead. In 2016, China completed testing for a more modern solid-fuel ICBM, the DF-41, which has begun to enter service as a mobile missile. The DF-41 carries 10 independently targeted nuclear warheads.

Between the DF-5, DF-31, and DF-41 missile systems, China was assessed, as of 2019, of possessing around 218 nuclear warheads (It has an additional 68 nuclear warheads carried on submarines and manned bombers.) But even with this mix of silo-based DF-5s and mobile DF-31/41 missiles, China believed its forces remained vulnerable to a pre-emptive strike by American nuclear and, increasingly, conventional forces. This concern appeared to be magnified in the aftermath of the American withdrawal from the Intermediate-Range Nuclear Forces (INF) treaty in 2019, and the emerging threat of intermediate-range missiles appearing on the periphery of China’s borders.

The first sign that China was adapting to this new reality came in the form of significant improvements and additions to its massive Jilantai training area, located near the city of Jilantai in China’s Inner Mongolia province. Constructed in 2013, the Jilantai training area was the premier training grounds for the People’s Liberation Army Rocket Force, with specialized training constructed for both silo- and mobile-missile operations. Around 2016, however, China began constructing new silos that appeared to be too small to hold the massive DF-5, leading Western analysts to assess that the Chinese were preparing to house their solid-fuel ICBMs, either the DF-31, DF-41 or both, in a silo configuration.

The importance of this distinction is that, while mobility provides for an element of survivability in a classic nuclear exchange scenario, the mobile missiles are vulnerable to loiter weapons, such as armed drones, or precision stand-off weapons, such as the kind of ground-launched cruise missiles being developed by the US in the post-INF treaty era. By placing some of its solid fuel ICBMs in silos, China virtually eliminates the threat from drones and cruise missiles, and because these missiles don’t have to be fueled, reduces the vulnerability to US strategic nuclear weapons such as the Trident D5.

The scope and scale of the silo construction led some analysts to conclude that perhaps the Jilantai training area was going to assume a limited operational posture, based upon the number of silos under construction. This assessment was made moot, however, by the discovery of what many analysts believe is a massive missile base, containing 120 silos, under construction near Yumen in Gansu province, and another, containing a potential 110 additional silos, near the city of Hami in Eastern Xinjiang province.

These silos appear to be similar to the new ones seen at the Jilantai training area, leading analysts to assess that the Chinese intend to load them with either the DF-31, DF-41 or both. Many analysts believe that China may opt only to load a few of these silos with missiles, creating the potential for a “shell game” defense that would complicate nuclear targeting by the US. But even if only 80 of these silos were loaded with DF-41 ICBMs, China’s warhead total would expand considerably, adding up to 800 new warheads to their arsenal.

While China has not publicly released a new nuclear posture statement that supersedes the 2006 White Paper, the construction of new missile silos configured to hold solid-fuel ICBMs possessing multiple warheads changes the nuclear posture options for China. The most likely change is to transition from a pure retaliatory strike capability (“counterattack in self-defense”) to a launch-on-warning posture, which means the Chinese missiles would leave their silos when an attack was detected instead of waiting for a nuclear attack to actually occur. Given China’s declared nuclear policy, a launch-on-warning posture allows China to retain its no-first-use policy while simultaneously ensuring the survivability of its nuclear forces.

However, if one is an American strategic nuclear planner, one cannot ignore the reality that China is edging close to having a legitimate first-strike capability, especially if it places missiles in every one of the silos under construction. Faced with a potential first-strike capability from both Russia and China, and in light of the growing cooperation between Russia and China on defense issues regarding what both nations view as the growing threat from the United States, the US may be compelled to look at increasing its nuclear arsenal, or dramatically altering its own nuclear force posture and composition, in order to match this emerging threat. This, however, would be a prohibitively expensive proposition.

Which leaves arms control. The Biden administration is currently trying to tie US arms control talks about reducing the strategic nuclear arsenals of the US and Russia to China. Russia has rejected this out of hand, noting that it has nothing to do with the Chinese nuclear arsenal, and therefore the US should be approaching China directly on this matter. US-China nuclear reduction talks, however, are impractical when one compares the relative threat posed by 200-plus Chinese ground-based ICBMs, and the US arsenal of several thousand strategic warheads housed in a nuclear triad consisting of silo-based ICBMs, submarine-launched ballistic missiles and air-delivered nuclear weapons.

The level of reductions in the US arsenal that would make any strategic nuclear forces reduction talks viable for China could not be matched by China, and as such would be politically impossible for the US to agree to. If, however, the Chinese were to complete the two new silo bases and fill them with DF-41s, each of which armed with 10 warheads, then the US and China could negotiate mutually acceptable reductions based on strategic parity. Such negotiations would be complicated by the need to factor in not only Russia, but also the nuclear arsenals of France and the UK (as American NATO allies), as well as the nuclear arsenals of lesser powers such as Pakistan, India, Israel and North Korea.

The bottom line, however, is that China appears to have breached its commitment “never to engage in a nuclear arms race of any kind.” The facts show that China entered this new phase of nuclear weapons development and deployment as a reaction to developments by potential adversaries (i.e., the US), but let there be no doubt – this is an arms race. The placement of the Chinese silo bases appears, by intent, to be outside the range of anticipated US intermediate-range weapons, such as cruise missiles, meaning that there will be increased pressure placed on the States to field a new generation of silo-based ICBMs to replace the aging Minuteman III missiles, as well as a new generation of submarine-launched missiles and missile-carrying submarines, and a new generation of manned bomber – all in numbers greater than current forecasts call for.

The US cannot afford to enter this kind of arms race with China. Simply put, China has out Ronald Reagan-ed the US, flipping the Cold War theory that the US outspent the Soviet Union, bankrupting it, and accelerating its collapse on its head, so that it’s the US that’s being outspent, bankrupting itself, and pushing itself closer to collapse. Hopefully, the US leadership is wiser than their Soviet counterparts before them. But, if history has shown us anything, the US is addicted to the power it believes it accrues by possessing a large nuclear weapons arsenal, and like any addict, liberating oneself from its drug of choice is difficult, if not impossible.