HOME / Multimedia / How Is India Reacting to the War in Ukraine?

How Is India Reacting to the War in Ukraine? 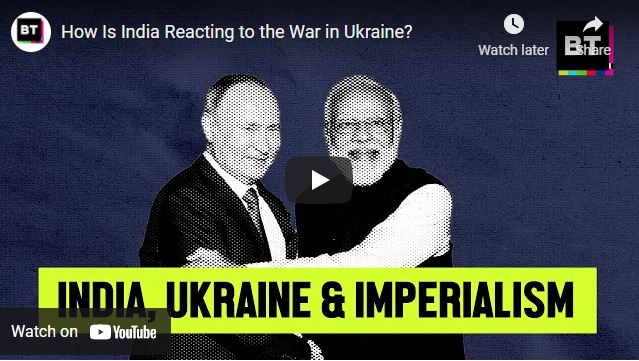 India isn’t often discussed in the context of the Ukraine war, but India is the second largest country in the world by population, and has a relationship with both Russia and the U.S. Russia and India have a strong economic relationship, while the U.S. has been eager to have India as a political partner.

How is India reacting to the Russia-Ukraine war? Prasanth R., a journalist in India with Peoples Dispatch and NewsClick, breaks down the geopolitical consequences.

0 thoughts on “How Is India Reacting to the War in Ukraine?”