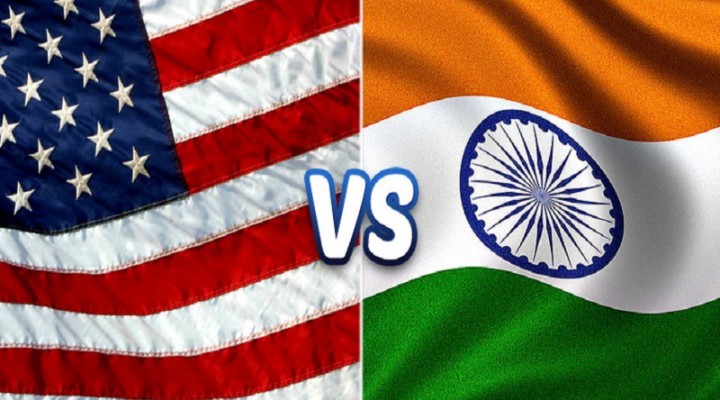 The US is actively meddling in India’s foreign policy by trying to provoke misguided grassroots resistance to its Russian-friendly dimension, which is completely contrary to the official spirit of friendship between these fellow Quad partners.

The US’ ongoing information warfare campaign against India aimed at driving a wedge between it and Russia carried out its latest provocation late last week after State Department spokesman Ned Price commented upon India’s commitment to the rules-based international order. This phrase is widely employed by the US as a euphemism for imposing double standards upon the international community in pursuit of anything that can indefinitely delay the US’ declining unipolar hegemony across the world. India, however, regards the concept differently and views it solely in terms of the principles enshrined in international law through the UN Charter. The American and Indian positions have many commonalities but also some key differences, especially regarding the application of this concept towards Russia.

What follows is the exact exchange between Price and a reporter on the examined topic:

“QUESTION: Thank you. When Secretary Blinken met India’s External Affairs Minister S. Jaishankar in Melbourne a few days ago, did he come out with the impression that India is fully supporting United States on the issue of Russia?

MR PRICE: So, there was a discussion of Russia and Ukraine in the context of the Quad meeting that we had with our Indian counterparts, our Japanese and Australian allies. There was a strong consensus in that meeting that there needs to be a diplomatic – a peaceful resolution to this. One of the core tenets of the Quad is to reinforce the rules-based international order, and that is a rules-based order that applies equally in the Indo-Pacific as it does in Europe, as it does anywhere else.

We know that our Indian partners are committed to that rules-based international order. There are any number of tenets to that order. One of them is that borders cannot be redrawn by force, that large countries cannot bully small countries; that only the people of a particular country can be in a position to choose their foreign policy, their partnerships, their alliances, their associations. Those are principles that apply equally in the Indo-Pacific as they do in Europe.”

As can be seen, he very strongly implied that India supports the US’ anti-Russian interpretation of this.

That’s not the case, though, as proven that very same day after India’s Permanent Representative at the UNSC said that “India’s interest is in finding a solution that can provide for immediate de-escalation of tensions taking into account the legitimate security interests of all countries and aimed towards securing long-term peace and stability in the region and beyond.” This approach was applauded by Russia, which described it as “balanced, independent and principled”. That aligns with New Delhi’s statement from late January “call[ing] for a peaceful resolution of the situation through sustained diplomatic efforts for long-term peace and stability in the region and beyond.” Its UNSC statement also follows the White House Deputy Press Secretary dishonestly implying that India is interested in anti-Russian sanctions.

Quite clearly, India doesn’t interpret the rules-based international order concept in any anti-Russian way, nor is it interested in jumping on the US-led West’s sanctions bandwagon against its special and privileged strategic partner. Price is simply waging yet another information warfare attack against the Russian-Indian Strategic Partnership whose grand strategic prospects can literally be described as game-changing due to their unstated desire to jointly assemble a new Non-Aligned Movement (“Neo-NAM”) for creating a third pole of influence in the bi-multipolar world order. This maximizes India’s strategic autonomy and prevents it from being subjugated as the US’ “junior partner”, which irks America to no end after it unilaterally complicated its relations with the South Asian state from summer 2020 onward.

There are also several informal examples of influential non-state American actors assisting in their government’s ongoing information war against the Russian-Indian Strategic Partnership. This month’s scandal over Ruptly-funded redfish’s (stylized with a lower-case r) now-postponed Kashmir video saw the mysterious “Prop Or Not” McCarthyite account, the fiercely anti-Russian RAND Corporation’s Derek J. Grossman, and the neoconservative Heritage Foundation’s Jeff M. Smith all falsely misportraying that site as a Kremlin mouthpiece in order to rile up their targeted Indian audience with anti-Russian suspicions. Smith also recently tweeted without evidence that most Indians don’t support Russia’s stance towards the undeclared US–provoked missile crisis in Europe but are “quiet” out of “loyalty”.

To their credit, many Indians promptly corrected him, but the point to pay attention to is how influential non-state American actors are trying to stir up trouble between India and Russia. These infowar attacks won’t have any effect on their intergovernmental relations but nevertheless risk manipulating Indians’ perceptions about that Eurasian Great Power. That’s the intent, though, since the US hopes to mislead its target audience about Moscow for the purpose of having them eventually push back against their government’s historically close relations with it. In other words, the US is actively meddling in India’s foreign policy by trying to provoke misguided grassroots resistance to its Russian-friendly dimension, which is completely contrary to the official spirit of friendship between these fellow Quad partners.

Regarding that bloc, India also acted as a calming influence within it by ensuring that the Quad didn’t make any reference to Ukraine or Russia in its joint statement. That was, to paraphrase Russia, the “balanced, independent and principled” thing to do but it must have also upset the US to know that India is strategically autonomous enough to the point of proudly resisting America’s pressure to risk its relations with Russia in a misguided attempt to strengthen their group’s cohesion. The Quad isn’t supposed to have anything to do with Russia though which is why it was wrong for the US to bring it up in the first place during their fourth Foreign Ministers’ meeting in Melbourne. Since then, the White House Deputy Press Secretary and State Department spokesman launched anti-Indian infowar attacks.

This confirms that they were displeased by India’s independent stance towards that issue, which adds further credence to the prediction that New Delhi will never join the US’ anti-Russian sanctions nor condemn Moscow in the context of the undeclared US-provoked missile crisis in Europe. India will truly behave in a “balanced, independent and principled” way regarding anything that has to do with its special and privileged strategic partner that’s arguably its top such partner anywhere in the world and has consistently been since that South Asian state’s independence. Whether it’s the concept of the rules-based international order, Moscow’s growing ties with Islamabad, or anything else, India will never publicly criticize Russia. All that America’s infowar attacks will do is strengthen their strategic ties.