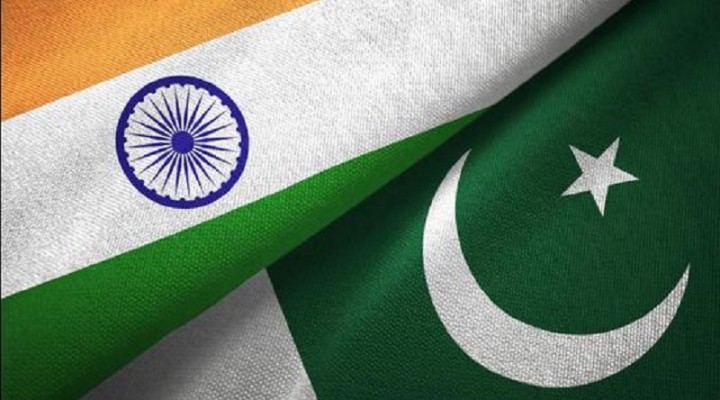 Whether the US continues with its ‘Pivot to Asia’ to more aggressively ‘contain’ China or begins ‘rebalancing’ towards Europe in order to do the same to Russia, the centrally positioned South Asian region of the Eastern Hemisphere in which India and Pakistan are located will remain pivotal in shaping the global balance of power.

The grand strategic calculations of the US’ permanent military, intelligence, and diplomatic bureaucracies (“deep state”) vis-à-vis China and Russia are presently in flux pending the outcome of the undeclared US-provoked missile crisis in Europe. Its further escalation would see the US prioritizing the “containment” of Russia while its potential de-escalation would see it continuing to do the same to China. Either way, the US will inevitably choose to prioritize “containing” one of these two.

No matter the outcome, however, India and Pakistan will play pivotal roles as pressure valves in balancing these New Cold War tensions. That’s because they’re South Asia’s most important states, and their home region sits in the center of the Eastern Hemisphere within which this intensified Great Power competition is taking place. Both Russia and China will come to rely more on those two if they’re prioritized for “containment” by the US.

In the event that the US continues prioritizing China, then Pakistan’s CPEC will become more important than ever for facilitating the People’s Republic’s geo-economic engagement with the rest of the Eurasian supercontinent as well as serving as a shortcut for doing the same with Africa. India’s role would be different since New Delhi could leverage the US-West’s intensified pressure to propose what it could describe as fairer border de-escalation, economic, financial, investment, and tech deals with Beijing.

It would be more difficult for China to sustain its border standoff with India, not to mention the overall distrust in bilateral relations, under the circumstances of intensified “containment” pressure. So long as India retains its recently recalibrated multi-alignment policy that was unofficially unveiled during President Putin’s game-changing visit last month and thus remains seen as a reliable balancing force in Eurasia, China might trust it enough due to New Delhi’s ties with Moscow to consider such deals.

Should the US prioritize Russia, however, then Pakistan’s role would be to concentrate on fulfilling last February’s agreement to build a Pakistan-Afghanistan-Uzbekistan (PAKAFUZ) railway. That would enhance Moscow’s “Ummah Pivot”, enable it to achieve greater overland connectivity with South Asia (and potentially eventually India in the event that Indo-Pak relations improve), and thus preemptively avert any potentially disproportionate dependence on China.

India’s role would be similar in that connectivity sense by concentrating on the North-South Transport Corridor (NSTC) with Russia, Azerbaijan, and Iran as well as the Vladivostok-Chennai Maritime Corridor (VCMC) for the same grand strategic reasons. Furthermore, those two Great Powers could also prioritize their unofficial efforts to assemble a new Non-Aligned Movement (“Neo-NAM”), which would also help Russia preemptively avert any potentially disproportionate dependence on China in that scenario.

This insight suggests that not only will these two South Asian states become more geostrategically significant in terms of shaping the global balance of power in a complementary way, but they might even consider either indirectly coordinating their efforts for maximum benefit or possibly also discretely explore an improvement of bilateral ties. This second-mentioned scenario could see them secretly restart discussions on reviving SAARC in order to bolster South Asia’s global status in the New Cold War.

In any case, observers should start paying more attention to South Asia. Whether the US continues with its “Pivot to Asia” to more aggressively “contain” China or begins “rebalancing” towards Europe in order to do the same to Russia, this centrally positioned region of the Eastern Hemisphere will remain pivotal. As South Asia’s two most important states, each with their own unique relationships with China and Russia, India and Pakistan are expected to play more prominent roles in reshaping the balance of power.