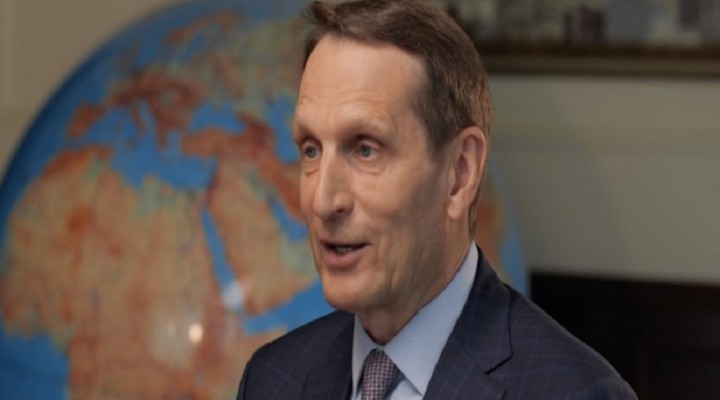 TASS reported on some key excerpts from his latest media appearance where he not only denied that his country has any “main adversaries” like during the Soviet era, but also proposed more cooperation and even a partnership with the CIA in order to fight terrorism and work more closely together on other issues of shared security interests. Curiously, his interview came out on the same day that Presidents Putin and Xi held their latest virtual meeting where they agreed on a host of issues.

Most observers are split in their assessment of Russian grand strategy: those associated with the Mainstream Media (MSM) believe that the country aggressively aspires for “hegemony” while many voices from the Alt-Media Community (AMC) passionately maintain that it’s laser-focused on opposing the US in all spheres no matter what out of principle. Both are wrong since this Great Power’s 21st-century strategy is to become the supreme “balancing” force in the Eurasian supercontinent, to which end its leadership has recently embarked on a diplomatic spree aimed at advancing this ambitious goal.

First, President Putin hosted his Vietnamese counterpart, during which time they agreed to a joint statement for comprehensively strengthening their strategic partnership through 2030. Crucially, that document also included mention of the UN Convention on the Law of the Sea (UNCLOS). This showcased Russia’s sincere intention to play a neutral balancing role in Southeast Asia considering its Chinese strategic partner’s sensitivity towards the way in which the international legal principles enshrined in that convention have been interpreted by some claimants in the South China Sea.

Second, the Russian leader then traveled to India for his first day-long trip outside of his country since the onset of the COVID-19 pandemic last year. It was during this time that the two agreed to a whopping 99-paragraph joint statement which even included a clause about trilateral cooperation in Central Asia, Southeast Asia, and Africa. This was a global geostrategic game-changer since it set the basis upon which these two Great Powers can further align their respective “balancing” acts in Afro-Eurasia through the potential assembling of a new Non-Aligned Movement (“Neo-NAM”).

Third, President Putin then held a virtual meeting with US President Joe Biden the very next day, the second such interaction between these leaders in just the past six months. That was aimed at urgently de-escalating their undeclared US-provoked missile crisis in Europe. Their joint efforts to responsibly regulate their rivalry through the eventual clinching of a de facto “non-aggression pact” would relieve pressure along Russia’s western flank, but which in turn might unwittingly enable the US to redeploy some of its military forces from there to the Asia-Pacific for more aggressively “containing” China.

The fourth and thus far final diplomatic development was the practically impromptu virtual meeting that was announced on Monday between Presidents Putin and Xi for two days later on Wednesday. Considering the context in which these talks are being held, which come shortly after the last three strategically significant developments that occurred in just a week’s time, it’s understandable why President Xi might request some clarification about his counterpart’s intentions since each of those earlier described moves concerned countries that have extremely tense relations with China.

So as to avoid any misunderstanding on the reader’s part, it is absolutely not being implied that anything that Russia has done this month thus far is meant to “contain” China or complicate its security situation. Bilateral ties are better than at any moment in history, are truly “a model of effective inter-state interaction” exactly as President Putin previously described them, and have no chance whatsoever of being weakened through the pernicious divide-and-rule efforts of hostile third parties. Nevertheless, these two comprehensive strategic partners aren’t “allies” and still pursue independent policies.

In practice, this takes the form of Russia’s pragmatic efforts to leverage its geostrategic location and world-class diplomatic experience for the purpose of “balancing” Eurasian affairs in order to prevent the outbreak of conflict between its many competing pairs of states. In pursuit of that noble peacemaking goal, Russia has prioritized improving relations with both sides of many rival pairs, which in this context includes China on one hand and its Vietnamese, Indian, and US rivals on the other. The Kremlin hopes to “gently” adjust the balance of interests and power between them in order to avert war.

According to its calculations, being the common ground between rival pairs of countries can enable the Kremlin to serve as a potential mediator in their disputes. Where this isn’t requested by both sides, it can then leverage its “military diplomacy” to maintain the balance of power between them in order for neither one to gain a decisive edge over the other, which it believes can then encourage them to seek political solutions to their disputes. This is precisely the policy that it’s practicing with Vietnam and India vis-à-vis China.

As for the American dimension of this “balancing” act, Russia has legitimate national interests in relieving the unprecedented military pressure from NATO along its western flank even though the outcome of any potential “non-aggression pact” between it and the US might inadvertently enable the US to redeploy some of its military forces from there to the Asia-Pacific for more aggressively “containing” China. Even so, it’s unlikely that this could involve Vietnam or India since both have now unambiguously signaled that Russia is their preferred military-strategic partner, not the US.

With this in mind, while China might have to worry about the US’ Quad-like Asian network proposal between that country, Australia, Japan, the Republic of Korea, the Philippines, and Thailand that Secretary of State Blinken hinted at during his speech in Indonesia earlier this week, those countries should already have been taken for granted as possible deployment sites since they’re the US’ treaty allies. What’s most important in the larger “balancing” context is that Vietnam and India are removed from that bloc-based equation, which relieves some pressure upon China’s southern flank.

That in turn can encourage it and those two to continue exploring political solutions to their disputes in the South China Sea and Himalayas respectively. In other words, while some ill-intended foreign forces might attempt to manipulate perceptions about the latest recalibrations in Russia’s Eurasian “balancing” act vis-à-vis Vietnam’s and India’s relations with China, the strategic truth is that these moves actually complement the national security interests of the People’s Republic in the grand scheme of things. It’s the American dimension, however, that deserves further clarification.

Therein lies the significance of Sergey Naryshkin’s latest interview. He’s the head of Russia’s SVR foreign intelligence agency. TASS reported on some key excerpts from his latest media appearance where he not only denied that his country has any “main adversaries” like during the Soviet era, but also proposed more cooperation and even a partnership with the CIA in order to fight terrorism and work more closely together on other issues of shared security interests. Curiously, his interview came out on the same day that Presidents Putin and Xi held their latest virtual meeting where they agreed on a host of issues.

Bearing in mind what the country’s spy chief just revealed, there should be no doubt that Russia is truly sincere in reaching a “non-aggression pact” with the US that would be mutually beneficially and globally stabilizing. Naryshkin implicitly contradicted the MSM and AMC assessments of his country’s grand strategy by showing just how “balanced” its intentions actually are. Russia doesn’t consider the US to be its eternal enemy like those two camps surprisingly agree upon, but is only concerned about the consequences that some of its moves have on Moscow’s legitimate national security interests.

If a “non-aggression pact” can be reached, then Naryshkin hinted that the SVR might partner with its CIA rivals on issues of shared security interests like terrorism. In fact, TASS even quoted him as saying that “I respect all intel professionals who seek to make our world safer and don’t consider harming Russia to be their life’s goal.” It should go without saying that this proposed partnership wouldn’t be aimed against any third countries like China, but the optics of a SVR-CIA partnership would certainly be significant, and the very fact that this has been officially proposed confirms Russia’s neutral “balancing” intentions.

This is extremely relevant for better understanding Russia’s recently recalibrated “balancing” act that President Putin likely clarified for his Chinese counterpart during their talks even though it’s unlikely that any mentioning of this will be included in either side’s respective readouts of Wednesday’s conversation. Naryshkin’s proposal to partner with the CIA shows just how non-ideological his country’s foreign policy is, exactly as Foreign Minister Lavrov described it to be in October. Contrary to the MSM’s and AMC’s perceptions, Russia doesn’t consider the US to be an irredeemable rival.

In order to maximally optimize its grand strategic vision of becoming Eurasia’s supreme “balancing” force in the 21st century, Russia absolutely has to “normalize” its relations with the US, which is precisely the intention that spy chief Naryshkin aimed to convey to his American counterpart. This complements President Putin’s diplomatic spree across the present month in engaging his Vietnamese, Indian, American, and Chinese counterparts. All of this is aimed at adjusting the supercontinent’s balance of interests in such a way that Russia can more effectively manage them across the rest of the century.

While America’s peaceful intentions in Eurasia as questionable, Vietnam’s, India’s, and China’s aren’t, which makes Russia indispensable to promoting political solutions to their disputes through its latest moves. Moreover, while the US still arguably aspires to provoke China in the Asia-Pacific – especially through its latest Quad-like Asian network proposal, not to mention AUKUS – it nevertheless does indeed appear sincere in de-escalating tensions with Russia in Western Eurasia (Europe), ergo why Biden agreed to meet twice in just six months with his Russian counterpart.

The evolving scenario suggests that Russia’s latest “balancing” moves in Eurasia, coupled with the potential success of the US’ efforts to renegotiate the Iranian nuclear deal, could result in resolving some of the most pressing security issues in Europe and West Asia. That outcome would in turn shift the supercontinent’s strategic attention to the Asia-Pacific, chiefly concerning some countries’ attempts to “contain” China. Although that People’s Republic might come under additional pressure if US troops from those two aforementioned regions are redeployed there, some pressure valves might also emerge.

In particular, Russia’s latest “balancing” moves with Vietnam and India can reduce some pressure along China’s southern flank, while Moscow’s political coordination with Beijing in Afghanistan and on the Iranian nuclear file could open up new opportunities for the People’s Republic in Central and West Asia. Recalling Russia’s predominant influence in the first-mentioned and its recently growing influence in the second, this would in turn result in the Eurasian Great Power achieving greater strategic importance in the eyes of its partner, which can help it maintain “balanced” relations with China across the decades.

The grand strategic insight shared in this analysis should leave no doubt about Russia’s “balancing” intentions, which were confirmed by President Putin’s spy chief Naryshkin after he called for a partnership with the CIA in the event that their countries responsibly regulate their rivalry. China has nothing to be concerned about since Russia’s spree of diplomatic moves over the past two weeks are aimed at reshaping the supercontinent’s “balance” of interests and power, not destabilizing them. This is being done in order to promote political solutions to disputes and thus ensure peace for everyone.