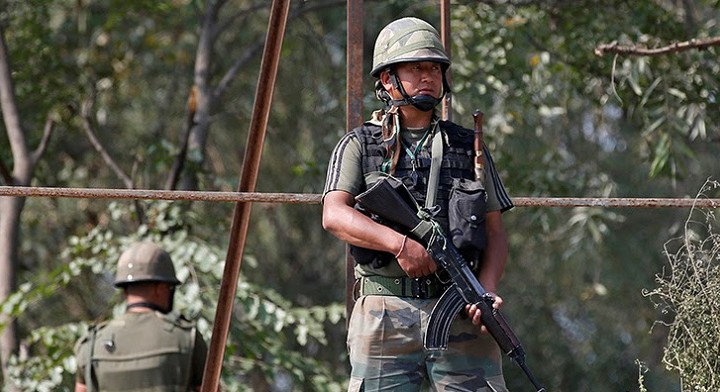 The Southeast Asian country of Myanmar continues to suffer from ongoing political violence which began in February 2021 after the nation’s military ousted the government of Aung San Suu Kyi and her National League for Democracy (NLD) party.

Remnants of the ousted government are now reorganized as the exiled “National Unity Government” (NUG). The NUG claims to control a network of armed groups calling themselves “People’s Defense Forces” (PDFs) utilizing war weapons and carrying out attacks on military, government, and civilian targets. Together with armed ethnic groups who have pursued Western-sponsored separatism on and off for decades since Myanmar gained its independence from the British Empire in 1948, the country remains divided and destabilized.

Despite the Western media’s claims that this is an internal battle between “pro-democratic” forces and a “dictatorship,” it is in actuality a conflict driven from abroad and whose impact is meant to be regional rather than local.

Washington’s role in Myanmar’s ongoing conflict is central. It stems from Washington’s extensive support of Aung San Suu Kyi and her NLD party for decades including at one point hosting the party on US soil in the state of Maryland just outside of Washington DC, as reported by The World in 2012.

The US government through the National Endowment for Democracy (NED) funds programs and organizations involved in virtually every aspect of Myanmar’s internal political affairs. A vast network of media organizations propagating pro-opposition narratives are funded by the US through the NED including The Irrawaddy, Democratic Voice of Burma (DVB), Myanmar Now, and Mizzima. NED support coupled with USAID funding bolster armed ethnic separatists along Myanmar’s borders with Bangladesh, India, China, Laos, and Thailand – giving them just enough resources to perpetuate their armed struggle against the central government, but not enough to establish peaceful, sustainable autonomy.

The goal of this US interference is not only to aid in reasserting Western hegemony over the former British colony, but to also target China and its Belt and Road Initiative (BRI). Ports, pipelines, and roadways have already been built by Chinese companies to connect not only remote areas of Myanmar to the central economy, but also connect Myanmar to its neighbors including China itself. China’s benefit is its ability to move goods and energy from the Bay of Bengal, across Myanmar, and into China without having to pass through straits and seas currently menaced and made vulnerable by the United States Navy.

Severing China’s BRI, eliminating one of Beijing’s regional partners, and setting a precedent to repeat the process across the rest of Southeast Asia are all key contributing factors behind Washington’s enthusiastic and continuous involvement in Myanmar’s internal political affairs.

Myanmar’s neighboring states also play a role – sometimes willingly, sometimes not, and sometimes with a complicated mix of both.

Thailand, for example, hosts a large number of NED-funded fronts engaged in supporting sedition inside Myanmar. This includes the often-cited Assistance Association for Political Prisoners (AARP) whose founder Ko Bo Kyi is an NED fellow and fabricates death and detainee statistics despite not being located in Myanmar but instead across the border in Tak Province, Thailand. Often, NED-funded organizations targeting Myanmar from inside Thailand link up with NED-funded fronts undermining Thailand itself.

The current Thai government has attempted to avoid directly addressing all US-funded activity within its borders – perhaps in fear of what the US would do openly if its more indirect measures were denied to it. Thai opposition parties – benefiting themselves from NED-funded activities – have openly called for measures to restore US-backed opposition groups to power in neighboring Myanmar.

Thus, US-sponsored interference inside Thailand is complicating Thailand’s ability to deal with organizations using its territory to target and destabilize its neighbors.

A similar situation is taking place in India, particularly in its northeastern state of Mizoram.

Here, armed separatists from Myanmar’s Chin ethnic group base themselves just out of reach of Myanmar and its military. They train, maintain weapons, and coordinate with fronts posing as “nongovernmental organizations” (NGOs) before crossing over the border to carry out armed attacks inside Myanmar.

Far from accusations made solely by Myanmar’s own government or Russian and Chinese media, India’s role hosting armed militants active in Myanmar’s current crisis has been exposed by the Western media, Reuters in particular.

Their article, “In Myanmar’s Chin state, a grassroots rebellion grows,” would contradict its own title by claiming under the very first image featured, “A Chinland Defence Force fighter poses for a photograph at an undisclosed location near the India-Myanmar border, in the northeastern state of Mizoram, India.”

This is not the first time India has played host for US-sponsored militants. During US-backed militancy in China’s Tibet Autonomous Region, fighters being trained, armed, funded, and directed by the Central Intelligence Agency (CIA) would be harbored in neighboring countries including India. Washington’s exiled Tibetan client regime was and still is based in India.

Both the CIA’s failed militancy in Tibet and now ongoing violence in Myanmar serve the overall goal of encircling and containing China while maintaining Western primacy over all of Asia. For many of India’s more hawkish political circles, this agenda is more than agreeable.

Will Myanmar Become Another Libya, or Another Syria?

India’s enthusiasm or lack thereof regarding its role in Myanmar is difficult to gauge. India is a politically complex nation with the second largest population on Earth and a nation facing many challenges both within its borders and beyond them. While many paint the nation with broad strokes and attempt to depict it as overwhelmingly “anti-China” and that its role in fomenting chaos in Myanmar at China’s expense should come as no surprise, India has nonetheless made strides in building better ties with its neighbor to the north all while this conflict unfolds.

India is a member of the Shanghai Cooperation Organisation (SCO). It counts China as a major trading partner and shares with China as a major strategic ally, Russia. In reality, there is nothing India nor any other nation in Asia can gain by stirring up conflict in the region, and all nations, especially India, will benefit from a peaceful, prosperous Asia and closer, friendlier ties with China.

Washington’s other proxy conflicts have made one thing abundantly clear, should the US-sponsored opposition “win,” all of Myanmar will lose and along with it much of Southeast Asia. Failing to break the momentum of US intervention – direct or indirect – means that once one nation has collapsed, this momentum will be used to target the next. Myanmar itself will be rendered a permanently failed state and remain a threat to its immediate neighbors and the rest of the region for many years to come.

In recent weeks the world watched as Russia and its allies collectively responded to US-sponsored sedition and violence in Central Asia’s Kazakhstan. Myanmar does not enjoy a relationship with another nation in the same way Kazakhstan does with Russia. However, lesser action collectively committed to by Myanmar’s neighbors and partners could complicate support for opposition militants and ease the impact of Western sanctions and other efforts being made to cripple Myanmar’s economy and society.

The US leads a global, industrial-scale regime change apparatus few nations alone can resist without significant and protracted costs. It is perhaps time for nations to both collectively acknowledge this threat, and organize a collective defense against it.

How the New York Times Lies about the Crisis in Myanmar

Myanmar Dumps the US Dollar for China’s Yuan

US Citizen Danny Fenster Released by Myanmar: The Rest of the Story…

American Released from Myanmar Was Part of US Regime-Change Machine