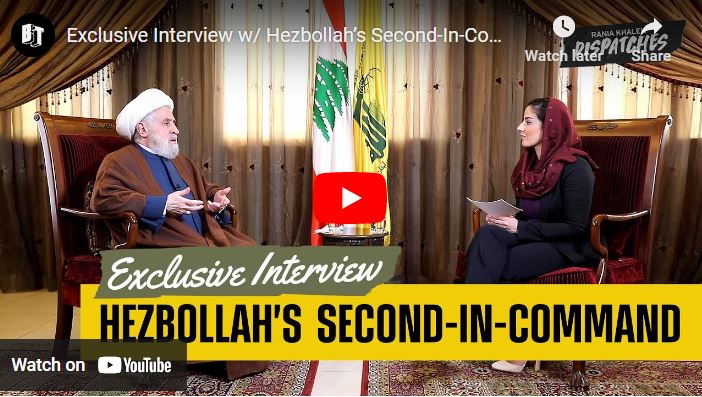 BT’s Rania Khalek sat down with Sheikh Naim Qassem, deputy secretary-general of Hezbollah, in Beirut, Lebanon. Hezbollah began as a resistance movement against Israeli occupation of southern Lebanon and has since grown to become a regional player across the Middle East.

They discussed Hezbollah’s role in Lebanon and the region as well as the group’s view on global developments. This is Qassem’s first interview with an English-language outlet based in the West since the BBC sat down with him in 2019.