HOME / WORLD / The fragmentation of Fateh 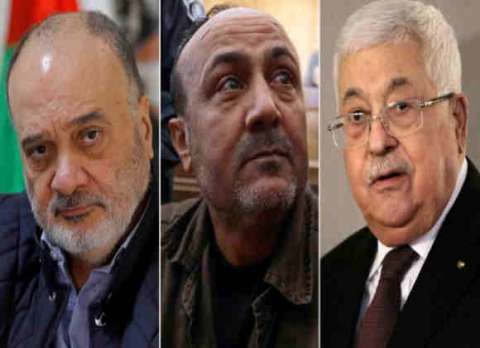 Palestinian President Mahmoud Abbas may come to regret calling Palestinian legislative elections next month. As nominations closed, the omens were not looking good for his Fateh movement. The 36 candidate lists registered with the election commission – 13 of which have so far been approved – included three rival Fateh slates:

– The ‘future’ slate bankrolled by Muhammad Dahlan, the UAE-based former Gaza security chief who was subsequently expelled from Fateh.

This marks an unprecedented rift within the dominant Palestinian political movement which threatens not only to deny it a majority in the legislature but also its historic leadership role and control of the Palestinian Authority (PA), Palestine Liberation Organisation (PLO) and other Palestinian institutions such as the National and Central Councils.

And while Fateh’s divisions mean its vote will be fragmented, its chief rival Hamas presented a single slate commanding the solid support of its voter base in the West Bank and Gaza Strip.

The latest opinion polls suggest Barghouti’s list has the backing of 28% of voters, with the pro-Abbas and Hamas lists on 22% each. That means an alliance between Barghouti, Hamas and other factions, which is likely, could win a majority in the legislature and form the next government. The parliamentary leader of that alliance would also become interim PA president if the post were to fall vacant.

Barghouti resisted pressure and inducements to back down from fellow Fateh leaders – conveyed by Hussein ash-Sheikh who was sent to see him in his Israeli jail — and is now expected to challenge Abbas in the presidential elections that are due to follow the legislative vote.

There had been talk within Fateh that the reason Abbas named Aloul as head of the Fateh slate was to avoid having to nominate a successor for the PA presidency in order to retain the loyalty of members of his inner circle. He apparently wants the succession to be decided after he has left the scene, on the assumption that Fateh controls the legislature and Aloul is its speaker.

But that was before the bombshell of Barghouti’s alliance with Qidwa. Defying threats to expel them from the movement, the pair appear determined to oust Abbas and his entourage and reinvigorate and rebuild Fateh.

Abbas’ advisor Nabil Shaath conceded in an interview that there were differences and divisions within the movement, but predicted the Barghouti-Qidwa slate would withdraw before the elections. This sounds like wishful thinking. Barghouti refused to hold a second meeting with ash-Sheikh, and Aloul tried to cajole his wife Fadwa in talks that went on until 3 a.m. but failed to persuade her not to register the rival slate with the election commission.

There are growing doubts that the election will take place on schedule. Sceptics say that if Abbas feels his slate cannot win a majority, he may use Israel’s refusal to allow East Jerusalem residents to take part in the vote as a pretext to call it off.

Barghouti has become the kingmaker of Palestinian politics. His popularity extends beyond Fateh to a broad range of Palestinians inside and outside Palestine. He is seen as being above party or faction, and thus poses the single biggest challenge to Abbas and his entourage and their monopoly of power.

The build-up to elections and the Palestinian public’s engagement have had the effect of casting a large rock into a stagnant pond. Regardless whether voting goes ahead or is postponed, the leadership’s iron grip on power is being loosened and new blood injected into the Palestinian body politic. We are approaching a new stage, with new leadership, in which the priority reverts to resisting the occupation by all available means. That should entail withdrawing from all agreements stemming from the Oslo Accords, especially security cooperation, and perhaps dissolving the PA itself.

0 thoughts on “The fragmentation of Fateh”