HOME / WORLD / The PA should show real solidarity with human rights groups, not exploit their predicament 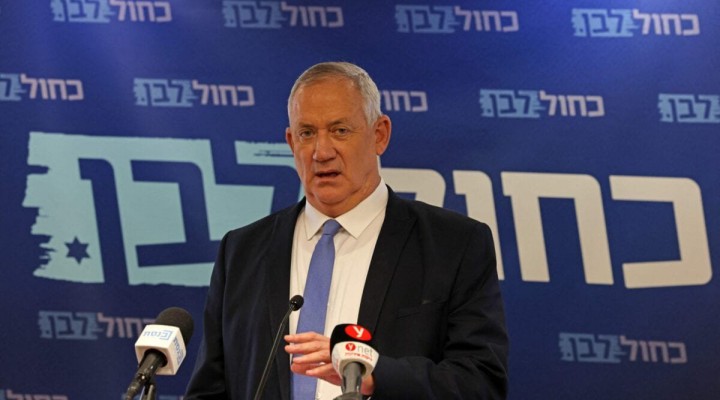 The Palestinian Authority has found another issue to attach to its political agenda in an attempt to divert attention away from the fact that its leadership has lost all credibility. Israeli Defence Minister Benny Gantz’s decision to designate six Palestinian civil society groups as “terrorist organisations” elicited widespread condemnation. The PA obviously felt duty bound to express similar sentiments, even though its actions against the Palestinian people — security collaboration with the Israeli occupation forces, for example — tells us a lot about where its heart really lies.

Earlier this week, PA leader Mahmoud Abbas received representatives from the groups in question: Al-Haq, Addameer, the Union of Agricultural Work Committees, the Bisan Centre for Research and Development, Defence of Children International-Palestine, and the Union of Palestinian Women’s Committee. During the meeting, Abbas stressed “the need for a concentrated Palestinian effort to confront this challenge imposed by the Israeli occupation.” He insisted that, “There will be official Palestinian action on the international level to confront [Gantz’s] decision.” So far, no action has been specified or forthcoming.

Gantz’s designation is likely influenced by the fact that Palestinian rights organisations have been at the forefront in providing information incriminating Israel at the International Criminal Court. Al-Haq’s General Director, Sawan Jabarin, described the Israeli action as coming “in the aftermath of Israel’s failing to dry the resources and shut Palestinian civil society organisations down, specifically given the ongoing support by the civil society groups’ partners.”

Can the PA go beyond its perfunctory duty? Undoubtedly, Gantz’s decision needs to be challenged politically, but the PA itself is too deeply mired in functioning as an extension of Israel’s colonial violence to garner any credibility.

How does the PA expect human rights organisations in Palestine to be supported, when it routinely employs punitive measures against Palestinians who oppose its politics? Nizar Banat’s murder at the hands of the PA security services may well stand out as the most horrific atrocity this year, but many other Palestinians have been persecuted by the PA merely for exposing the fallacy of a leadership that works for Israel’s benefit and against human rights.

Let us not forget that in March this year, the PA sought control over Palestinian civil society organisations, prompting a statement from Al-Haq which noted that the decision coincided with Israel’s efforts to delegitimise human rights work and threaten individuals working in such organisations. Al-Haq noted that since its establishment, the PA has “dealt with CSOs with an eye of mistrust and suspicion, rather than as partners and monitors of the human rights situation to promote rights, freedoms and principles of transparency and good governance.”

Benny Gantz’s decision is unlikely to change such a perception. Accountability is not one of the PA’s strong points; the charade of appearing to care for and protect human rights protection is more of a propaganda exercise for the PA than anything serious. Just as it did on several other occasions, such as the Palestinian prisoners’ issue, or Khan Al-Ahmar, the PA has glimpsed an opportunity to exploit the predicament of the Palestinians and their institutions. Sitting down with civil society organisation representatives is easy, but a true statement of solidarity would see the PA alter its politics and stop cherry-picking which human rights to support, which to threaten and which to exploit.

0 thoughts on “The PA should show real solidarity with human rights groups, not exploit their predicament”