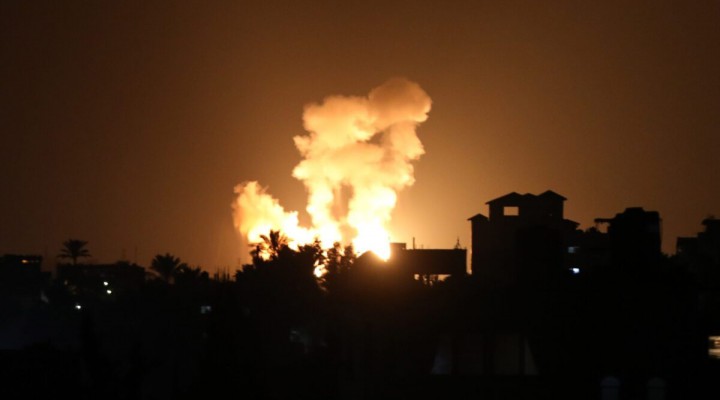 Israel’s concern with its public image was on display yesterday, when local media reported that former Israel Defence Forces (IDF) Major General Nitzan Alon has described this year’s bombing of the high-rise building which housed the Associated Press (AP) and other media offices in the Gaza Strip as a self-inflicted “public relations terror attack”.

Furore erupted on social media as the building collapsed in May. Israel tried to justify the attack by alleging that resistance group Hamas was using the site to store equipment. This claim was countered by AP’s President and CEO Gary Pruitt: “We have had no indication Hamas was in the building or active in the building… We would never knowingly put our journalists at risk.”

At the time, the Foreign Press Association issued a statement which said, in part, “Knowingly causing the destruction of the offices of some of the world’s largest and most influential news organisations raises deeply worrying questions about Israel’s willingness to interfere with the freedom of the press.” On a similar note, Pruitt said, “The world will know less about what is happening in Gaza because of what happened today.”

The violations committed by Israel cannot be missed or overlooked, both in terms of evidence and in the statements issued in the aftermath. Israel’s prime concern, however, is not that its actions constituted a violation or even a war crime, but rather that they might have damaged international perceptions of its “self-defence” security narrative. “The operation benefit was not worth the damage that it caused diplomatically and in terms of perception,” insisted Alon.

Up until now, Israel’s security narrative has been endorsed by the international community with little or no criticism. Israel relies heavily on its branding as an innovative and humanitarian state, which helps to disguise its colonial violence by promoting its achievements in various hi-tech sectors. It is this image of Israel that the world has endorsed, to the detriment of the Palestinian people.

If the Israeli army is concerned that it has tarnished its image, a small step in the right direction could be for the international community to link the destruction of foreign media offices to the blocking of reports about settler-colonial violence, even if temporarily. However, there is also the chance that the admission about the PR damage only arose because international media offices were targeted.

Even if that is the case, though, diplomatic “concerns” about the bombing did not extend to holding Israel to account. German government spokesman Steffen Seibert failed to condemn the destruction. “We stand behind Israel’s right to self-defence” he declared in May. “We trust that Israel acts with a sense of proportion and within the framework of proportionality.” Such trust is badly misplaced, not least because an occupation state has no legal right to claim that it acts in “self-defence” against the people living under its occupation.

Ultimately, Israel’s brief admission will be forgotten if the international community, as is the norm, fails to act to end Israeli impunity. The disregard for Palestinians is evident in Alon’s words; the army’s concern is related to how it can shoot, bomb and kill Palestinians without attracting unwanted attention. This is a tactic that the international community is not averse to using when it comes to Palestinian rights. Indeed, the likelihood is that Israel’s introspection will be used to justify its impunity the next time it decides to bomb the Gaza Strip. Israel sets the parameters and the world merely acquiesces to the demands of the apartheid, settler-colonial state.

Israel's introspection will be used to justify its impunity