HOME / WORLD / Except for Palestine: The Limits of Progressive Politics 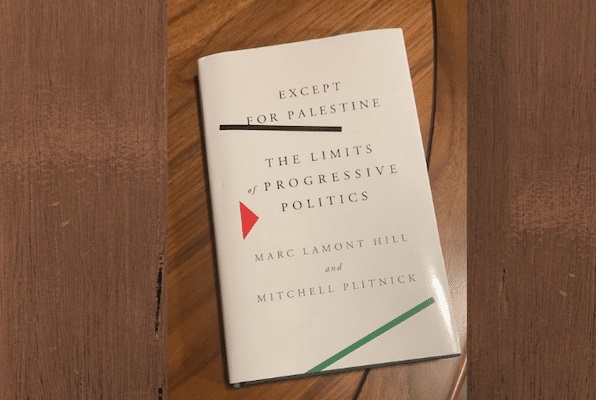 If Palestine is treated as an exception, the settler-colonial narrative is legitimised. Mark Lamont Hill and Mitchell Plitnick’s book, Except for Palestine: The Limits of Progressive Politics is an accessible, in-depth analysis that takes US politics to task for normalising both Israel’s colonial violence and, as a result, the oppression of the Palestinian people. It is an embedded status quo that drives a duplicitous stance in the US when it comes to humanitarian values and to who these are politically applied.

The authors dispel one notion immediately – the former US President Donald Trump was not an exception in US politics other than his overt approach, which broke tradition in terms supporting both the two-state diplomacy and Israel’s colonial expansion. This point is reasserted in the book – a welcome departure from the mainstream analysis that fragmented Palestine by not connecting to earlier diplomacy. It is through an assessment of the Biden administration’s policy decisions so far, as well as previous administrations’ policies which were intended but not implemented, that the authors illustrate Trump’s actions – which the current administration will not reverse.

Lamont Hill and Plitnick write: “US policy on Israel rests upon decades of decisions that have been supported, either through an active endorsement or silent complicity, by the American left.”  Juxtaposing Palestinians against other issues such as immigration to the US, which elicited a severe response against the Trump administration, the authors illustrate how values rhetoric is applied differently, and Palestine is selected for exceptionalism, in terms of both oppression and oblivion.

Against a backdrop that delves into the Zionist colonisation of Palestine, the book explores how the US enabled Israeli authoritarianism. A thorough discussion ensues, touching upon Israel’s “right to exist”, the criminalisation of the Boycott, Divestment and Sanctions Movement (BDS), the Trump administration’s policies, and Gaza. Through these issues, Lamont Hill and Plitnick show not only US involvement, but also how US politics shape discourse on Palestine – the latter recently shifting yet not enough to collectively advocate for the Palestinian people’s political rights.

This book is on the shortlist for the Palestine Book Awards 2021, please click here to read the full review on the Palestine book awards site.

0 thoughts on “Except for Palestine: The Limits of Progressive Politics”