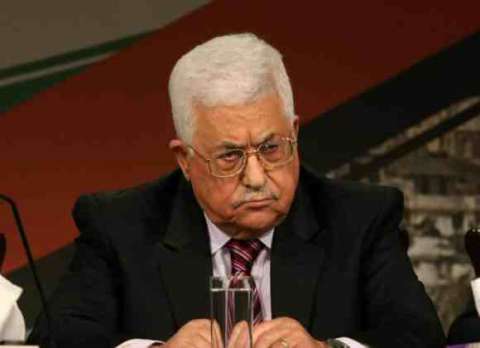 Most Palestinians don’t believe or trust their ‘president’. His only real option is to quit.

Palestinian President Mahmoud Abbas seems oblivious to the fact that a broad swathe of the Palestinian people – whether in the occupied homeland or the great majority who live in exile – have long ceased to believe or trust him, his Palestinian Authority (PA), or its leaders and institutions. Nor does he realise that Palestinian resistance – against both the Israeli occupation and the PA – is making a powerful comeback.

This must be said – for the thousandth time – in response to the threat Abbas made, during a meeting at his Ramallah headquarters on Saturday evening with dignitaries from Hebron and Bethlehem, to resort to ‘alternative options’ in dealing with the Israeli occupation: such as demanding implementation of the UN’s 1947 partition resolution; or the creation of a single state in all historic Palestine that provides equal political and civil rights to all its inhabitants, rather than a mini-state tasked with facilitating the occupation and its apartheid system.

These supposedly bold remarks were made after Abbas suffered a series of humiliating and demeaning blows: Israeli Prime Minister Naftali Bennet scornfully refused to meet with him; the White House failed to respond to his request for an audience with President Joe Biden during the United Nations General Assembly session in New York; and after Israeli Defence Minister Benny Gantz paid him a visit in August, he declared that the current Israeli government does not believe in a two-state solution and won’t be holding any peace talks.

If Abbas thinks his threat to revert to previous PLO positions will frighten the Israeli occupier state, he is deluded. That state harbours nothing but contempt for him. It is firmly convinced that he needs it more than it needs him. It exercises effective control over his security apparatus. It even enabled him to pay the salaries of his employees with a $500 million emergency loan he begged for to avert the collapse of the PA. Has anyone ever heard of a national ‘liberation’ movement borrowing money from its occupier to help sustain its occupation?

Israel knows perfectly well that Abbas might talk the talk, but does not, and never will, walk the walk. It treats him and the PA as a glorified municipal council whose authority is confined to things like collecting sewage, and whose function is to protect Israeli settlements and settlers and spy on Palestinian resistance activists on its behalf. He only has two real options left: either to quit or to quit. Even he must have read about the latest opinion polls showing that 80% of Palestinians want him to resign.

A third intifada is in the making in the West Bank. The majority of the Fateh movement’s grassroots members want it to revert to its original purpose as a liberation movement. The same applies to other Palestinian groupings such as Hamas, Islamic Jihad, the Popular Front for the Liberation of Palestine (PFLP) and many more. The ten martyrs killed in the latest confrontations with occupation forces in Nablus, Jerusalem, Jenin, and Hebron bear testimony to this.

‘Other options, such as reverting to the 1947 partition or a single democratic state, cannot be pursued by an authority that borrows money from its enemy to cover its expenses and deems ‘security cooperation’ a sacred duty. Only a third mass uprising, which is steadily taking shape, can achieve those noble goals. To claim otherwise is nonsense.

0 thoughts on “Mahmoud Abbas and his ‘threats’”